The Labour MP spoke to Naga Munchetty about the party’s measures to tackle the cost of living crisis, but as the presenter grilled him over the plans, BBC viewers took to social media to slam Naga’s interviewing and criticising her for “attacking” the MP and telling her it was “time to give up”.

Starting the interview, Munchetty remarked: “Jonathan Reynolds, good morning to you. What is the Labour Party proposing to help people with the cost of living?”

“We’ve been setting out for quite some time responses that match the scale of the crisis people are facing. 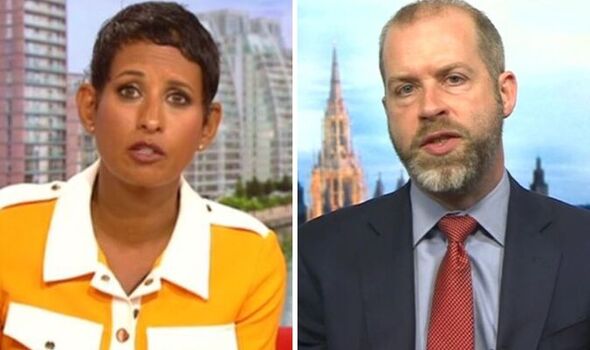 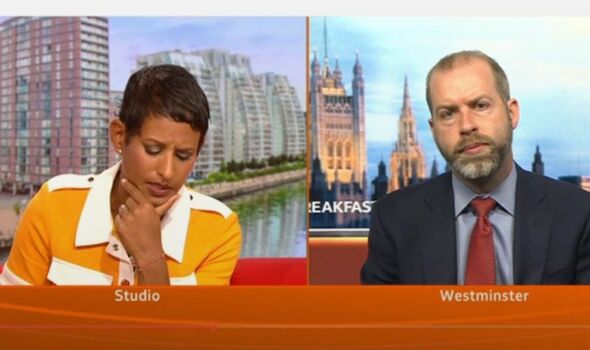 “We’re going to respond with interventions that make a difference to people – so as well as what we’ve already laid out with that windfall tax, I can tell you today that part of that will be ending the practice of people who pay for their energy in advance through prepayment metres being charged more than people who pay by direct debit.

“That’s about four million households across the UK, and the intervention to stop them being charged more will be worth about £200 extra to them up to March next year.”

He added: “We recognise fundamentally the scale of the crisis, we know action is required-“

“Sorry,” Munchetty interrupted. “For prepayment and customer, you say you’ll save them up to £200 until next year, savings or next year, but BBC’s research department took a look – if you look at this, actually, a prepayment customer would say £46 on this, it barely touches the sides whether it’s £200 or £46, does it?” 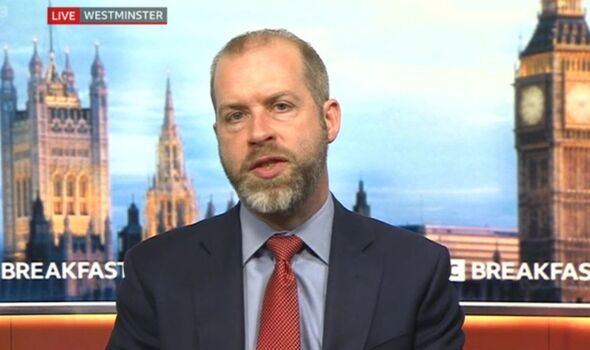 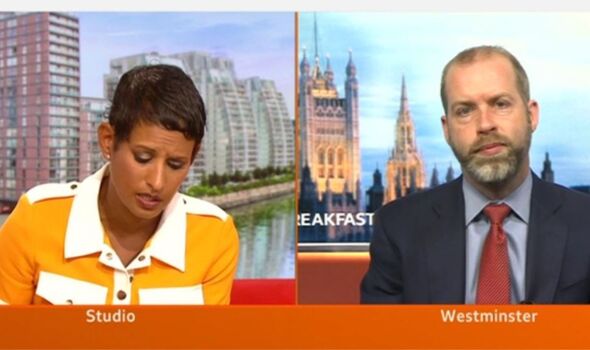 “Well it’s all part of the response so this specifically will be £84 between October and December this year and a further £100 between January and March next year.

“But it’s only a part of it – you’re right to say that, you add that to the up to £600 people will be getting to our increased warm homes discount through that windfall tax.”

Munchetty asked: “How much involvement is the former Prime Minister Gordon Brown [having] when it comes to planning policies that Labour is going to lay out?”

As Reynolds began to answer, Munchetty cut in: “I ask this because he has been talking about what he believes should be done and we haven’t heard anything from Keir Starmer.”

She added: “What are we hearing from Keir Starmer now? The cost of living crisis is now.”

“Well, as I say from the beginning of this year-” Reynolds began.

“No, no – today,” Munchetty probed. “Are we in an existing crisis today, right now?”

As Reynolds agreed, she asked: “Why are we not hearing from the Labour Party?”

But it didn’t take long for viewers to respond to the BBC presenter’s interview, with several taking to social media to blast her approach.

Twitter user Tom Drysdale wrote: “@TVNaga01 giving @jreynoldsMP a really hard time on #BBCBreakfast about the #EnergyCrisis, momentarily forgetting that it’s actually the #Tories who are in power!

“Also, puffing up that useless old dinosaur #GordonBrown for some reason!”

Ron Jarrett fumed: “Making an a*** of this interview Naga, time to give up I think. Nasty attitude #BBCBreakfast.”

@snaphappycat echoed this, writing: “Here we go again #naga this time attacking the opposition for the crises caused by the current govt #bbcbias #bbcbreakfast.”

Not everyone had the same views though, with @Skazztown responding: “Naga rocks!!! #BBCBreakfast.”

@lesdouglass argued: “@BBCBreakfast If the LABOUR party unveil new measures to tackle the COST of LIVING!! IT WILL BE A MIRACLE!!”