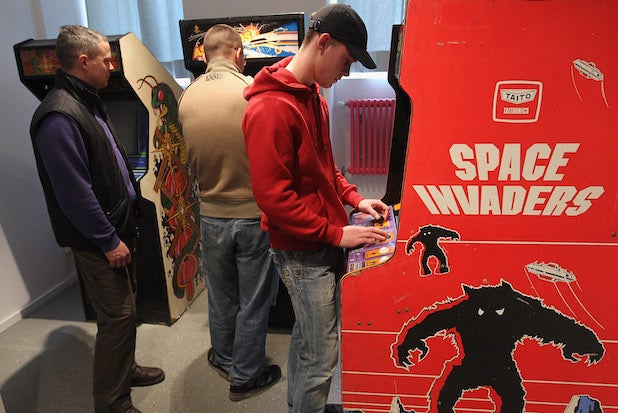 Greg Russo — the writer of the “Mortal Kombat” movie reboot — has been hired to pen the screenplay for the “Space Invaders” movie at New Line, an individual with knowledge of the project told TheWrap.

“Space Invaders” is based on the 1978 arcade game created by Tomohiro Nishikado and first manufactured and sold by Taito in Japan.

Warner Bros. picked up the rights to the video game in 2014, and Akiva Goldsman is producing the film for his Weed Road Pictures alongside Joby Harold and Tory Tunnell for Safehouse Pictures.

The fixed shooter arcade game required players to battle off wave after wave of pixel-y alien hordes while defending three bases at the bottom of the screen. It was a huge hit in the ’80s after being licensed in the U.S. by the Midway division of Bally, and it’s among the highest-grossing video games of all time.

Russo has emerged as a popular candidate for video game adaptations, as he also wrote the script for New Line’s own reboot of “Mortal Kombat.” TheWrap reported that “The Raid: Redemption” star Joe Taslim is lined up to play Sub-Zero in the film, which is set to go into production in South Australia later this year.

Russo was also hired to adapt the video game “Saints Row” for director F. Gary Gray, and he was hired to rewrite the currently untitled reboot of the “Resident Evil” franchise of films originally based on the horror video games.