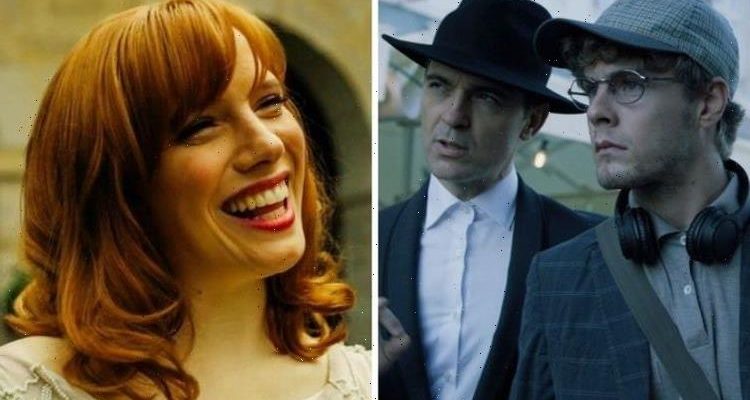 The ex-wife and son of Berlin (played by Pedro Alonso) returned in some revealing flashbacks in the latest season of Money Heist. The professional criminal was shocked to discover Tatiana (Diana Gómez) and his son from an earlier marriage Rafael (Patrick Criado) had been having an affair, and fans of the thrilling Netflix series were even more surprised to see them come back in the present day.

Fans wasted no time in binge-watching the final episodes, but some of them couldn’t help but notice some potential plot holes in the last hurrah for the popular series.

The Spanish phenomenon is now at an end, though luckily Money Heist fans still have an upcoming spin-off centred on Berlin to look forward to.

In the meantime, Netflix subscribers are still reeling from the twists and turns which capped off the final five episodes.

After revealing more about their lives before meeting the Professor (Álvaro Morte), Tatiana and Rafael finally showed up for the first time in the present day.

Unfortunately for the surviving team, the return of Berlin’s family didn’t track with popular fan theories and they, in fact, had a plan of their own.

Tracking the gold to the Professor’s hideout, Tatiana and Rafael show up at the Stormwater tank disguised as police and arrest the mastermind and his crew.

Removing their disguises, it’s revealed they and a team of rival criminals have managed to steal the Bank of Spain gold for themselves.

The Professor is forced to adapt his plans in the final seconds and desperately tries to recover the precious loot from its hiding spot under a plot of land.

Money Heist’s last-minute twist certainly made for a riveting conclusion, but some viewers were left rather puzzled by Tatiana and Rafael’s sudden ambush.

One viewer took to Reddit to speculate whether there could have been a simpler solution to the criminals’ scheme.

User Macadamia1 posted: “If they knew about the robbery and they knew exactly which storm drain they’d be hiding in, why not buy the property years/months ago?

“Alicia and the Professor would have never found the gold.”

Tatiana and Rafael’s poor planning ends up wasting valuable time, and the Professor and his new ally Alicia Sierra (Najwa Nimri) are eventually able to track down the gold.

However, this viewer suggested Berlin’s ex-wife could have gotten away with the riches scot-free if they had simply planned their counterattack earlier.

“It’s hard to believe Tatiana would wait till the heist started and then just hope there’s property for sale,” they said.

“Kind of a buzzkill for me. Once I thought of it, I couldn’t un-think it during the last 30 minutes.”

Other fans reminded the original poster that Tatiana was convinced the plan wouldn’t go ahead.

User mhfan_india said: “It was only after the heist started they started planning to steal the gold if the hard part ie. getting the gold out of the bank and converting them to bars was done.

“Also in a big city, there is always property available for a price.”

Tatiana and Rafael were able to quickly set their plan in motion once the heist started, but they could have left the Professor high and dry if they had been a little more forward-thinking.

Money Heist seasons 1-5 are available to stream on Netflix.