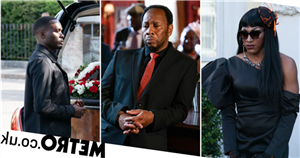 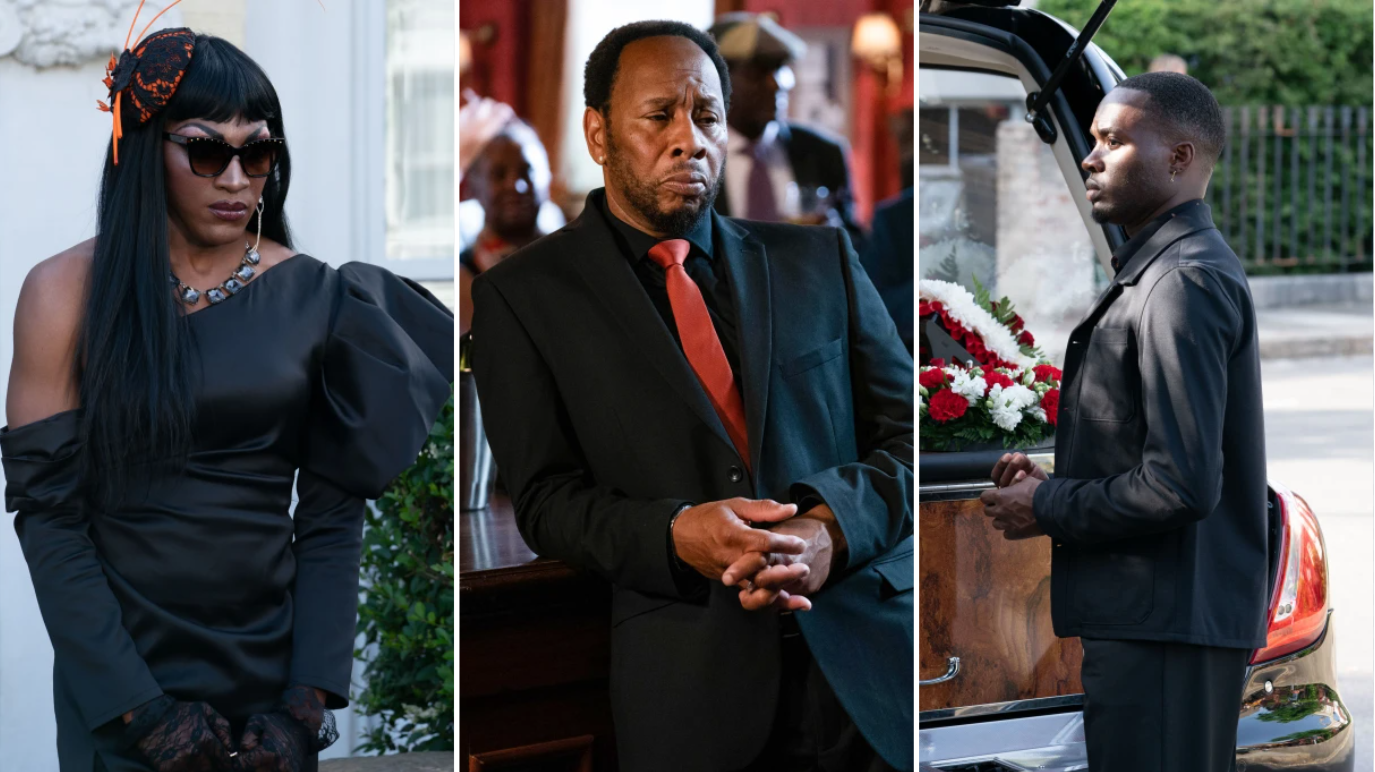 Mitch Baker (Roger Griffiths) has had a lot to deal with recently in EastEnders.

As well as meeting Felix (Matthew Morrison) and Finlay (Ashley Byam) for the first time in years, Mitch has said goodbye to his brother, Avery (Omar Lye-Fook), who died after battling cancer.

Felix and Finlay are now living with Mitch, Karen (Lorraine Stanley), Bernie (Clair Norris) and Bailey (Kara Leah Fernandes) after it became apparent Avery had died without a penny to his name.

It’s been a chaotic few weeks but soon, the family come together so they can say goodbye to Avery.

As the funeral gets underway, Mitch is dismayed when Tara Misu arrives instead of Felix.

At the wake, Mitch realises his mistake, aware Felix only did this for Avery.

After apologising, Mitch is emotional as he listens to Tara give a touching, moving tribute to Avery.

Later on, Felix and Finlay head outside and release a dove – the perfect way to end a beautiful funeral.

So, as Felix and Finlay begin to move forward, what will the future hold for them in Walford?