MEGAN Barton-Hanson sets pulses racing as she displays her toned and bronzed bod in a sexy snakeskin-print green bikini. 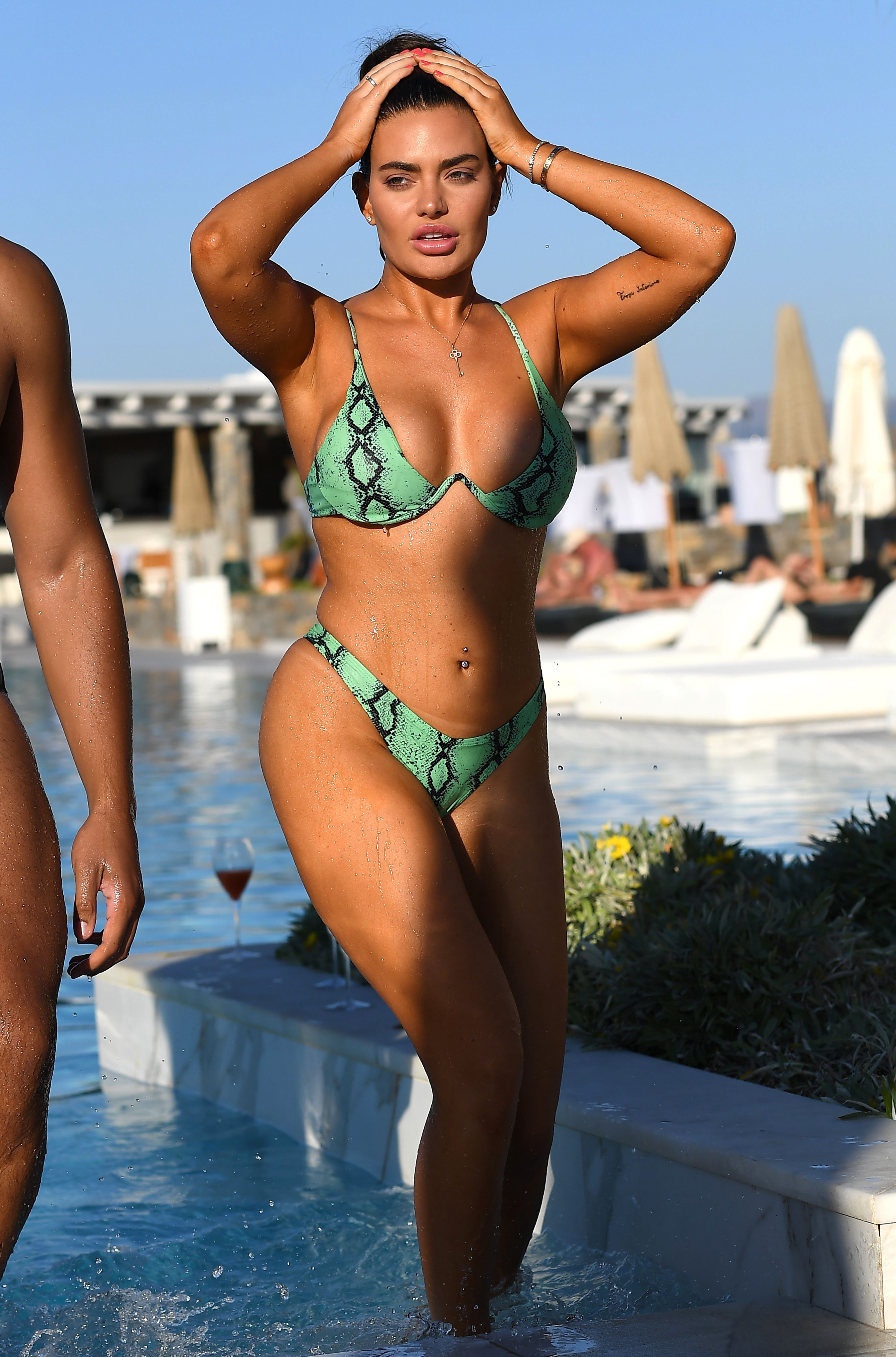 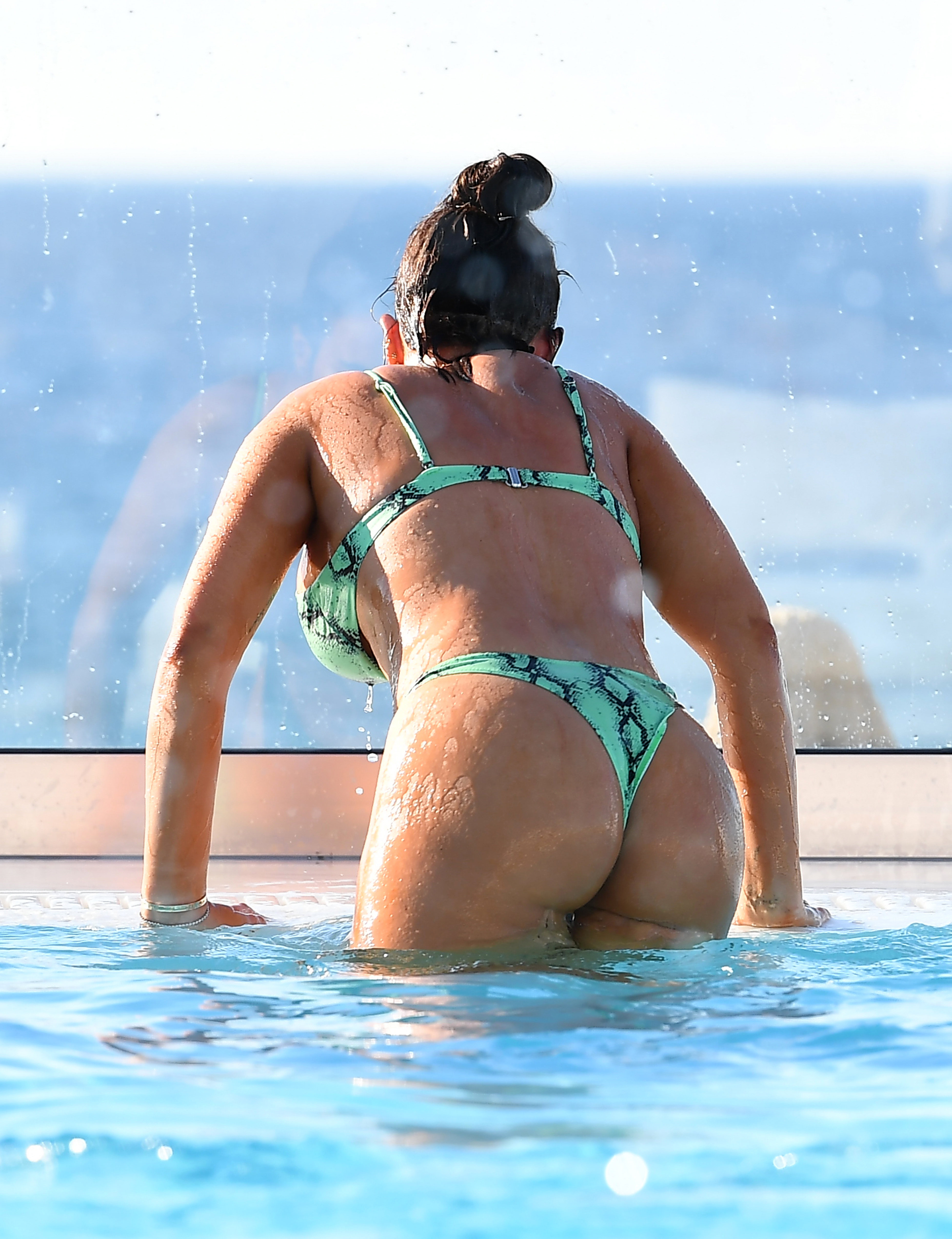 The 25-year-old beauty oozed confidence around the swimming pool as she frolicked with an inflatable  on the sun-soaked Greek island.

The star, who recently dyed her hair brunette, showed off her toned physique in the sexy swim-wear that left little to the imagination.

She was pictured adjusting the skimpy bra on numerous occasions – and wasn't shy in showing off her bottom in a thong.

When she wasn't being playful in the pool, she was lounging alongside co-stars Jack Finchman and Nathan Henry whilst enjoying a cocktail. 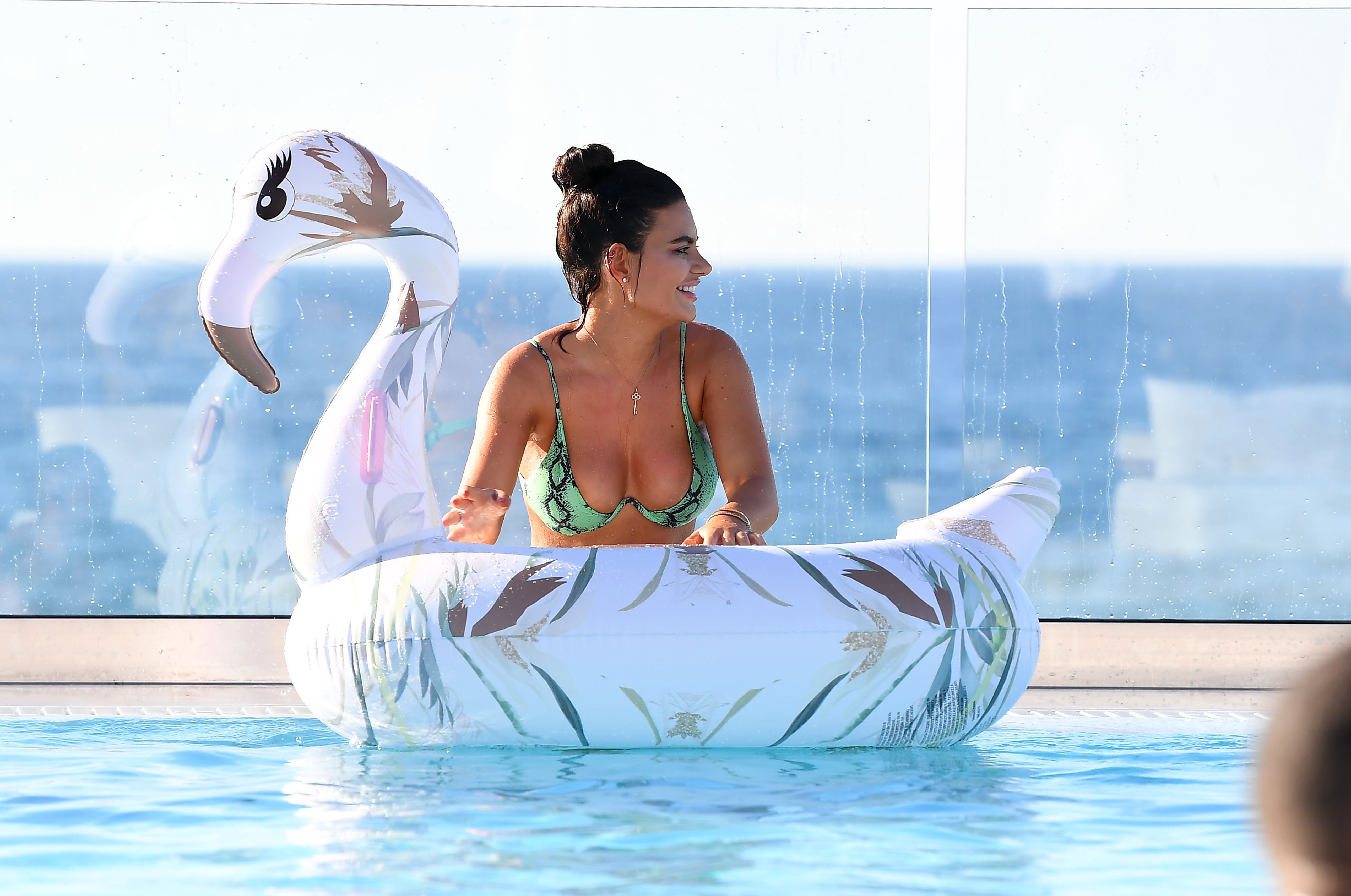 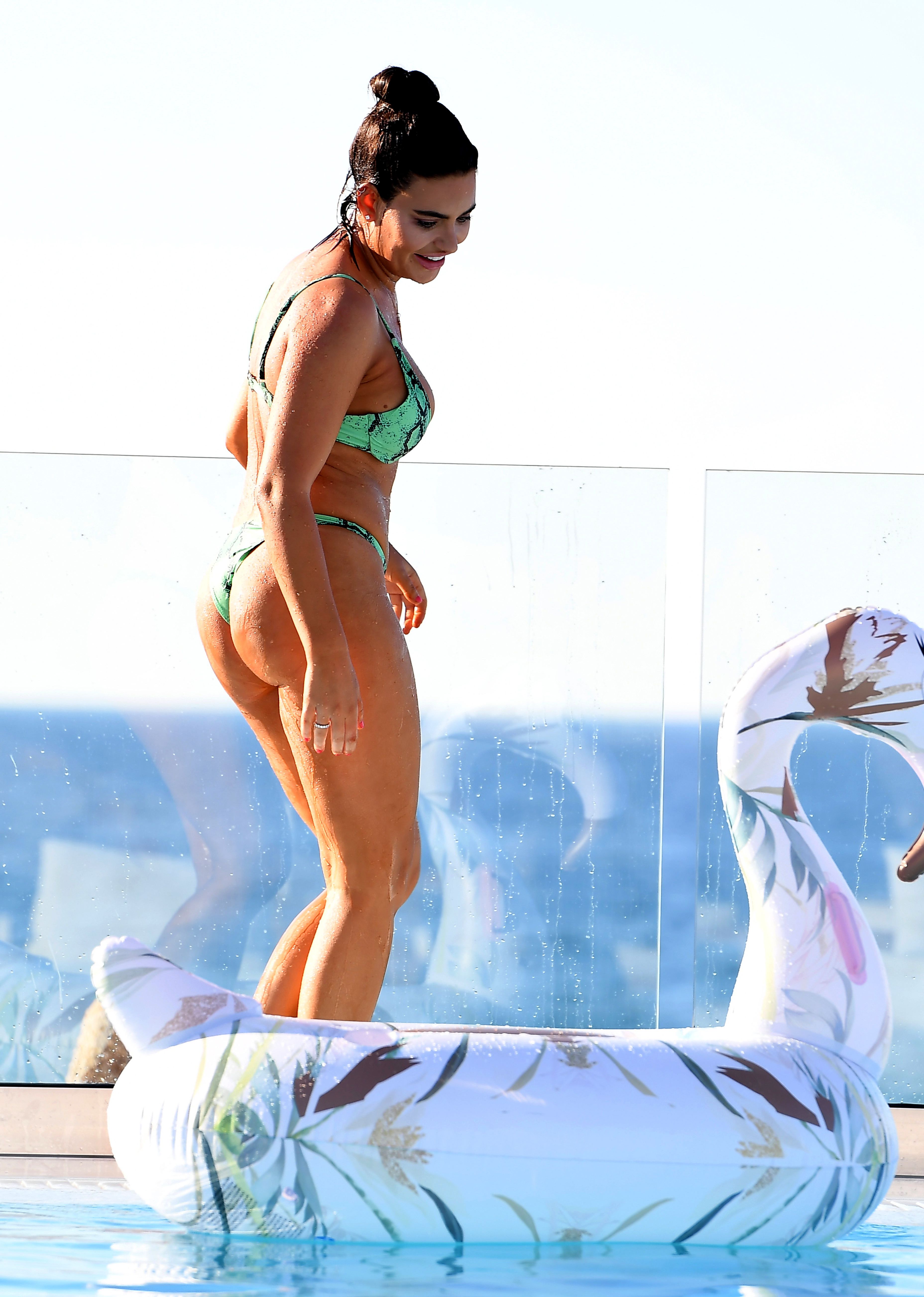 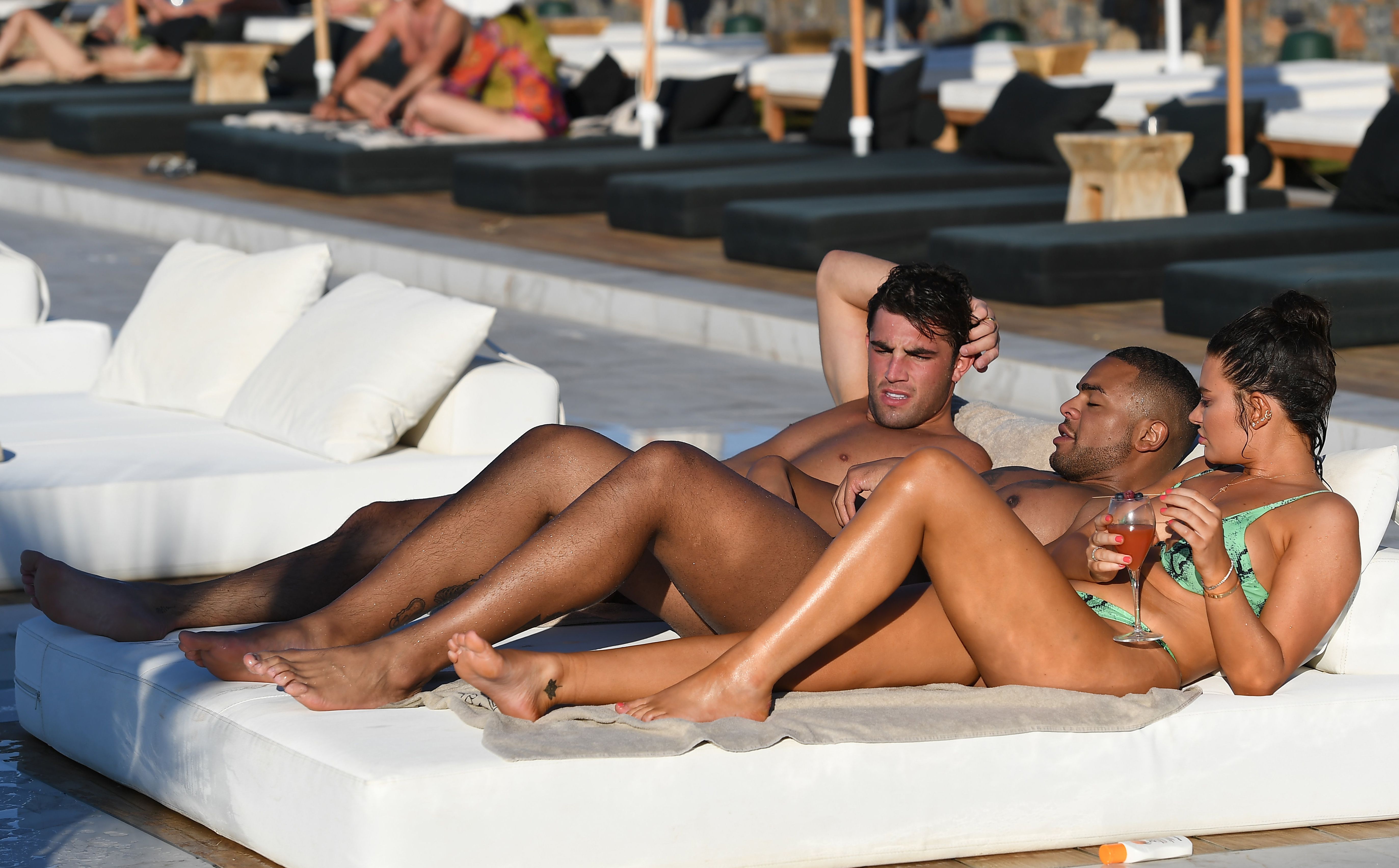 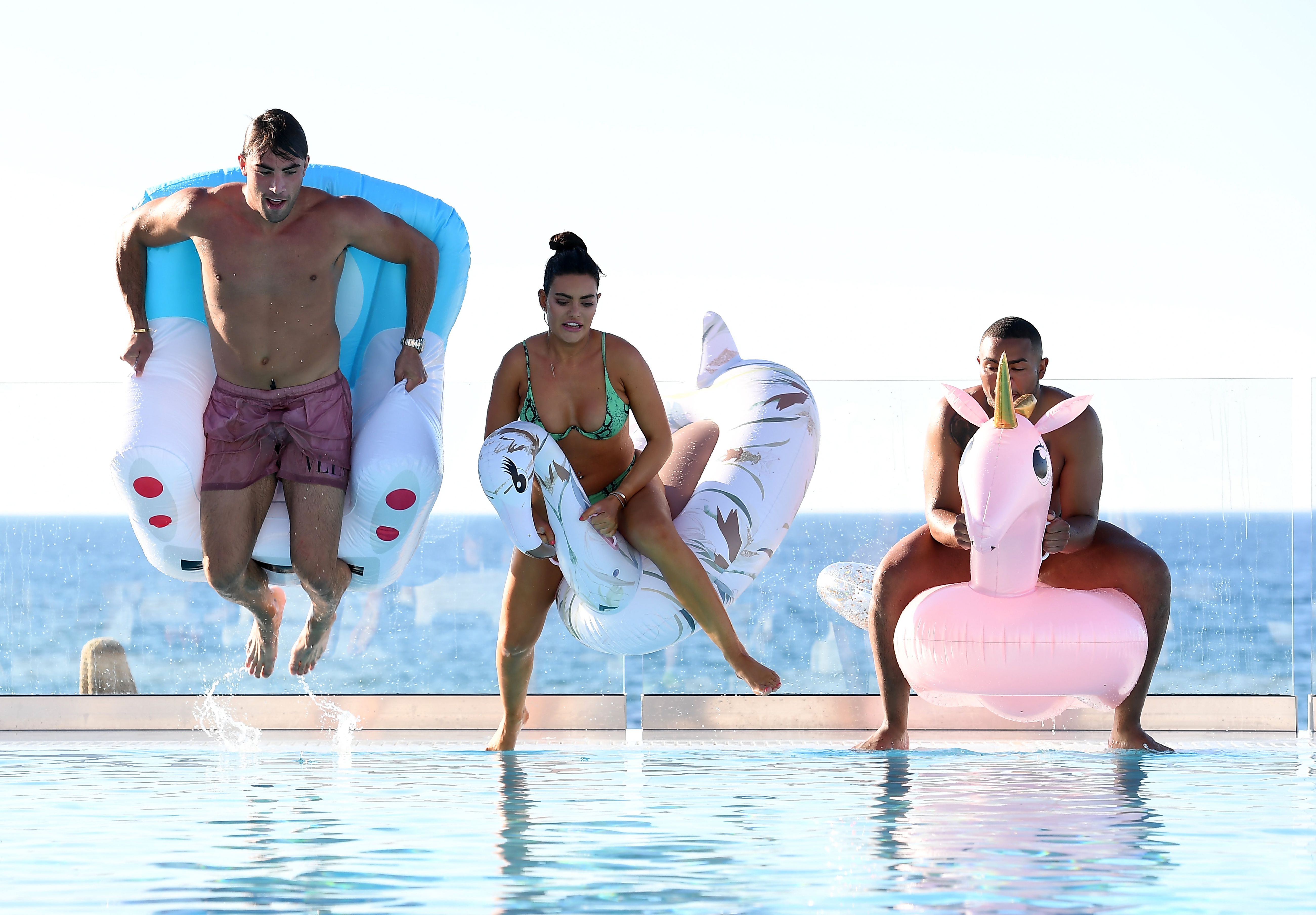 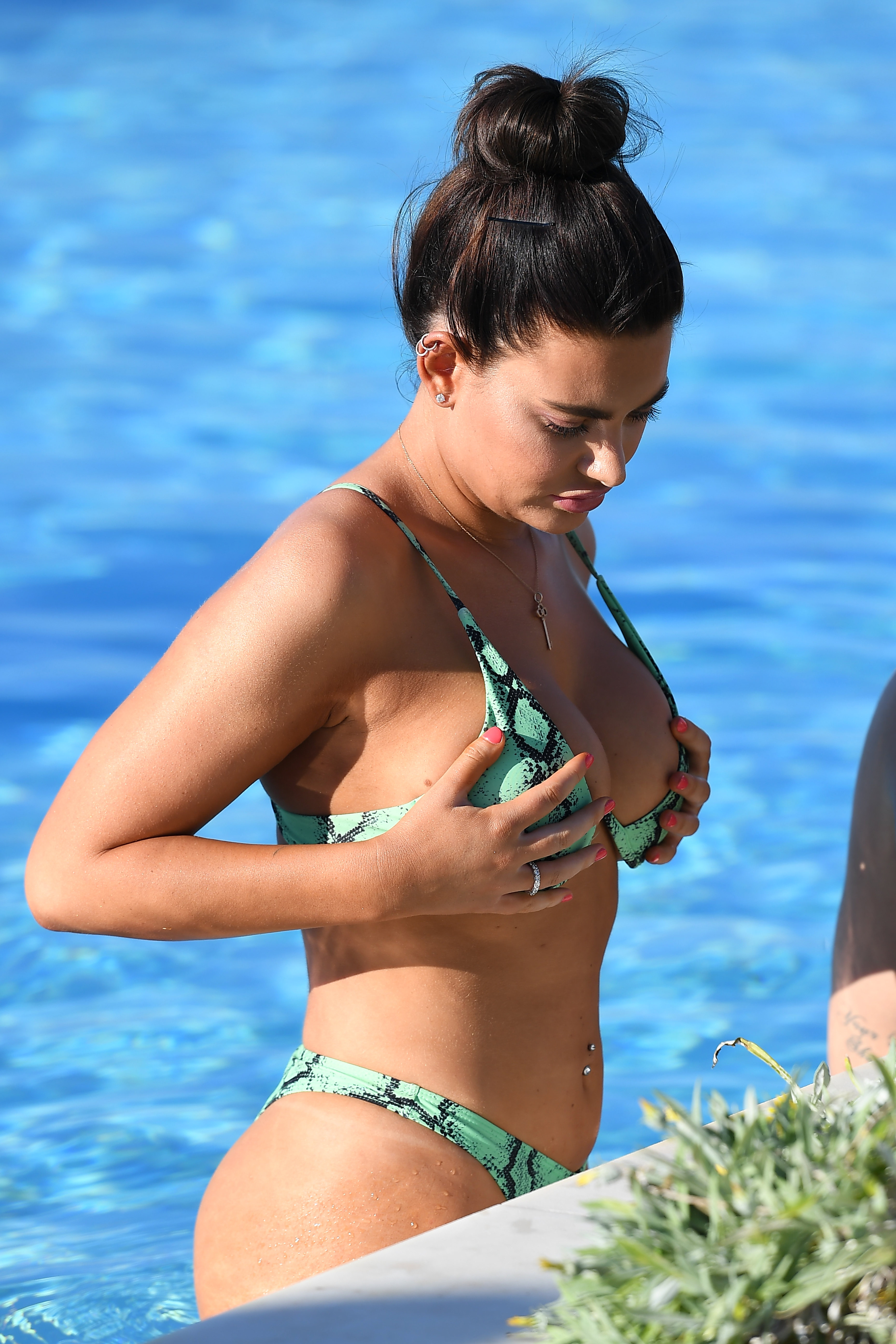 Megan had signed up to the Celebs Go Dating agency to find love – but ended up falling for her co-star Demi.

The Sun Online revealed the pair were dating after they went public with their  romance at the ITV summer party last night where flirty Demi, 22, groped Megan.

The pair broke strict show rules by ending up together, with a source telling us: "Megan and Demi met on the show and have been dating ever since. 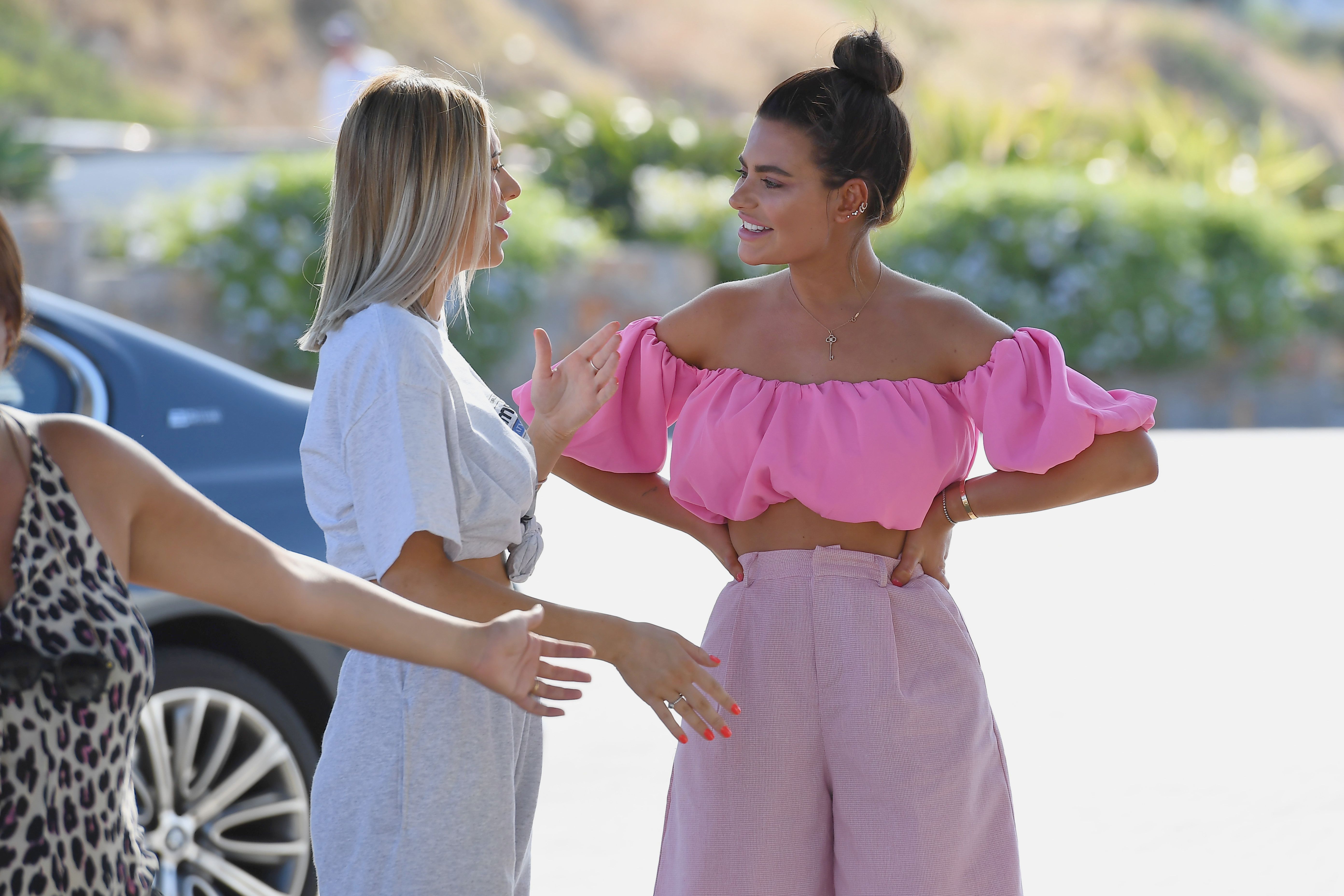 Megan came out as bisexual last month, insisting women are better in bed.

She had previously appeared in Love Island 2018 where she coupled up with now-ex boyfriend Wes Nelson, but recently slammed him by describing him as 'vanilla' in bed.