ITV2 series Love Island has been heating up as the new boys and a girl entered the villa and caught the eye of some of the Islanders. New arrival and model Tom Walker and Maura Higgins certainly seemed to hit it off after sharing a kiss. Their attraction wasn’t lost on the producers and they were given the opportunity to go into the Hideaway and spend more time together alone during the night.

What happened between Maura and Tom on Love Island?

As a group of the Islanders sat around discussing Anton Danyluk’s unique hair removal and grooming routines involving his mother, Maura got a message on her phone.

She read out loud the text: “Maura, as the winner of today’s challenge you may now invite a boy of your choice to the spend the night with you in the Hideaway. #happybunny #donotdisturb.”

Maura quipped afterwards: “Someone getting frisky!” and picked Tom as her companion of choice.

After Maura and Tom found out, many of the other Islanders started asking whether the grid girl would sleep with him even though they’d only just shared a couple of kisses. 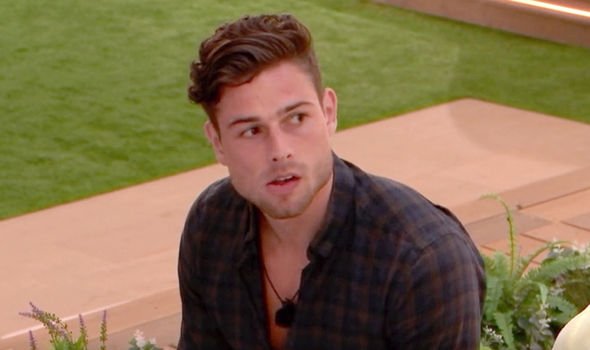 In the Beach Hut, she later confided: “What the frick? I’ve kissed him three times! Now all the girls are like ‘ooo!’ and all the boys are like ‘whoo!’”

Molly-Mae Hague later asked Maura if she would be having sex with Tom to which she said she didn’t plan to.

“Maura, you’ve been giving it all this! Now you have to follow through!” said one of the girls.

WHO IS THE LOVE ISLAND COMMENTATOR?

To which she retorted: “I’ve kissed him f***ing twice.”

As Maura was more sedate about the whole thing, Tom was in high spirits as he whooped and cheered with the other boys.

HOW TO WATCH LOVE ISLAND 2019 ONLINE 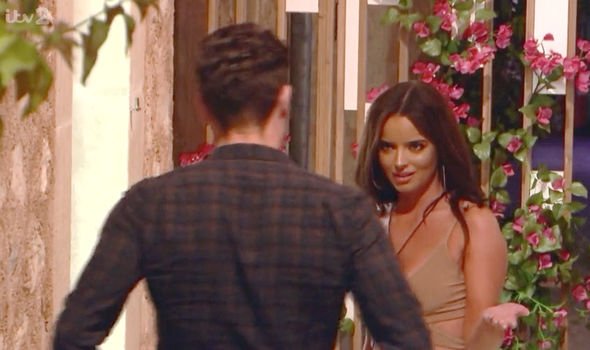 “I’ve slept with girls after much less time than I have known Maura,” Tom explained.

They discussed whether he would sleep with Maura as Tom told them: “Just see how it goes. It is what it is.”

Maura appeared in the garden and called over to Tom as he told the others in a parting shot: “It will be interesting to see if she’s all mouth.” 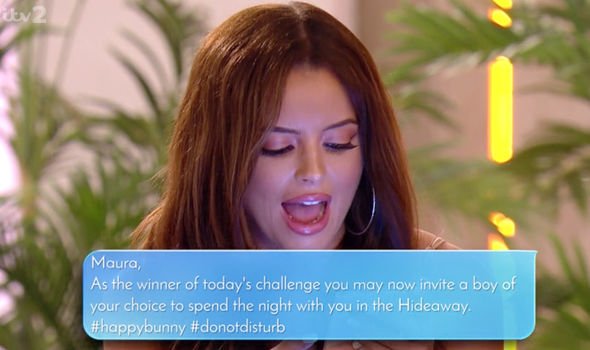 She clearly heard his comment and looked annoyed as she demanded him to tell her what he’d said.

Tom initially tried to backtrack but then admitted what he said as Maura looked horrified and said: “You did not. Why did you say that? Did you actually just say that?”

Maura started to walk away from Tom, who seemed at a loss and started to follow her.

“That’s a d***head comment. F*** off!” Maura told him as Tom finally realised he’d messed up his chances with her. 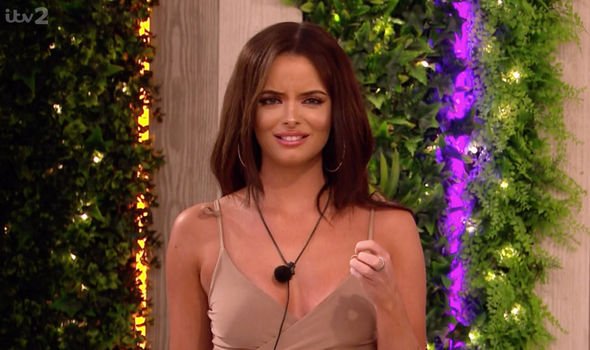 The drama continued as Maura told Tom: “Are you f***ing joking me? You just said that? Go f*** yourself.”

Tom walked towards the boys following his big error and simply told them: “I f***ed it.”

As the episode came to close, Love Island commentator Iain Stirling promised the next episode would see “the wheels come off” from the fallout between them.