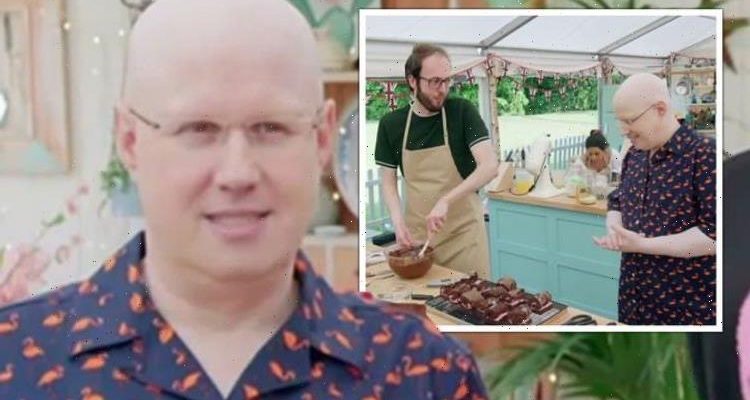 Matt Lucas speaks to Brian May about his weight loss

The Great British Bake Off is back for another series, with Paul Hollywood and Prue Leith judging contestants on their baking ability as they make everything from pastries to pies. Noel Fielding and Matt Lucas are presenting the Channel 4 show for another year, but during the opening episode, viewers were left infuriated by Matt’s outbreak into song with some saying he’s “overstayed his welcome”.

Comedian Matt joined the Great British Bake Off in 2017 after the cooking programme moved from the BBC to Channel 4.
Early on in Tuesday’s night’s opening episode, the Little Britain star randomly broke into German to sing the theme tune of The Flintstones, which infuriated some viewers, who complained he was distracting the bakers.
The Elusive D tweeted: “And there we are. Six minutes in and Matt Lucas has overstayed his welcome.”
Another tweeted: “You can tell it’s autumn, I’m wearing socks and a jumper and I’m watching [the] Great British Bake Off. Matt Lucas is deeply unfunny and getting on my wick but I’ll persist.”