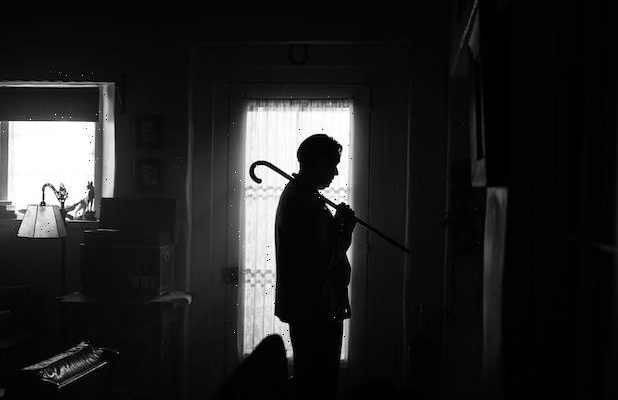 Erik Messerschmidt, Oscar nominated for his debut feature film as a cinematographer, talks to TheWrap about working with David Fincher on the 1940s-era period piece 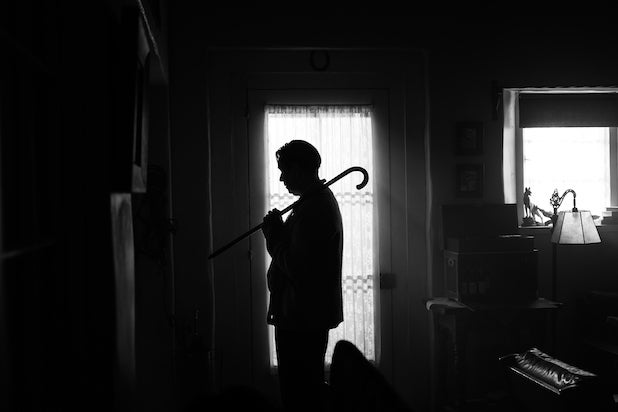 Though he’s been active in the industry for nearly two decades, cinematographer Erik Messerschmidt made his feature film debut last year with David Fincher’s silvery period drama “Mank.” Messerschmidt credits include television work in projects as diverse as “Everybody Hates Chris,” Ridley Scott’s “Raised by Wolves,” and Fincher’s “Mindhunter.” Fincher, in fact, had hired Messerschmidt three years earlier to lens his sequel to “World War Z,” but after that project was cancelled in early 2019, the director called the cinematographer with a different proposal.

“David called me and said, ‘I’ve got this black and white movie I’m thinking about. Do you want to do it?” Messerschmidt recalled to TheWrap. “He’s kind of coy like that. So I didn’t really know anything about what the film was. But I said, ‘Sure.’

The film, of course, was Fincher’s biopic of “Citizen Kane” screenwriter Herman Mankiewicz (played by Gary Oldman), and this year it led the pack in terms of total Oscar nominations with 10, including one for the 40-year-old Messerschmidt.

The cinematography category is ripe with fresh talent this year. Messerschmidt, Dariusz Wolski (“News of the World”), Joshua James Richards (“Nomadland”) and Sean Bobbitt (“Judas and the Black Messiah”) are all first-time nominees. Only Phedon Papamichael (“The Trial of the Chicago 7”) has ever been nominated before. For context, at the previous Oscars, two nominees (Robert Richardson and eventual winner Roger Deakins) had a total of 25 nominations between them.

Messerschmidt is currently working in Georgia on the upcoming Korean War drama “Devotion.” We caught up with him to talk about his work on “Mank” after a long week of night shoots. “If my answers are incoherent,” he said with a laugh, “just ask me to clarify.”

With “Mank,” what was your first instinct in terms of your research? Did you watch movies of the same time period as “Citizen Kane”?
Feeling like a classic cinematographer, I had initially compiled striking black and white images that I loved. I grabbed a lot of noir stuff, Philip Marlowe detective story stuff, the touchstones of black and white cinema, with very high contrast photography. The things that us cinematographers are attracted to when we hear the words “black and white.” I was letting myself get romanced by the idea of it. But that was foolish, because I hadn’t read the script.

And after you read the script?
Then I realized that was the wrong approach. I was missing the context. “Mank” isn’t meant to fetishize the contrast. So I reworked and re-compiled the images and sent them to David (Fincher). And that’s how we began our conversations.

So “Citizen Kane” itself wasn’t a huge reference point for you?
Not in an overt way. Actually, a film like (1940’s) “The Grapes of Wrath,” which (“Citizen Kane” cinematographer) Gregg Toland also shot, turned out to be a much bigger visual reference for us. In “Grapes of Wrath,” there’s quite a bit of realism in the photography. It’s not as stylized as “Kane.” Our movie has moments of stylized lighting but it’s generally based in reality, at least from where we started each shot.

But where was the line drawn by you and Fincher, regarding how far you would go stylistically?
That right there is the elemental discussion between a director and a cinematographer. Where is the line? It involves being critical of your own taste and carefully gauging where you are. At times I was very concerned. I just wanted the film to be totally cohesive in its look.

Do you think it was the black and white that was making you worried?
Well, I had remembered an interview with (cinematographer) Vilmos Zsigmond. He was talking about “McCabe & Mrs. Miller,” where he and (director) Robert Altman had decided to “flash” the film negative so that it would have a misty, muddy look. And about halfway through the movie, Zsigmond said, he had all this anxiety that they’d made the wrong choice. But in the end, it’s one of the things that make that movie so memorable.

Do you think risks are important to make something memorable?
I’ve always noticed that when I’m the most confident about my work, that’s when it’s turned out the worst. So yeah. 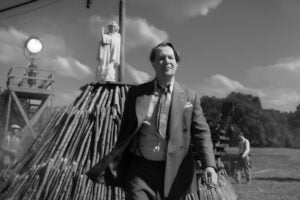 There are stories about Gordon Willis, who shot the “Godfather” films and many others, of getting in trouble for his dim lighting scheme.
Oh, Gordon Willis is a hero of mine. Shooting darker has become more in vogue lately, especially on television, where we can get away with more. But you look at Willis’s work, it was never dark for dark’s sake. Look at “Klute,” which has all these beautiful moments of contrast. Look at “All the Presidents’ Men,” with those fluorescent-lit overheads. Harris Savides (the late cinematographer of Fincher’s “Zodiac”) was another huge influence for me. He was also famous for soft, top-lit, low contrast look in a lot of his movies.

I have this tongue-in-cheek joke whenever we’re talking about low lighting. We don’t say anything’s dark, we say it’s rich. Especially when producers or studio people are around: “No, no, no, it’s not dark, we promise! It’s rich!”

Did you and Fincher want the cinematography in “Mank” to be a big tool for telling the story?
Absolutely. But David and I are very cautious of the use of the camera. For example, David wanted the sequences in San Simeon to feel musty. It’s challenging to light a big space with a lot of people and get it to feel dark and musty. It’s all soft light coming right from above. But David also thinks of the camera as a window for the audience to see into the world being created. So we used a lot of deep focus, so as an audience member you get to decide what you want to look at.

Can you explain what the term “deep focus” means? A lot of people have heard of it but don’t know how it’s defined.
The layman explanation is that the foreground, middle ground, and background are all in crisp focus. Photographers like Ansel Adams and his Group f/64 were advocating for this in their large format work. We achieve it by closing the iris on the camera lens, which is similar to how the human eye sees the world. Gregg Toland and Orson Welles liked the philosophical idea of it for “Citizen Kane.”

The technique is in practice quite a bit in “Mank,” right?
Yes. David and I felt that black and white looks better in deep focus. In color photography, particularly in modern cinema, it’s common to get very sharp focus in the foreground, while the background is out of focus. It’s a way to separate the characters from the background. But when you do that in black and white, the background looks muddy and gray. We liked at the Louis B. Mayer birthday party, for example, to make the whole large room in focus. It’s very sharp.

How do you think making “Mank” has changed you as a craftsman?
Oh, this was a major life experience for me. After “Mank,” I definitely started to be more aggressive and gestured with my lighting than I had been in the past. And what’s interesting is that if I think back to the experience of making “Mank,” my memories are all in black and white. I don’t have any memories that are in color. I don’t remember what the sets looked like in color or what the costumes looked like. Couldn’t tell you. But I kind of like that. I feel like the finished film is a big part of my experience.