Maggie Q spoke to HL about why she fell in love with the character & awesome her dynamic with co-stars Samuel L. Jackson & Michael Keaton.

Maggie Q doesn’t take just any role. The half-Vietnamese actress has admittedly turned down characters that play into certain AAPI tropes that do not help the culture, but instead, perpetuate negative stereotypes. In her latest film, The Protégé, Maggie leads as a dominant, strong and complex Vietnamese assassin named Anna — and it is exactly the kind of role she is always willing to step into and represent. “First of all, being able to portray a strong Vietnamese woman, it just all goes together, it’s synonymous with who I am. To play someone of my own culture, half my culture, and portray the strength of the women that I know in our culture was really cool,” she told HollywoodLife.com in an EXCLUSIVE interview. “It’s nice to be able to take on roles that are women that people would actually want to be or be in the same room with, at least.” 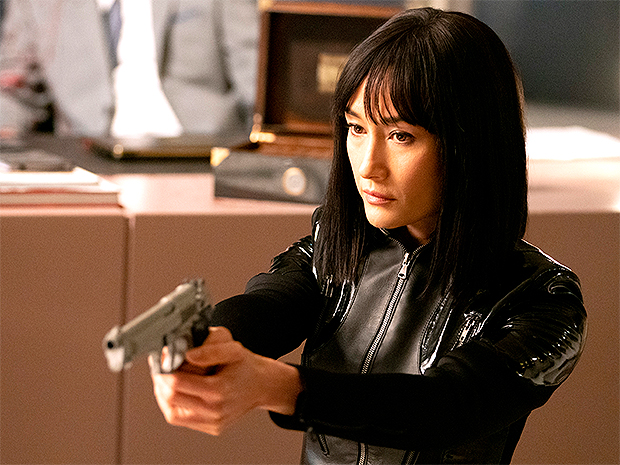 She continued, “You want to do your culture proud, but at the same time, also represent in a way where it’s like, I am not going to play into these tropes that are that are so common, and so typical, and normally put together by people who don’t have any creativity.” Maggie explained she enjoys working with the creative people of Hollywood who “know that all of that is colorblind.” “This is a creative field. There never should be color in creativity, right? Besides literal color that people actually use, but other than that…it’s always been an artist is an artist is an artist,” she said.

In The Protégé, Maggie plays a lethal assassin, Anna, trained by her adopted father-figure Moody (Samuel L. Jackson). Anna embarks on a journey for revenge after Moody is brutally killed, and becomes entangled with an enigmatic killer (Michael Keaton). “They’re such incredible guys in Hollywood and they bring totally different things to the film, and whose relationships are very different with Anna. You could have a movie with two men where it’s like a love triangle, but we have these dynamics that you don’t often see on screen that were really well fleshed out by our writer, who saw these worlds as being two very, very different worlds with to two incredibly different men,” Maggie told HL.

“With Sam, we we wanted there to be an easy humor and an easy way about the way they spoke to each other, and we also wanted there to be an unspoken thing that was really unbreakable between the two of them something where they would give their lives for one another in a second. But at the same time, they still allowed each other to be exactly who they were, and never, never tried to change that person,” Maggie said of Anna’s dynamic with Moody. “I think those are the relationships that truly can develop very deeply because no one’s trying to control the outcome. And I really felt that with the two of them.”