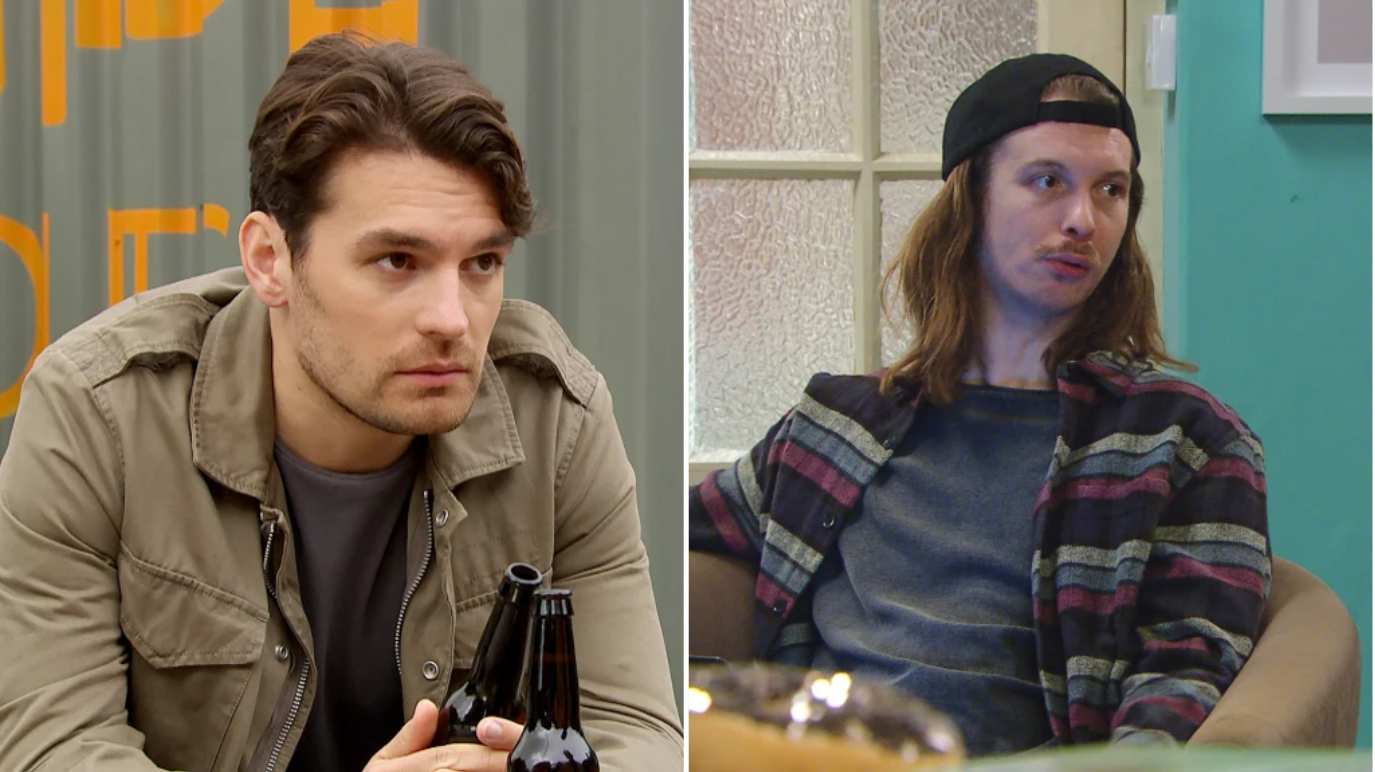 Mackenzie (Lawrence Robb) finds himself in a desperate corner in upcoming Emmerdale episodes when Ryan (James Moore) discovers that he slept with another woman behind Charity (Emma Atkins)’s back, shortly after the couple lost the baby they were expecting.

Viewers know that Mack had a one night stand after he and Charity had a huge argument and she told him to go off and ‘spread his seed’ elsewhere after declaring that she didn’t want to try for another baby with him. Not long after that, we saw Mack in bed with a mystery woman.

Since then Charity and Mack have made up again, but he’s received occasional texts from the woman he slept with, which he hasn’t welcomed. He confided in Nate (Jurell Carter) about his infidelity and feelings of guilt, and when Nate gets drunk he makes a joke about Mack’s affair which is overheard by Ryan.

Ryan is furious on his mother’s behalf about what Mack has done and insists that Mack should tell her the truth.

Mackenzie, however, doesn’t know how he can do that so he tells Ryan that he’ll fight back against any accusations that Ryan might make. Ryan knows that there’s not much he can do if Mack denies everything and he feels temporarily beaten.

But Ryan can’t help thinking that Charity has a right to know what Mack did. Will he tell her what he knows, despite Mack’s warnings?