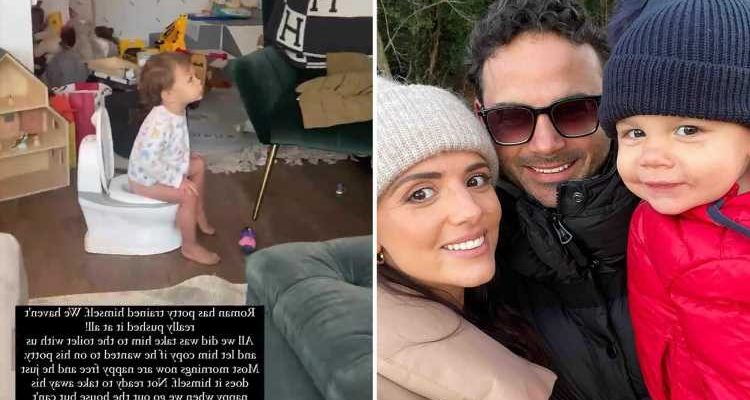 LUCY Mecklenburgh has claimed her baby son Roman has potty trained HIMSELF as he learnt how to use the toilet by "copying" her.

The former The Only Way Is Essex star took to Instagram to reveal how her 22-month-old was taking himself to his potty in the morning without her prompt. 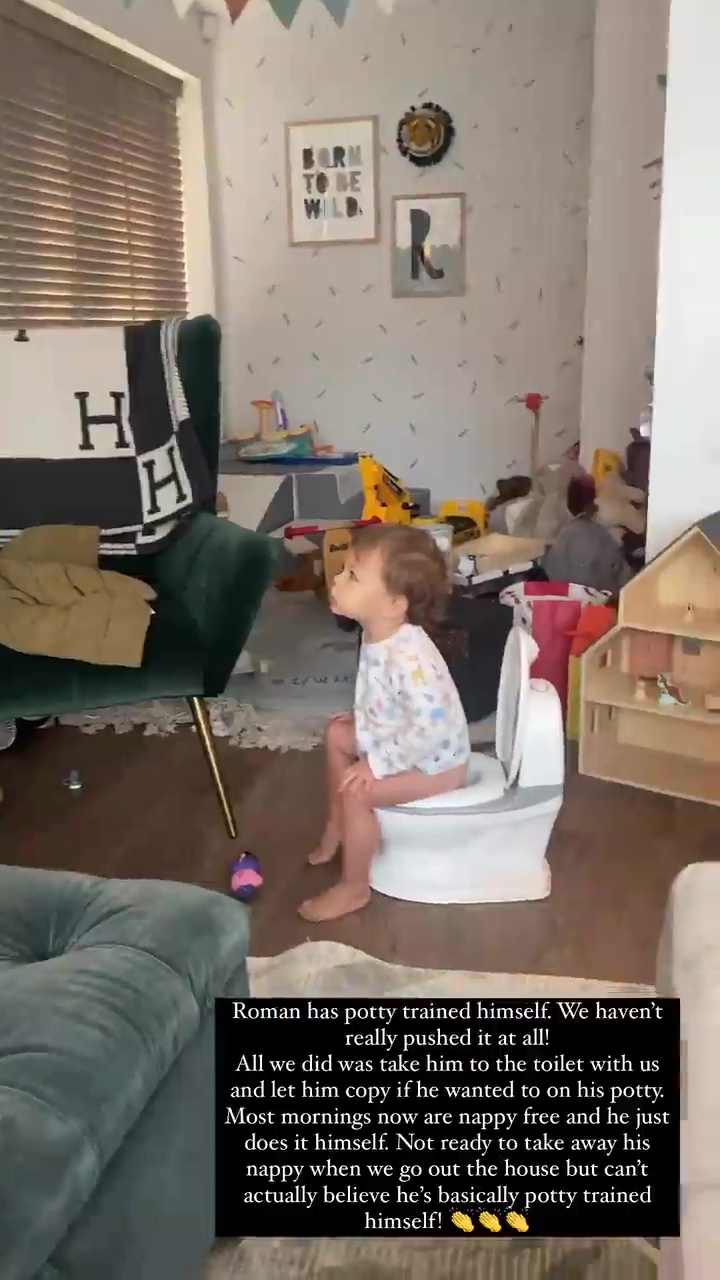 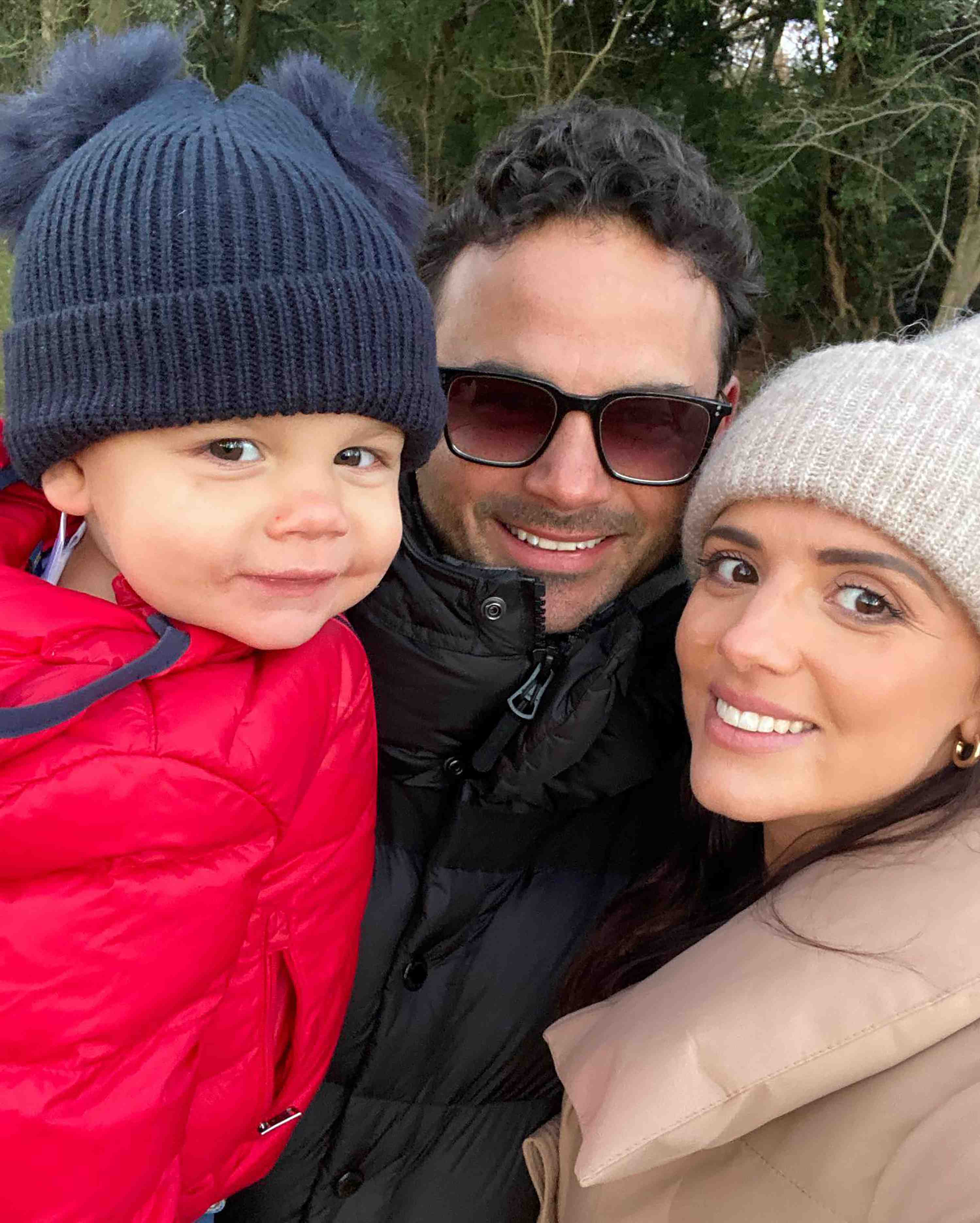 Lucy, 30, who is currently expecting her second child with fiancé Ryan Thomas, claimed that little Roman had figured out how to use the toilet all by himself.

She filmed her tot sitting on a fake plastic toilet in the middle of his bedroom as he watched cartoons on the TV on Thursday morning.

"Poo with a view," mum Lucy could be heard joking in the background as she panned round the room while the youngster was busy concentrating.

The reality star went on to detail in a caption: "Roman has potty trained himself. We haven't really pushed with it at all.

"All we did was take him to the toilet with us and let him copy if he wanted to on his potty. Most mornings now are nappy free and he does it himself.

"Not ready to take away his nappy when we go out of the house but can't actually believe that he's basically potty trained himself."

Proud mum Lucy also showed off as Roman sipped a "very weak and cool" cup of tea out of a miniature cup, showing the small toilet in the background.

It comes days after the TV star showed off her blossoming baby bump, and shared a photo of her first baby scan with her social media fans.

HOLDEN OFF THE RAIN

Amanda Holden, 50, wows in cut-out blouse after return from holiday

She wrote on Instagram: "I’m not going to lie I wasn’t overjoyed with getting a scan app for Jan 1st, 9am. But let’s face it with a toddler I’d be up anyway and I wasn’t going to be hungover.

"It turned out to be the most special gift to start the new year! Knowing my baby is healthy, growing and safe in my tummy."

It comes after Lucy lost her battle with her neighbours to transform her two-bedroom bungalow into a dream £1.5million home.

She wanted to add a roof extension, a first floor front extension and a new front porch to the property she shares with her fiance, but her proposal was thrown out by Basildon Council.

Last month the former Towie reality star went away to Abu Dhabi with fiance and their son Roman.

She revealed in November that they are expecting their second child together, saying: "Here we go again."

Posing at a waterpark wearing a bikini, she showed off the bump with all the slides in the background.

Lucy and Coronation Street actor Ryan, 37, had been staying at the St Regis Hotel on Saadiyat Island. 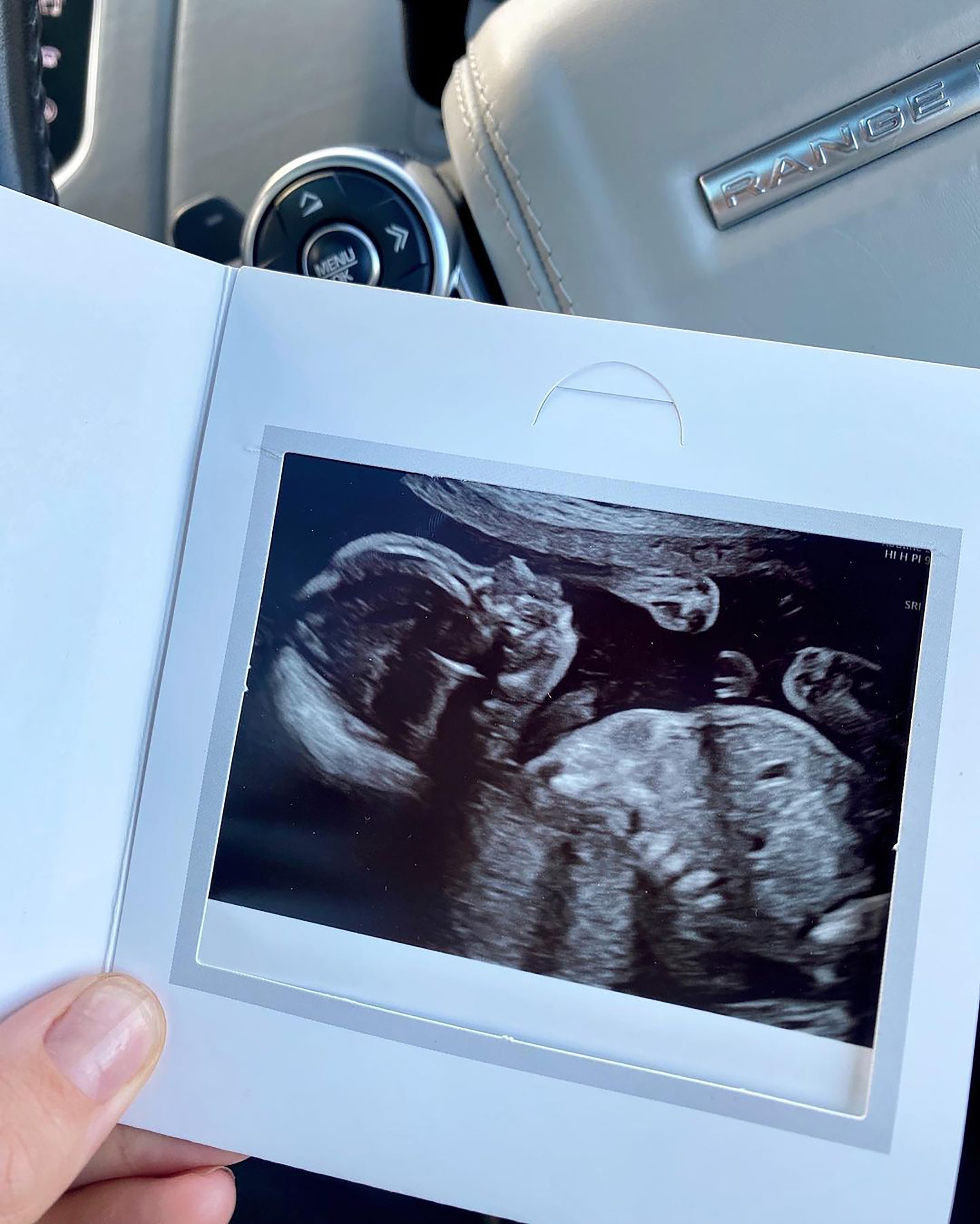