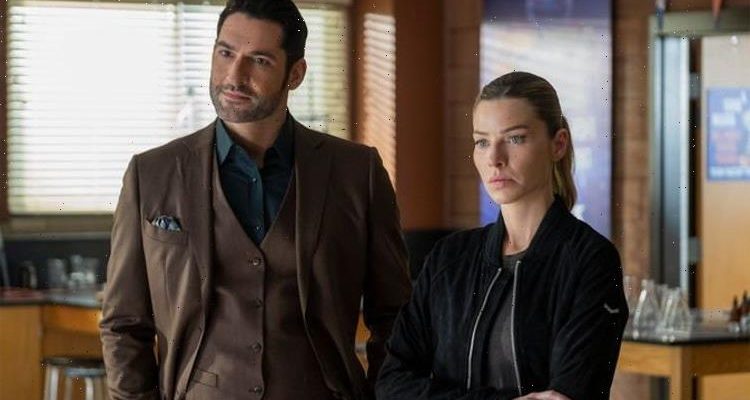 Fans of the supernatural comedy-drama series Lucifer have spotted a major error in season five, part one episode, titled BluBallz. Viewers were quick to point out the mistake regarding the switch of Lucifer (played by Tom Ellis) and detective Chloe’s (Lauren German) outfits.

The Devil himself is known for being a snappy dresser, and his partner Chloe dresses practically for her stressful job.

However, eagle-eyed viewers have spotted a continuity error in season five where Lucifer’s suit changes from scene-to-scene.

A viewer took to the website Movie Mistakes and posted: “Chloe, Lucifer and Dan are at the precinct discussing an ongoing case.

“Lucifer is wearing a dark coloured suit with a white shirt. Chloe identifies a person of interest in a homicide and says that she and Lucifer will go question him,” they continued. 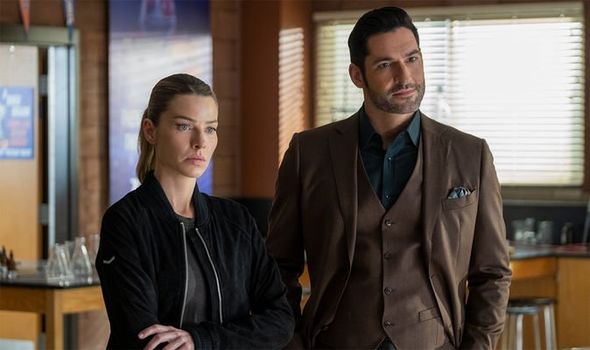 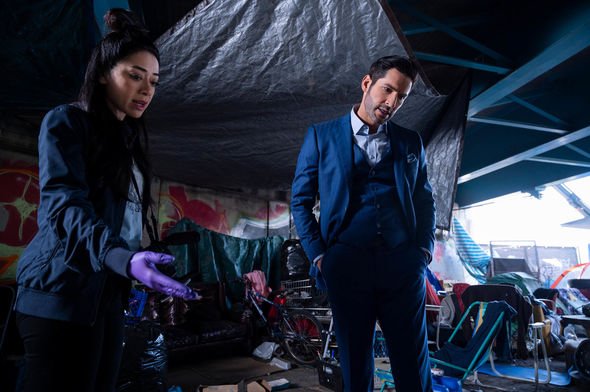 “Next scene with Chloe and Lucifer questioning the person of interest, Lucifer’s wearing a brown suit with a black shirt and Chloe’s gone from stripes to a solid colour,” the fan concluded.

BluBallz, which is directed by Supernatural’s Richard Speight Jr, sees Lucifer and Chloe investigating the murder of a prominent DJ.

Lucifer becomes increasingly jealous when he learns the real target of the killing, DJ Karnal, is a former partner of Chloe’s.

Throughout the episode, Lucifer and Chloe’s relationship heats up, but the case creates problems between the two. 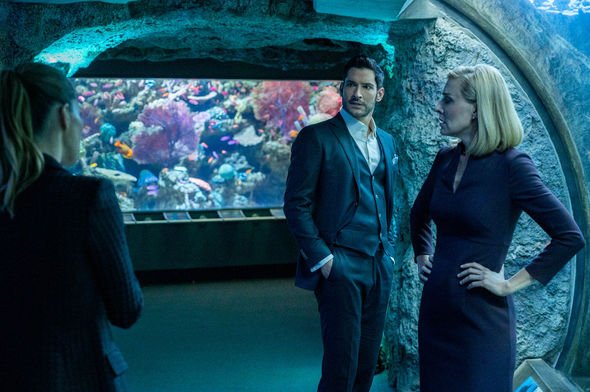 Did Lucifer and Chloe really have time for a quick outfit change during a dangerous murder investigation?

BluBallz is a significant episode as it is the first time Lucifer and Chloe spend the night together.

Lucifer is known for his snazzy dress sense, and likes to consider himself to be the best dressed in any room he is in.

Fans have noted his particular style in the past, and one user on Reddit confirmed that he wears “primarily Burberry, Ted Baker, Hugo Boss and Canali”.

Another commenter replied: “His style is always on point. I love it.”

Numerous dedication posts on Twitter have appeared over the years for Lucifer’s fashion choices as well.

The blunder is glaringly obvious throughout the episode but, perhaps, the mistake was really just Lucifer taking advantage of a moment to further showcase his style?

Surely, the devil wouldn’t consider two suits in one day as too much.

Based on the DC Comics character created by Neil Gaiman, Sam Keith, and Mike Dringenberg in The Sandman, Lucifer has a passionate and dedicated fan base.

In 2020, Lucifer was renewed for a sixth and final season, with a release date yet to be announced by Netflix.

All seasons of Lucifer are available on Netflix.