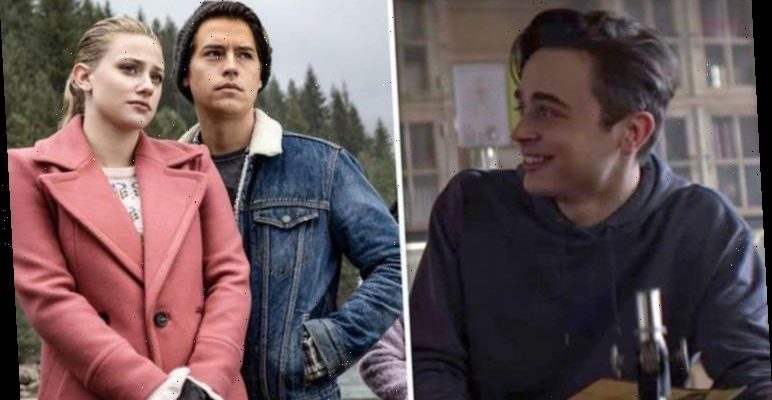 Netflix dropped its fourth and final outing of supernatural teen drama Chilling Adventures of Sabrina. The show finished on an unexpected note after it was cancelled in 2020 but before the show bowed out, there were some nods to fellow Archie Comics show Riverdale. One of these little Easter Eggs saw a character swiftly moving from Baxter High to a very familiar nearby school.

Will Lucas Hunt appear in Riverdale season 5 amid Sabrina crossover?

Lucas made the move to join the school’s swimming team and from the get-go there seemed to be a spark between Sabrina Spellman (Kiernan Shipka) and the hew kid.

They partnered up in class and even went on a date with the pair later locking lips but sadly their romance was cut short thanks to the Eldritch Terrors.

Lucas declared he was going to move to Riverdale High after becoming unnerved by his paranormal experience. 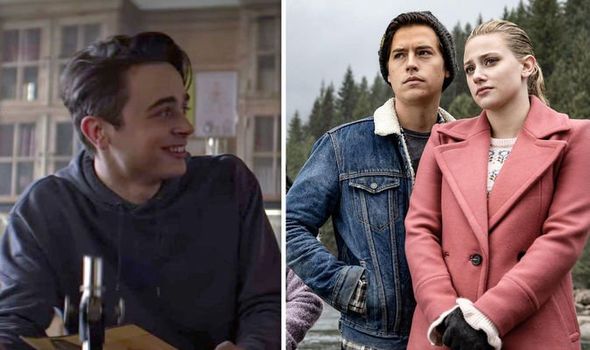 We will use your email address only for sending you newsletters. Please see our Privacy Notice for details of your data protection rights. Riverdale spoilers: Toni Topaz’s pregnancy confirmed in season five

Sabrina simply said he speedy departure was his loss as the show continued on without him but Riverdale fans are unsurprisingly curious to know if Lucas will be turning up in town.

The shows have often made reference to each other with jocks from Riverdale turning up in Greendale and even character Ben Button (Moses Thiessen) working as pizza delivery boy in Chilling Adventures of Sabrina.

However, Riverdale fans had previously seen Ben die in the show, suggesting either he was a ghost or the sister series was set in a different timeline and may have been before his demise.

From actor Ahlers’ IMDb page, it doesn’t appear he’s going to be starring in Riverdale with the actor actually slated to be appearing in Julian Fellowes’ new period drama The Gilded Age – America’s answer to Downton Abbey. 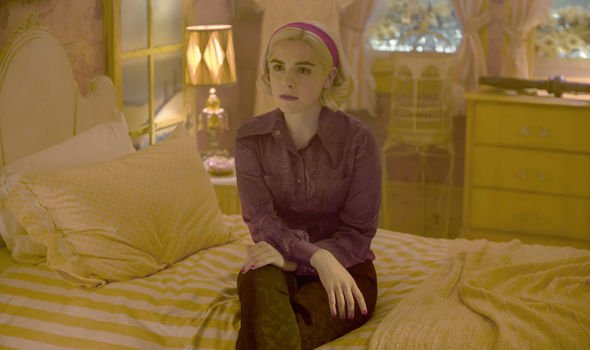 Therefore, this may have just been another nod to Riverdale rather than confirmation of a new character joining the show.

Sadly, Chilling Adventures of Sabrina was cancelled before its time with showrunner Roberto Aguirre Sacasa revealing his plans for a crossover with Riverdale.

He said Part five would have featured students from Greendale and Riverdale coming together to fight a big bad but sadly now this would never be.

Aguirre Sacasa has also previously said there were plans for Sabrina to come to Riverdale when the hit CW series was in its nascent stages. 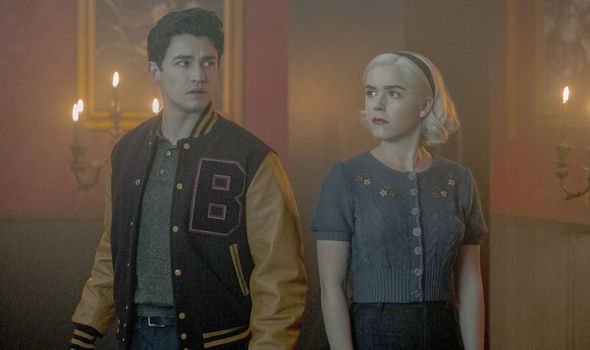 He said: “During season one of Riverdale — before Riverdale exploded and found its footing as sort of a noir, crime, pulp show — we had said, ‘Maybe season two will be like [the comic] Afterlife With Archie.

“There was even a time when we talked about the season one cliffhanger being the arrival of Sabrina.”

Ultimately though, this was shelved with the writer saying: “It felt like if Riverdale is crime and pulp and all that stuff, then Sabrina could be horror.”

He added to Entertainment Weekly: “It felt like there was a separation between Greendale and Riverdale — magic should exist in Greendale, but not in Riverdale. That was the thought.”

Although the executive seems to have ruled out magic in Riverdale, should the show one day come to a close perhaps there could be room for a certain witch to turn up in some capacity.

Sadly, 2020 was a tough year for Archie Comics shows with both Katy Keene and Chilling Adventures of Sabrina getting axed.

Riverdale also saw season four getting truncated due to the coronavirus lockdown but luckily the show is going to be coming back.

Season five will present a more grown-up Riverdale with a time-jump after the main characters returning to their hometown.