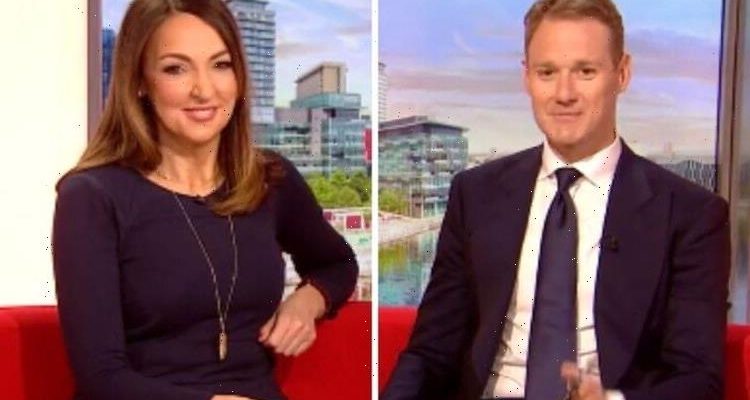 On Monday, Dan Walker stunned his Twitter followers after he announced he would be leaving BBC Breakfast after six years to move to a new role at Channel 5. The Strictly Come Dancing star will be moving to the broadcaster to present the news at 5pm every day. However, during Tuesday’s BBC Breakfast, Dan told his co-star, Sally, he “loved her to bits” as he discussed his decision to leave.

“We have been friends for 20 years, we have worked together for six months and you’re off,” Sally began.

“I know,” Dan simply replied as he added: “But you know that as I explained to you before all the news came out, that this has been a really difficult decision for me.

“[It has been] probably the hardest decision I’ve ever had to make in my career because I love you to bits and I love working with you.”

“I love you too, Daniel,” Sally told him before Dan said: “I love the team at BBC Breakfast and the six years I’ve had on this sofa have been the best six years of my career by some distance.”