The blonde babe is just back from a sun-soaked jaunt to Mykonos with her fellow Love Island pals.

The 21-year-old was pictured perched on a sofa, wearing a skintight latex mini-dress.

Clinging to each and every curve, the figure-hugging fabric was a sultry shade of scarlet red.

Her caramel locks were flipped to one side, cascading down her chest.

After looping a classic pair of gold hoops through her ears, the show-stopping look was complete. 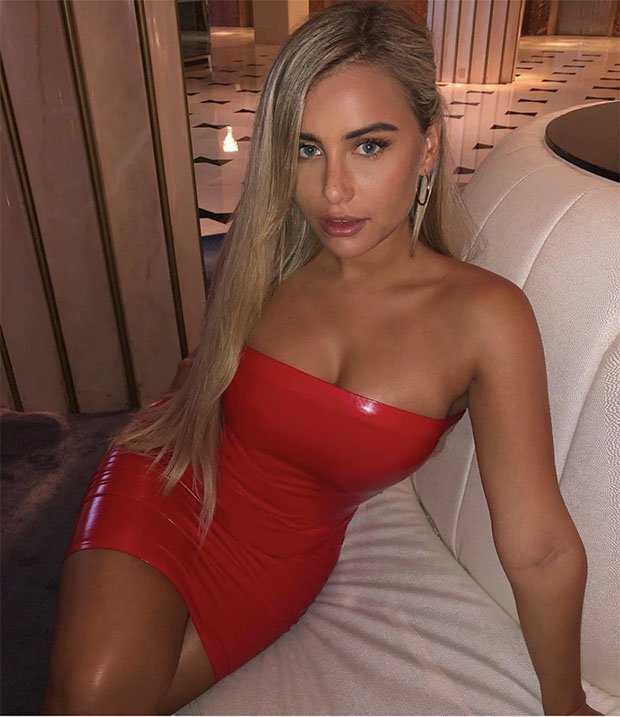 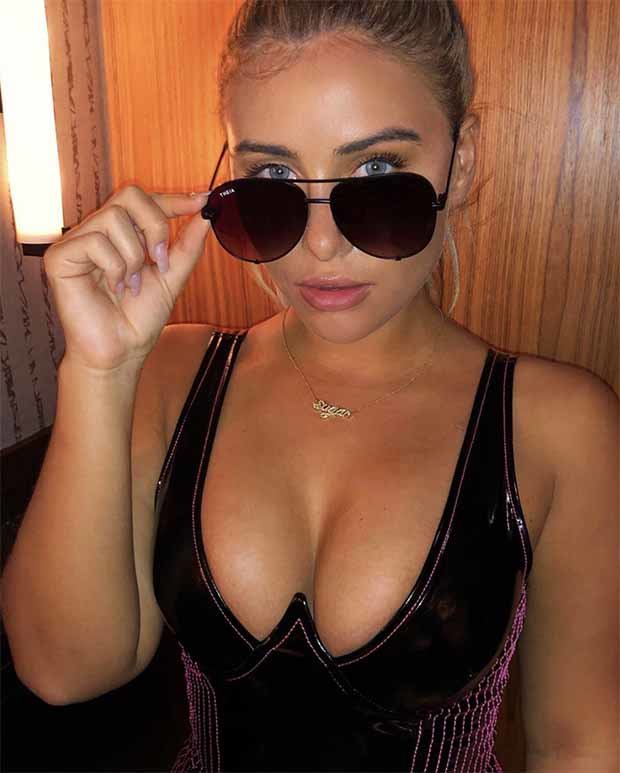 Her fellow Islanders took the comment section to show their support for the red hot look, weighing in with compliments and emojis galore.

Kaz Crossley said: “My lil baby all grown up!”

While another fan added: “You look damn good in red!” 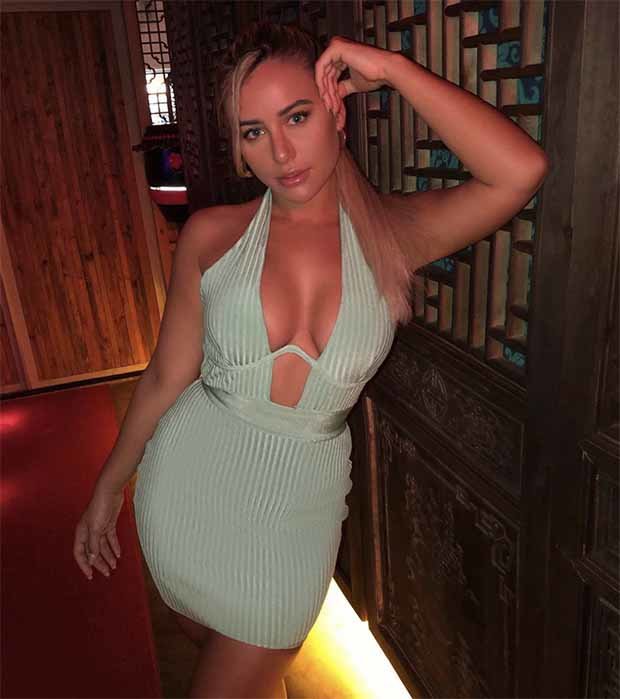 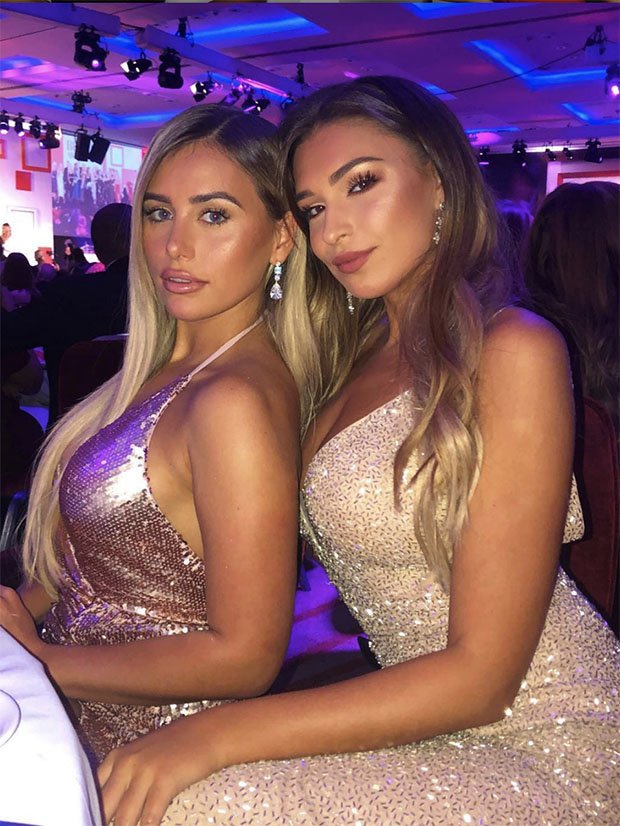 Once she had the breathtaking snap posted, the reality TV starlet took to the sofa to watch Love Island with her pals.

Seeing as its the show that launched her career, it’s no surprise that she’s a fan.

Ellie coupled up with millionaire hunk Charlie Brake last year, with the couple almost making it to the final.

Though they dated for a while after filming wrapped, the relationship didn’t last and they eventually called it quits last October.

Luckily, her friendships with the Love Island girl gang seem to be stronger than ever.