The 25-year-old from Oxfordshire takes exception to her boyfriend repeatedly playing out the message she sent the lads when she joined the villa from his phone. 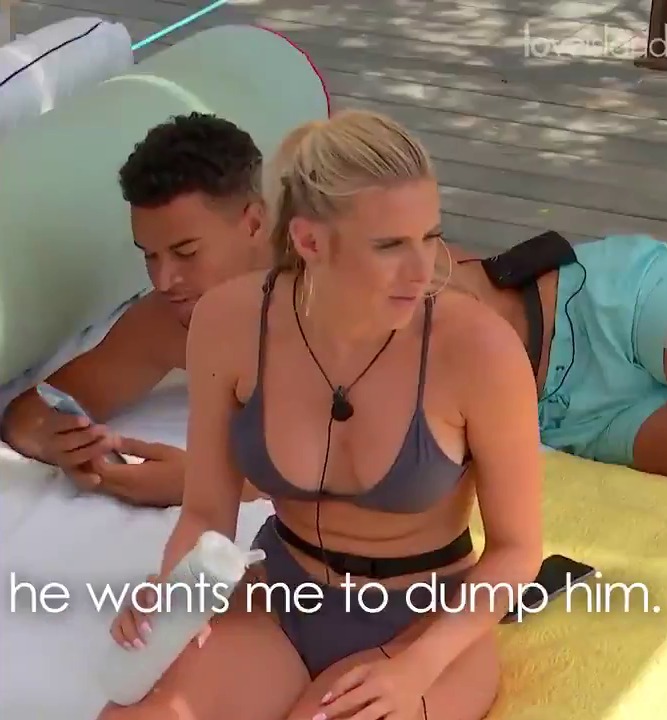 She gets up on her feet telling him: "Turn it off – I'll dump you. That's it, I'm leaving you. He wants me to dump him."

Tyler Cruikshank, lounging on a neighbouring daybed with Kaz Kamwi asks: "Is that Chloe's voicenote from week one?"

In the message, which was sent back in June when the series first aired, she is heard saying: "Hey boys. How are you?

"Chloe here. I've just arrived. I'd like to invite you all out on a date with me but I'll leave it to you to decide who wants to join. Hopefully I'll see you soon."

Kaz, laughing at how footballer Toby can talk along with the whole voicenote, giggles: "It's the fact that he knows all the words."

Tyler adds: "It doesn't even sound like you, Chlo. You put on the nice Chlo then as soon as you get in it's just like Chlo Money. C Money."

One fan laughed on Twitter: "Toby is such a child but you just can’t hate him."

The marketing exec and 22-year-old striker had looked to be doomed when he dumped her for Abigail – and then Mary.

However, since reuniting in the wake of Casa Amor, they have become firm fan favourites and one of the villa's most likeable couples.

Last night viewers saw them break their bed after yet another night of passion in the communal bedroom.

The pair were shown getting up close and personal under the sheets, but a big thud soon stopped what they were up to.

They soon realised that they had broken the bed, and while Toby walked off after happened, Chloe giggled: "The bed has completely broke!" 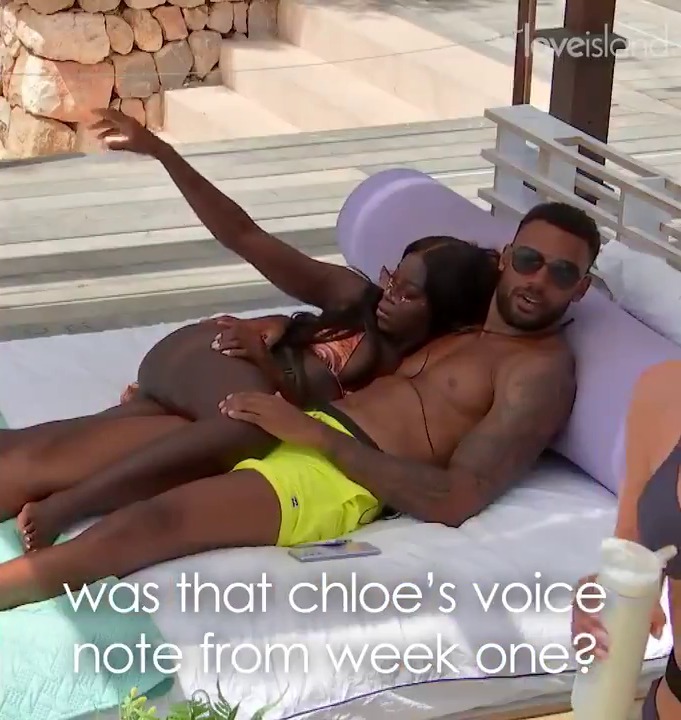 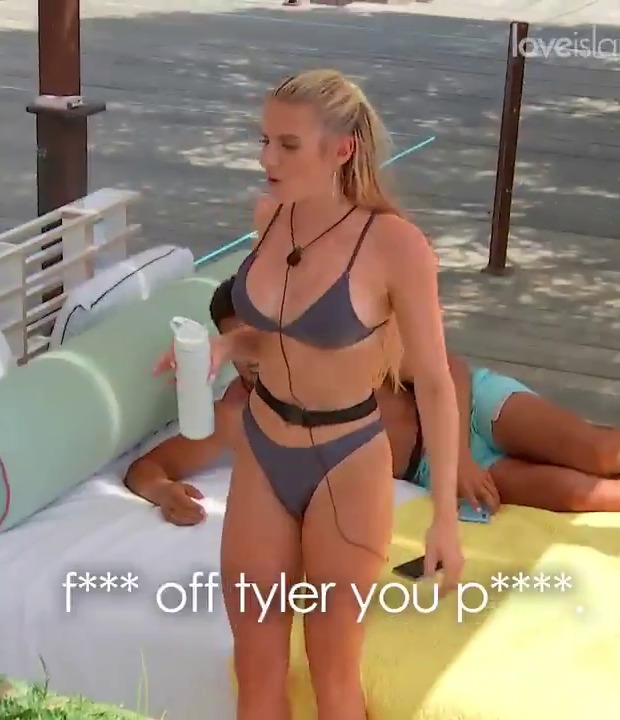