The foursome – who were all hugely popular on the ITV2 dating show – were spotted enjoying a slap-up meal at the Ivy Soho. 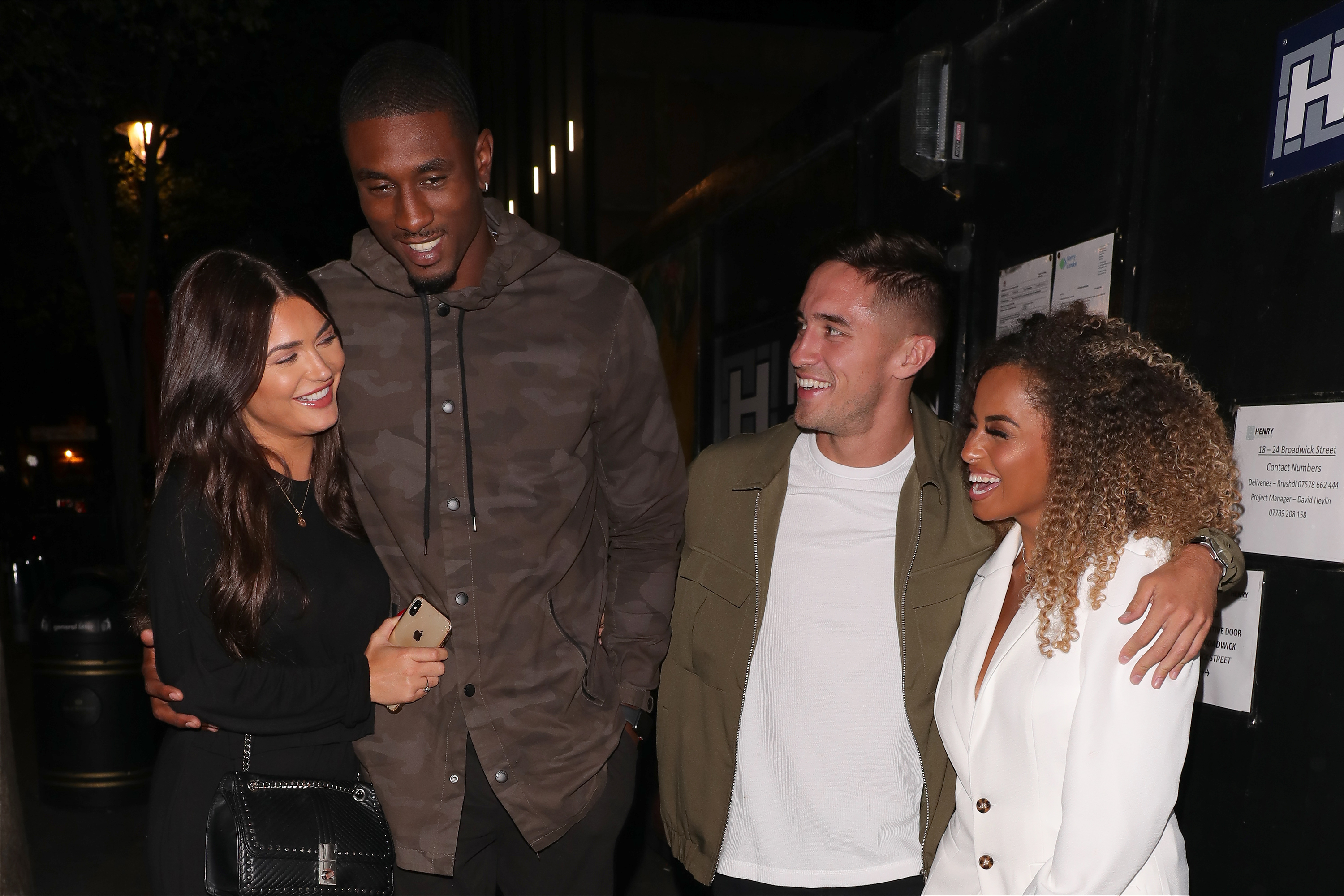 Clearly still on a high from winning the series, Amber and Greg grinned from ear to ear.

During their time on the show Amber and Ovie grew very close and their friendship was adored by fans.

The basketball player melted viewers' hearts when he even gave his “little sister” Amber a shout out during his declaration of love for India. 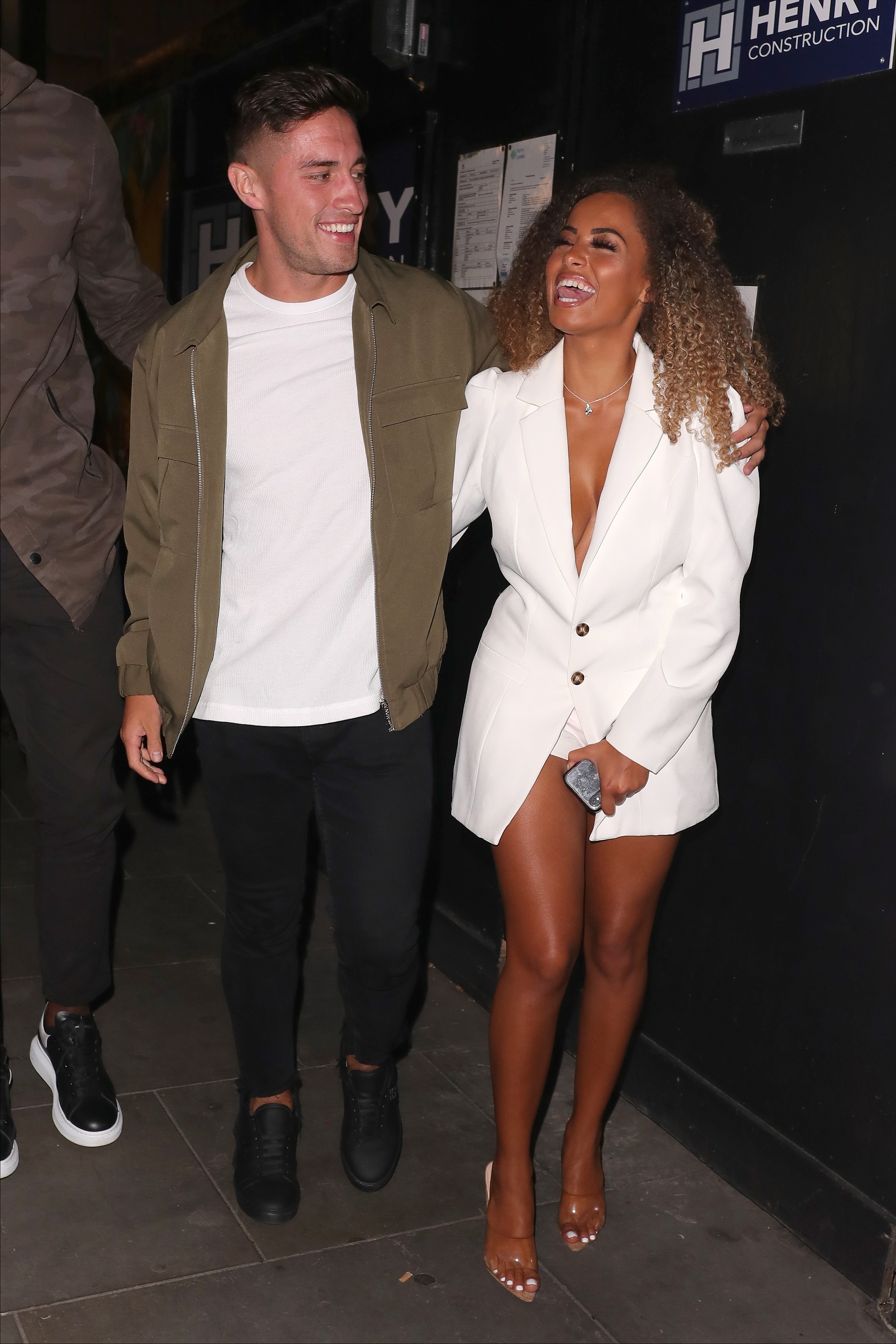 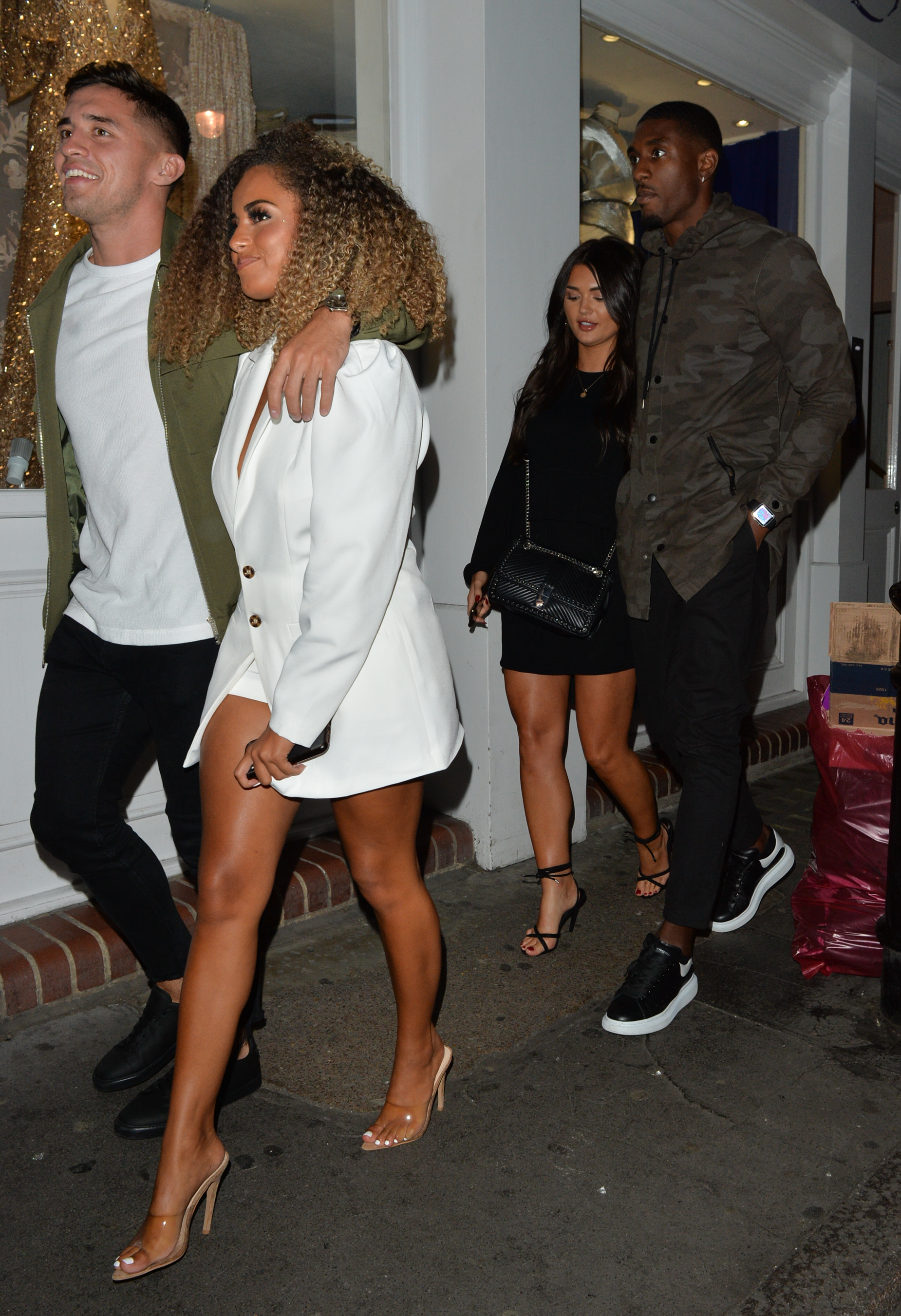 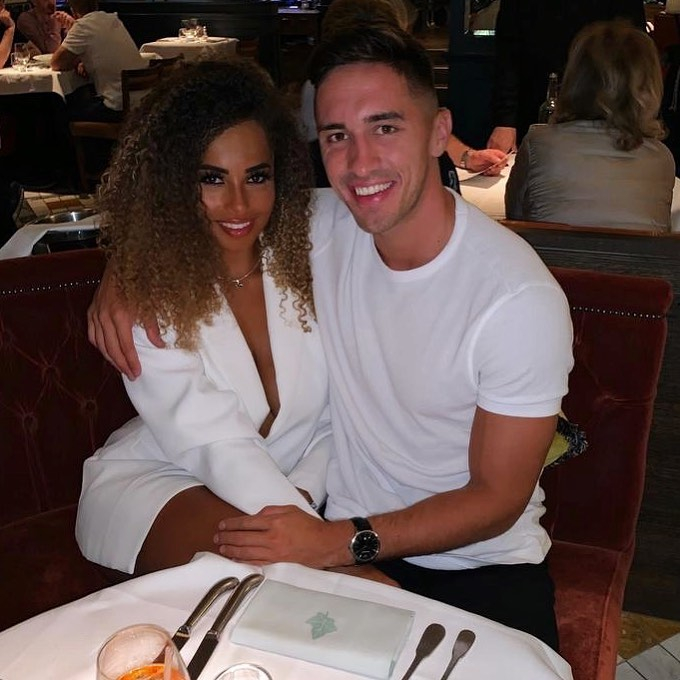 He said: "I came into this Love Island villa looking for the opportunity to find someone special.

"I arrived four weeks ago in Casa Amor, I met a fiery girl that backed me from day one, and grew on me as a little sister."

Greg will be heading home today for the first time since winning the show, which will mean he'll be apart from Amber.

He admitted he would miss her as he shared a picture of them cuddling up in bed and wrote: “Home tomorrow and leaving this one in London. Might miss her a little bit.” 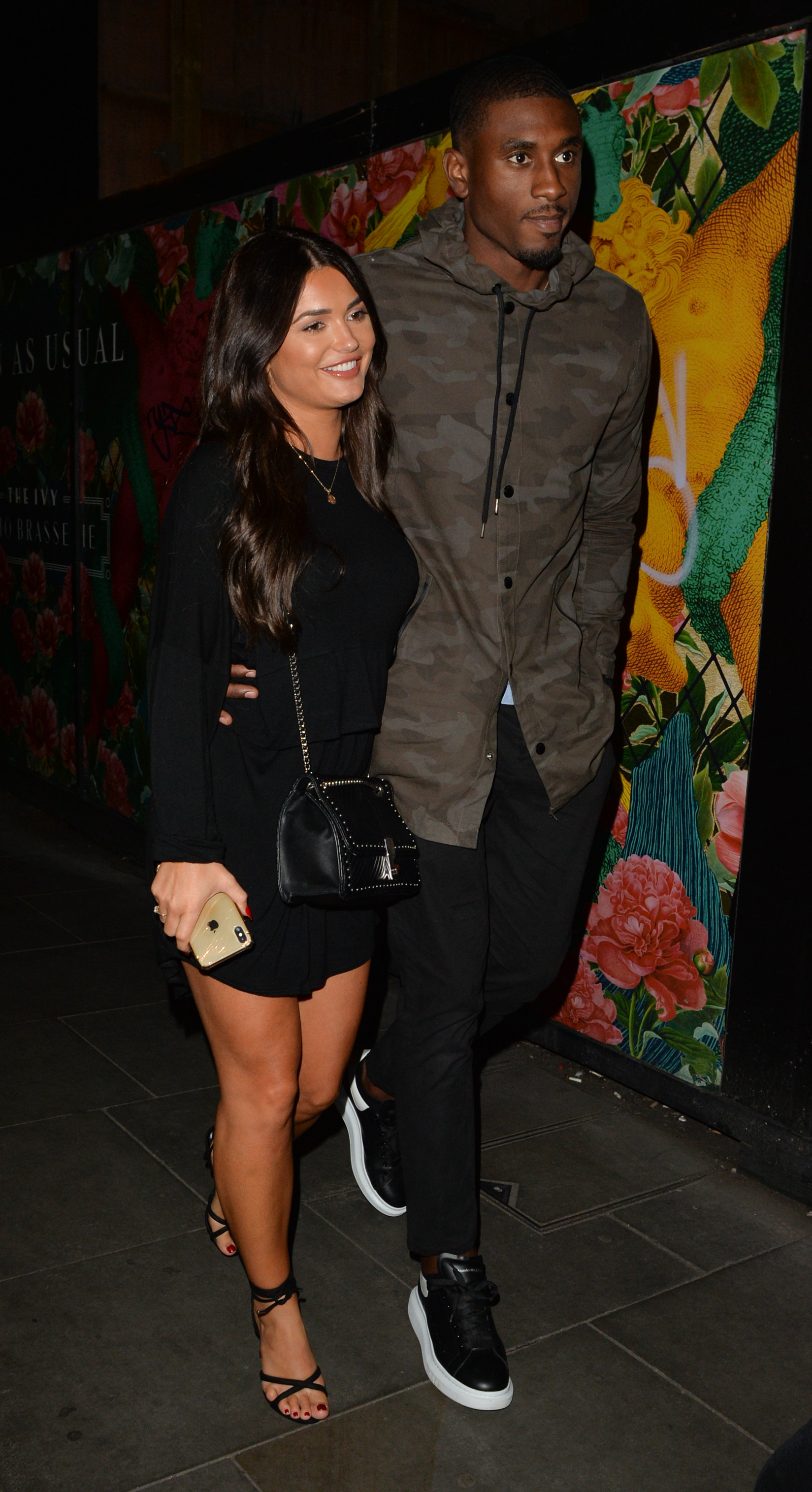 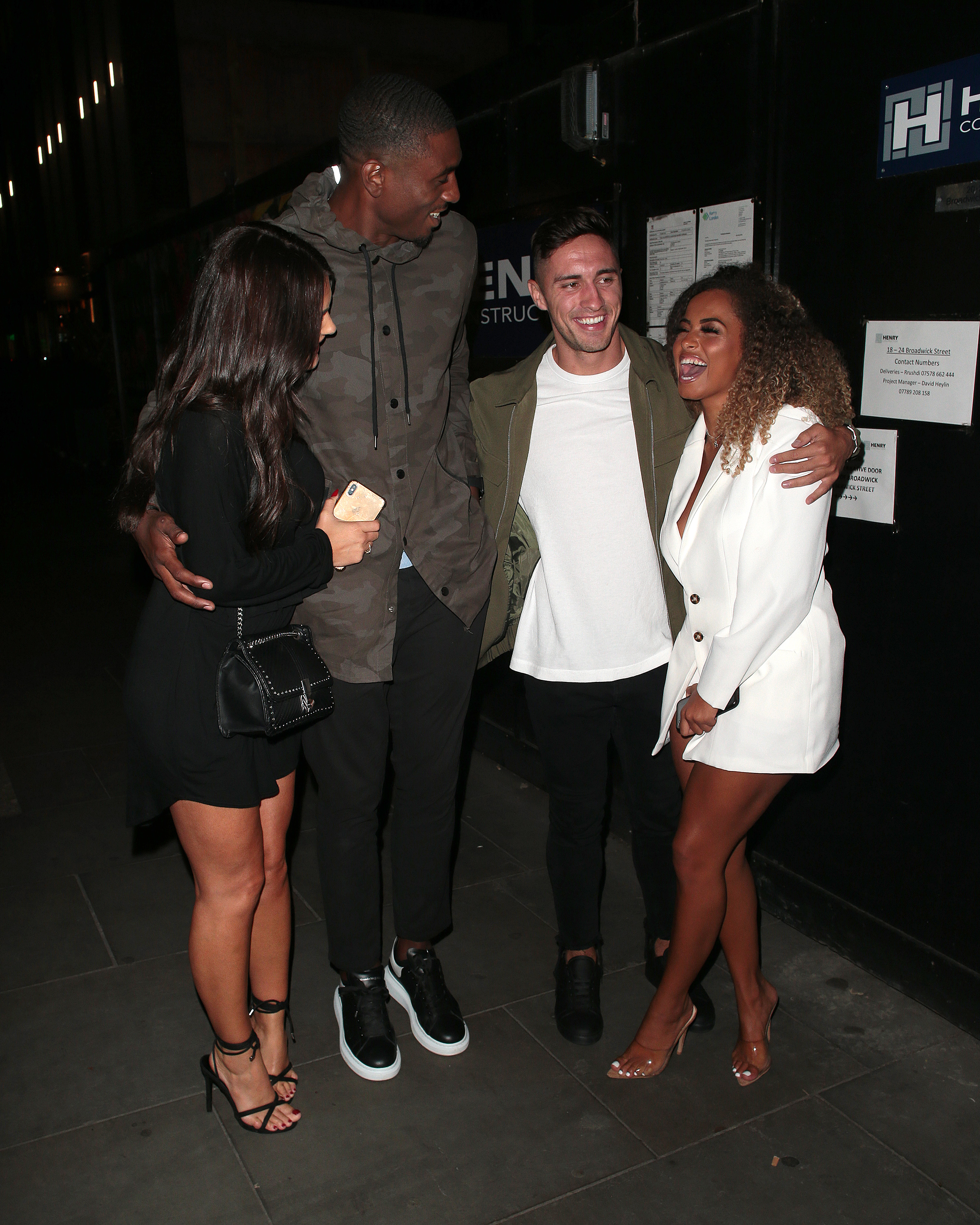 The winners appeared on Loose Women yesterday but were left squirming when quizzed about what they'd been up to in their hotel since the show ended.

They refused to give anything away and instead could only laugh nervously as Coleen Nolan demanded: "I want to know… how good were those moments?"

Amber described their relationship status as "not official" during the joint interview with 24-year-old rugby player Greg, which left Coleen especially baffled.

Greg added: "We are definitely going in the right direction.

"I definitely see us getting there but we haven't even known each other for a month yet.

"I've not been home [to Ireland] and she needs to meet my friends and family."