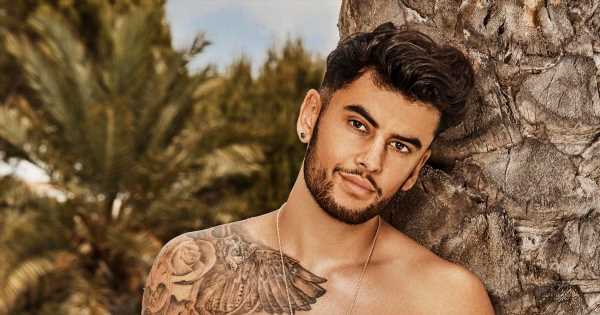 Love Island star Niall Aslam looks worlds away from his ITV debut on the popular dating show as he now channels his inner hippie and boasts a full luscious beard.

The sexy singleton appeared in the original line-up of the fourth series of the show back in 2018 alongside the likes of Megan Barton Hanson and Dr Alex George.

Throughout his time on the show, the 26-year-old hunk was briefly paired up with Kendall Rae Knight before he coupled up with villa firecracker Georgia Steel.

But it wasn’t meant to be after the brunette beefcake decided to quit the show just nine days after it started despite becoming quite the fan-favourite during his short time on the show.

After his shocking exit, the star soon revealed he had been rushed to hospital due to stress-induced psychosis, explaining how he had suffered from hallucinations.

He has also gone on to publicly speak out about his struggle with autism on social media, as the reality star confessed he often felt “ashamed” over his mental health condition in the past.

In a lengthy Instagram post, the star opened up about his experience as part Autism Awareness month with the condition to his loyal legion of fans online.

He penned: “Haven’t posted whilst it’s been autism awareness/ acceptance month but I know most people that follow me on here are aware of my diagnosis.

“Truth is sometimes I find it hard talking about my experiences being autistic online in such a positive light all the time.

“Being autistic has been a struggle my whole life Leading me to be on antidepressants at 10, school was awful and confusing and there was little help or understanding, getting older I often felt ashamed about it.”

The TV star went on to open up about his psychiatric hospital stay shortly after his TV exit on Love Island.

He added: “I took the huge plunge and put myself out there on a national scale whilst making the people I needed to know about my autism and adjustments.

“I’d need only to be ignored and left hospitalised in psychiatric care with psychosis in what could only be described as the worst experience of my life which was subsequently covered up.

“I’ve got past a lot of difficulties and gone on to do a lot of things I'm proud of but like a lot of people with autism I wouldn’t change anything but I get tired of constantly masking and trying to make out everything’s great for other people, also I think I look like a cool lion here thanks. #autismawareness.”