LOVE Island fans are up in arms after the cliffhanger ending was ruined by news Amy Hart had quit the villa of her own accord.

Viewers have now worked out that Amy's shock exit means Lucie and George will get dumped in tonight's episode. 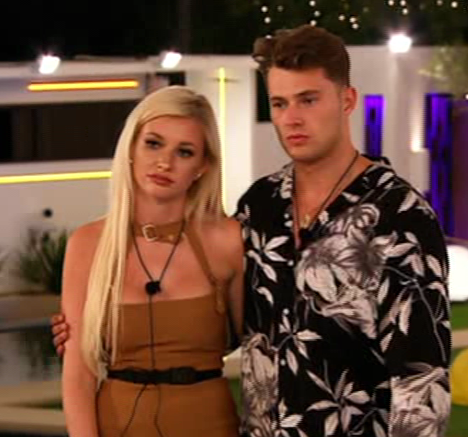 Monday night's episode of the hit ITV2 show ended with the villa residents being told they had to choose which of the remaining least-popular couples – either Lucie Donlan and George Rains or Amy Hart and Curtis Pritchard – should be sent home.

But while the show tried to create suspense by not revealing the outcome of the contestants' vote until tonight, viewers has already figured out it must be Lucie and George who get the boot.

That's because last night's dumping ceremony was filmed on Sunday night, yet it had already emerged yesterday afternoon – hours before that episode aired – that Amy had chosen to leave the villa of her own accord on Monday.

As a result, savvy fans clocked that Amy and Curtis must therefore survive the vote. 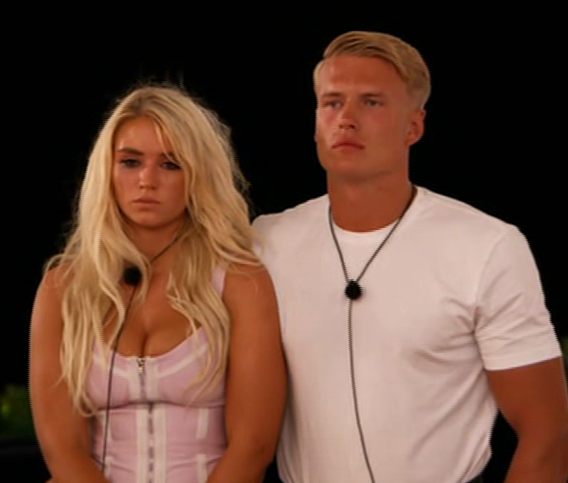 Amy's decision to walk will be addressed in tonight's episode but many viewers believe the entire cliffhanger was ruined and took to Twitter to discuss how they'd already sussed the outcome.

"Amy walked out of the villa today so it's obviously Lucie and George who was dumped why they acting like it's a massive cliffhanger," moaned one fan.

Another said: "Hardly a cliffhanger when every article says Amy walked.. meaning by process of elimination George & Lucie must also leave. No suspense necessary."

Yesterday, The Sun Online exclusively revealed the 26-year-old air stewardess had chosen to leave the ITV2 dating show following her split from the professional dancer.

Danny Williams and Jourdan Riane also got kicked out during last night's show after receiving the fewest public votes.

Amy has been struggling ever since 23-year-old Curtis brutally dumped her following the Casa Amor twist.

The Islander confessed his head had been turned by Jourdan while she was away, adding he couldn't promise he'd be able to stay faithful to the blonde. 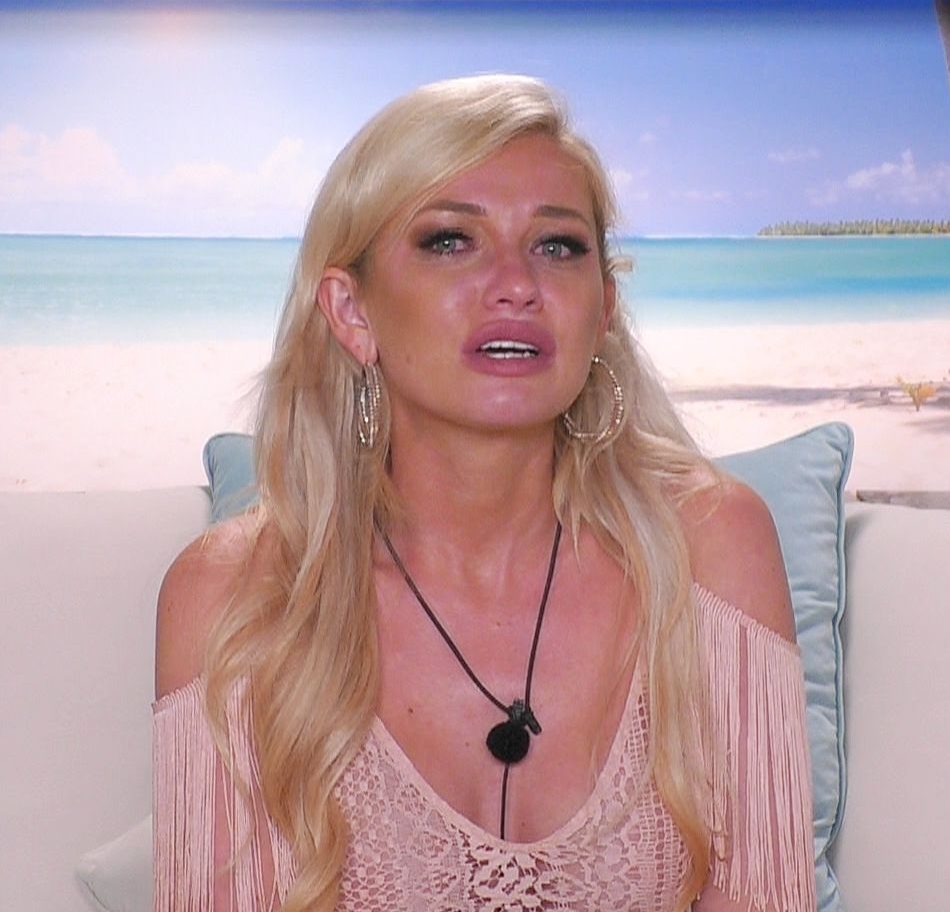 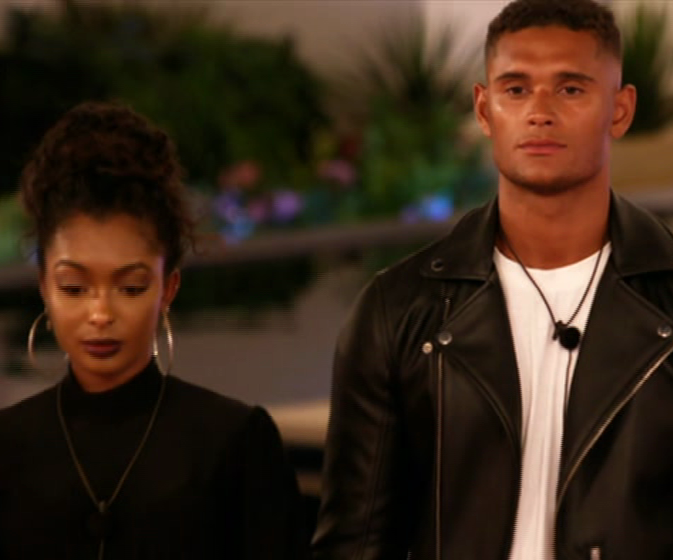 The two had coupled up on the series' launch date last month, with many believing them to be one of the show's strongest couples – even becoming "half boyfriend and girlfriend" just days into their romance. 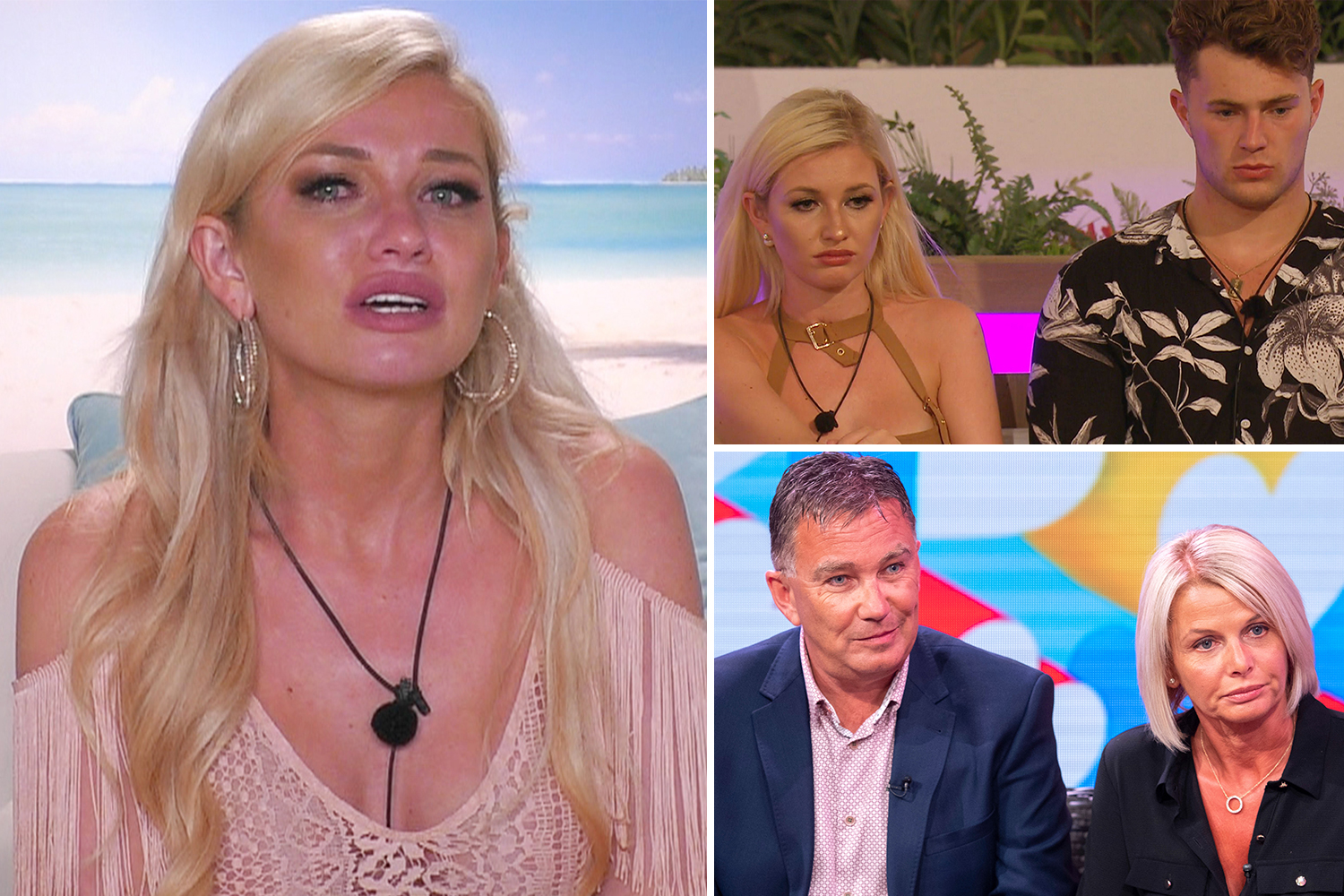 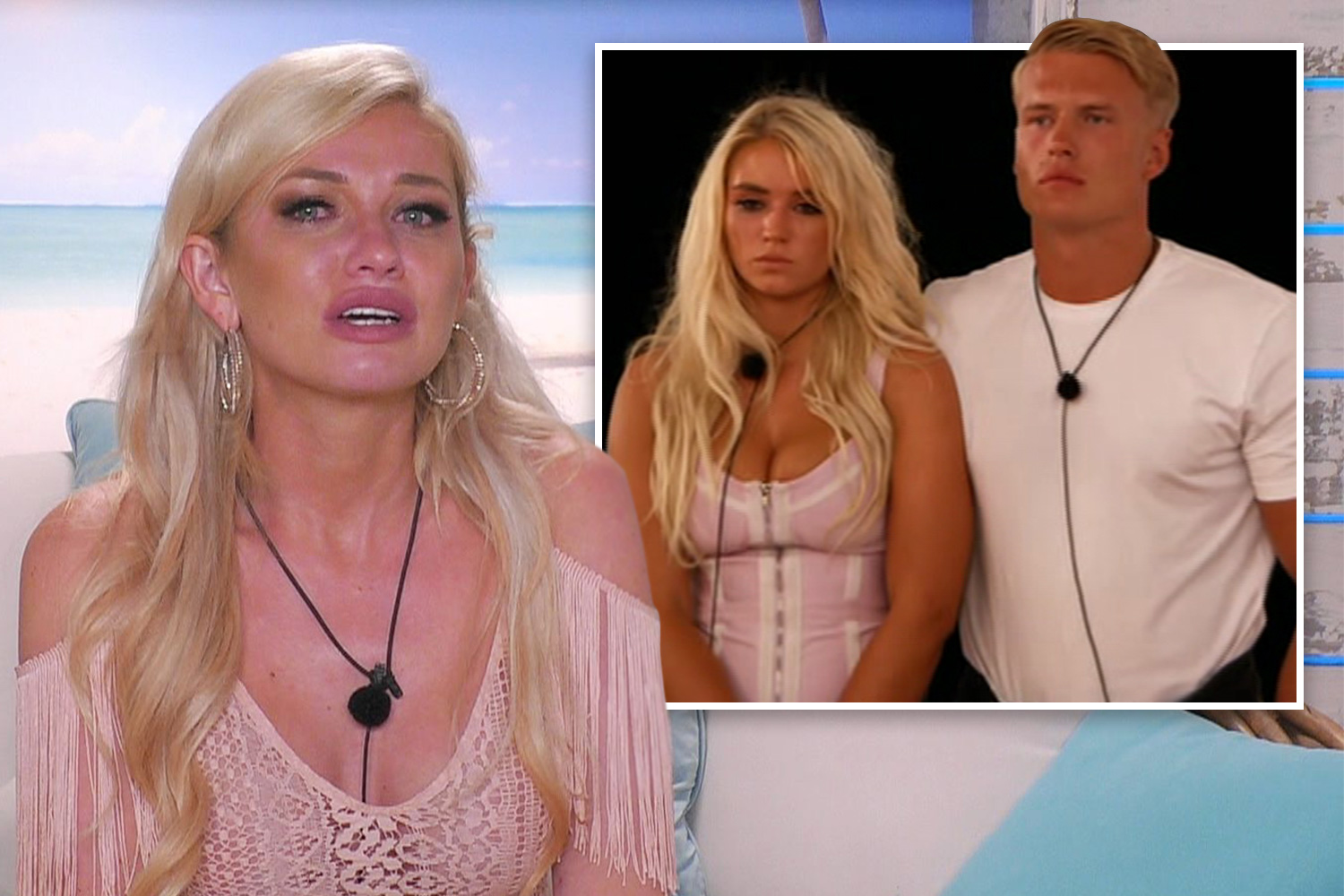 To rub salt in the wounds, Amy was left further devastated when Maura Higgins made a move on Curtis, with the Irish beauty telling him he'd been her first choice since she entered the villa.

A source close to Amy told us: "It was Amy's decision to walk from the villa as she felt she had got as much as she could from the experience.

"She fell in love, had her heart broken and couldn't stand the thought of seeing Curtis crack on with other girls while under the same roof as her.

"She was given therapy and support by the producers at ITV and they felt she was emotionally sound enough to make her own decision. They would never dream of keeping someone in there if they weren't happy about it."