Love Island saw another recoupling last night as it moves towards the end of the fifth week of being on television screens.

However, those watching the dating show noticed something weird happen during a scene with newcomers Chris Taylor and Francesca Allen.

Sitting down outside on the sun loungers, the two who had arrived only a matter of days ago were having a debrief about their dates.

Chris, who had brought over a full plate of food, began tucking in, but then all of a sudden the contents evaporated.

“So then my love,” Chris began. “Fill me in. What went on yesterday, because we haven’t even caught up after the dates.”

“Ovie was really nice and the reason I chose him was because he made me so welcome first of all,” Francesca replied. “Was he like that with you?”

“Yes, he’s a warm guy,” Chris said and Francesca continued: “He is just so nice.

“If feel like you should have that first little something, but obviously it is only one date and I haven’t spoken to him since.”

She then explained her reason for choosing Ovie: “I think I might have chosen him just because he did make me feel so welcome, comfortable.”

But from the beginning to the end of the conversation which was no longer than thirty seconds, Chris managed to eat all of his food.

Read More: Love Island: The reason why sex scenes aren’t shown after Tommy and Molly’s night in the Hideaway 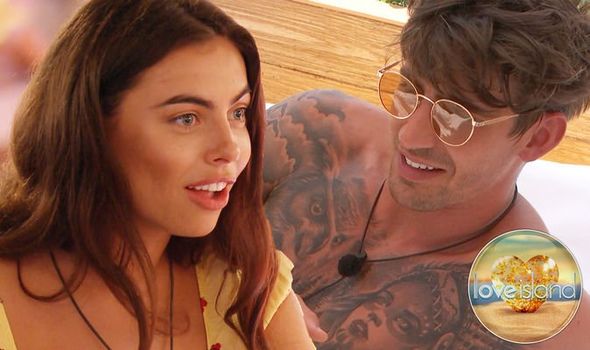 An eagle-eyed viewer spotted this and took to Twitter to share a clip, which he captioned: “Chris just nailed a full plate of food in 5 seconds without even opening his mouth once. Great work producers #LoveIsland.”

Someone else also saw it and wrote: “Can we just discuss how fast Chris managed to eat that plate of food. Man is hungry #LoveIsland.”

“Did anyone notice the food disappeared within 0.02 seconds after Chris sat down? #LoveIsland,” a third commented.

Another fan said: “Can someone tell me how Chris ate his food by the time he spoke 3 words?? #LoveIsland.”

It is no secret Love Island is edited, the cameras roll for 24 hours, seven days a week and viewers tune in to see an hour episode each night including adverts. 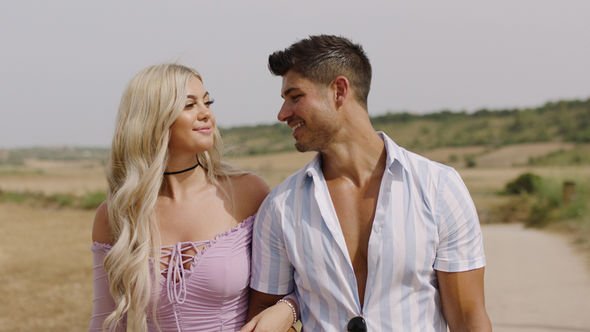 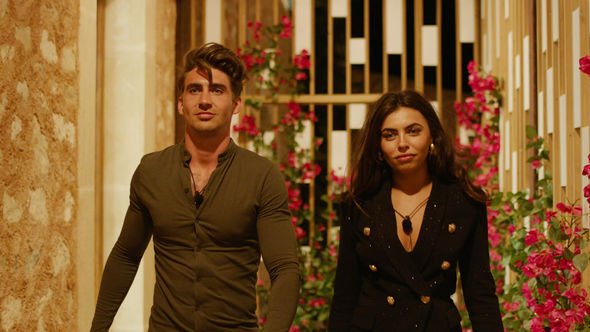 Did anyone notice the food disappear?

Meanwhile, is there a chance Michael Griffiths could upset the villa with his new intentions?

He started off being coupled up with the fiery Amber Gill, until the Casa Amor twist split the main villa and in walked Joanna Chimonides.

Choosing to recouple with the newcomer, Amber was left single, but it seems his head may have been turned for a third time.

Will Michael and Anton Danyluk fall out should the fireman make moves on Belle Hassan?

Love Island airs every night at 9pm on ITV.