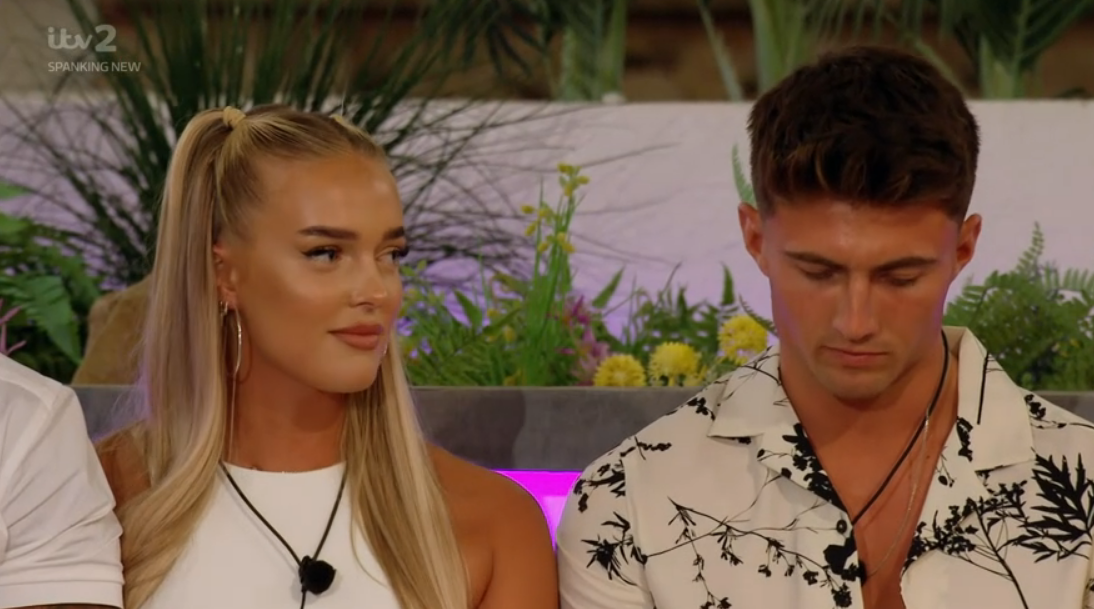 Mary was a Casa Amor bombshell who had been brought into the main villa while Dale had arrived in the main house to get grafting on the girls while the boys were away.

The new girl had her eye on new boy Dale, but so did Abi, who had previously been coupled up with Toby Aromolaran.

Tuesday’s episode saw the pair have a quick chat about their love triangle, and agreed that they would play it cool as it wasn’t as though they were stealing Dale from the other person.

At the fire pit however it was definitely not cool as far as Mary was concerned, who appeared crushed to see Abi make her choice.

Standing up Abi said she wanted to couple up with Dale because ‘from the second he walked into the villa it was smiles and fun and good energy’.

‘I may have friend zoned him a little bit at one point but I was thinking that maybe I could force him to come and give me a spoon,’ she added.

As the pair were applauded by the other islanders Mary could barely muster a smile.

She whispered to Clarisse: ‘What the f**k am I supposed to say now?’ referring to the fact she would have to explain why she was choosing new boy Sam – the only man left standing.

Clarisse told her: ‘Just say obviously you was connecting with someone and someone else took him. Facts.’

There was change elsewhere as new romances were formed and old couples who couldn’t sort their lives out decided they did want to be together after all.

Millie ended up back together with Liam despite finishing with him over his Casa Amor antics, and Chloe and Toby also decided to give things another shot.

The other couples are Amy and Hugo, Faye and Teddy, Kaz and Matthew, Clarisse and Tyler and Liberty and Jake.

Another couple may be at risk of being dumped as viewers were asked to vote for their favourite pair at the end of the episode.