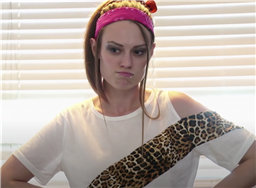 Love After Lockup is the ultimate guilty pleasure reality show. There’s excessive drama, but viewers love rooting for the former inmates. Lindsey Downs and Scott Bradshaw were one of those couples but not for long. Fans initially liked the pair but not after seeing how toxic their relationship was.

Now, Downs and Bradshaw are broken up, and Downs is back in prison. She gave an interview from jail about her experience and revealed new details that weren’t shown on the TV series.

Downs and Bradshaw’s relationship seemed toxic on both sides. Still, after watching the show, Downs doesn’t feel like her story was told — at least not completely. She told Starcasm that Bradshaw did terrible things that weren’t filmed and didn’t make it into the series.

According to her interview, Bradshaw was often intoxicated and even threw her stuff out onto her mother’s lawn in a drunken rage. (That’s after he tried to keep a lot of her daughter’s things.) Downs’ daughter, Mylie Grace, shouldn’t be wrapped up in all of this, but Bradshaw wouldn’t allow Downs into his house to get her daughter’s things.

She alleges that Bradshaw even went so far as to put a gun in the house so that she couldn’t enter. Downs is a felon, which means she can’t be around firearms. “I still had a lot of things in the house that I was planning to get later on,” she explained. “But Scott texted me informing me he had put a ‘weapon’ in the house and wouldn’t allow me to return for my things.”

Although Downs was reported to the police for destroying some of Bradshaw’s things, that’s not exactly what landed her back in jail. She had quite a few charges against her, including possession of a controlled substance.

When will Lindsey Downs get out of jail? 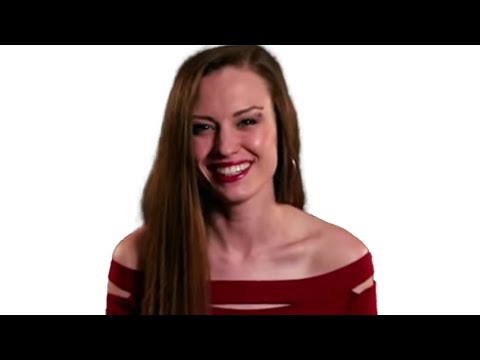 Before she was sent back to prison, Downs cut all contact with Bradshaw. She claims she’s completely done with the relationship. He did attempt to contact her in prison via a letter. However, it wasn’t a nice “let’s get back together” letter. The paper, which Downs shared on Instagram, is a list of things Bradshaw predicted Downs would do upon getting out of prison.

Downs is currently in an Alabama correctional facility until at least March 2022. She received a 24-month federal prison sentence. According to Downs, she’s still looking for love behind bars despite her negative experience. At first, she didn’t want to return to using the prison pen pal website.

She’s since changed her mind, however, and set up a profile in the hopes of finding a better partner. Downs explained, “My friends have pushed me to not assume everyone is like Scott and to not let him affect my chance of happiness in the future. So, expect to see me back on the website within the next 2 months and — fingers crossed — for better luck next time!”