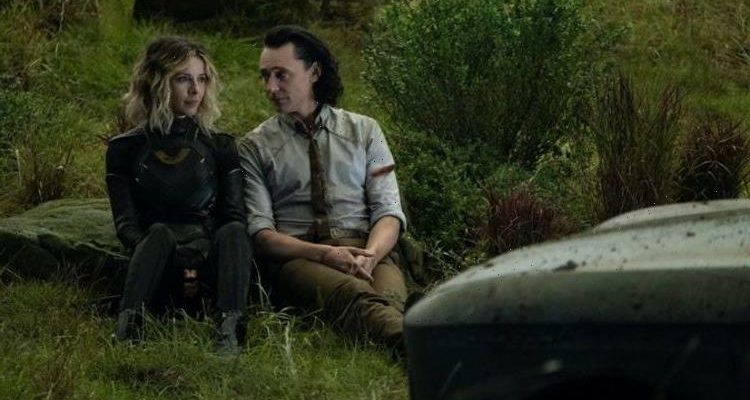 Loki has pushed the Marvel Cinematic Universe (MCU) in a new direction, introducing fans to new concepts, characters, and locations. The show also marks Marvel’s first time giving an MCU villain his own series. But will the Disney Plus show be back for a second season?

Will there be another series of Loki?

Marvel has big plans for the MCU with the release of Loki, a show which explores the concept of the multiverse.

Over the course of six episodes, the series has managed to cram in a lot of details about different universes, time travel, meeting different versions of yourself and more.

With the season finale coming tomorrow (July 14), many fans are now wondering if the show will be back for another season.

At first, it may seem unlikely for the series to return, as Disney Plus’s previous two Marvel shows WandaVision and Falcon and the Winter Soldier will not be getting a second season.

Wandavision’s story is leading directly into the film Doctor Strange and the Multiverse of Madness, while Falcon and the Winter Soldier will continue in the film Captain America 4.

Loki (played by Tom Hiddleston) also looks set to tie into the upcoming Doctor Strange film, as this series is exploring the concept of the multiverse for fans.

However, there is a reason for Loki fans to be hopeful, as the show is the most likely to receive a continuation, according to Marvel producer, Nate Moore.

In an interview with IndieWire, the producer explained that Loki “lends itself to multiple seasons” and that the series didn’t have to be a one-off story.

Moore explained: “The one that comes to mind – and that probably isn’t a secret – I think there’s a lot of storytelling in Loki that’s really irreverent and clever and cool, but also lends itself to multiple seasons in a way where it’s not a one-off.”

Disney and Marvel appear to be testing the waters with the release of the three Marvel shows, seeing how fans react to the new format.

While there have been Marvel shows in the past, such as Netflix’s Daredevil which does connect to the MCU, Loki is a direct tie-in to the film that hasn’t been done before on this level.

Moore’s comments could also back up a statement Clark Gregg made back in May when he told Variety that Tom Hiddleston had done “10 episodes or 12 episodes” of Loki.

Clark Gregg, who played Agent Coulson in the Marvel films and stars in the show Agents of SHIELD, has been working with Marvel since the original Iron Man, released in 2008.

The star continued: “I’d be lying if I didn’t say boy, that would really be interesting to start the experiment over. Doing 10 episodes or 12 episodes the way Tom Hiddleston told me he was doing on Loki with that kind of budget and that Marvel Cinematic production team.”

Despite the statement, Gregg could have simply been mistaken over the number of episodes in the series, or it could be an indication of more to come.

At the moment there is no official statement on the release of a second season, with no release date confirmed.

A more likely scenario would be for Loki to continue as a film, much like how Falcon and the Winter Soldier will with Captain America 4.

Yet, now that Black Widow is in cinemas following a lengthy delay, Marvel can clearly adapt their plans based on fan reception and need.

The second season of Loki could drop if there is enough fan demand for it, however, it does depend on how the season finale will go.

The finale is set to reveal who the mysterious big bad is behind all the shenanigans of the series, with the ultimate question of who created the TVA being revealed.

There are many different fan theories on who it could be, with a Loki variant or Kang the Conqueror being on the top of the list.

Kang is a time-travelling supervillain that has been one of the Avengers’ main enemies in the comics for decades.

The character is making his debut in Ant-Man and the Wasp: Quantumania, the third Ant-Man film.

Kang will be played by Lovecraft Country star Jonathan Majors, however, there is a slight chance he could be debuting in the Loki finale.

For now, fans will have to wait to discover the fate of Loki, with news on the future of the character and series likely to come following the season finale.

Loki is available to watch exclusively on Disney Plus.