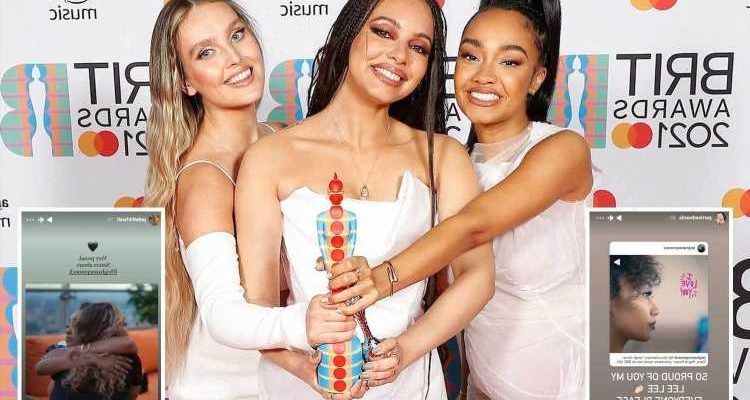 LITTLE Mix's Jade Thirwall and Perrie Edwards have shown their support for Leigh-Anne Pinnock as her racism documentary airs.

The pair both gushed and said they were "very proud" of their bandmate for tackling the issue in the BBC show. 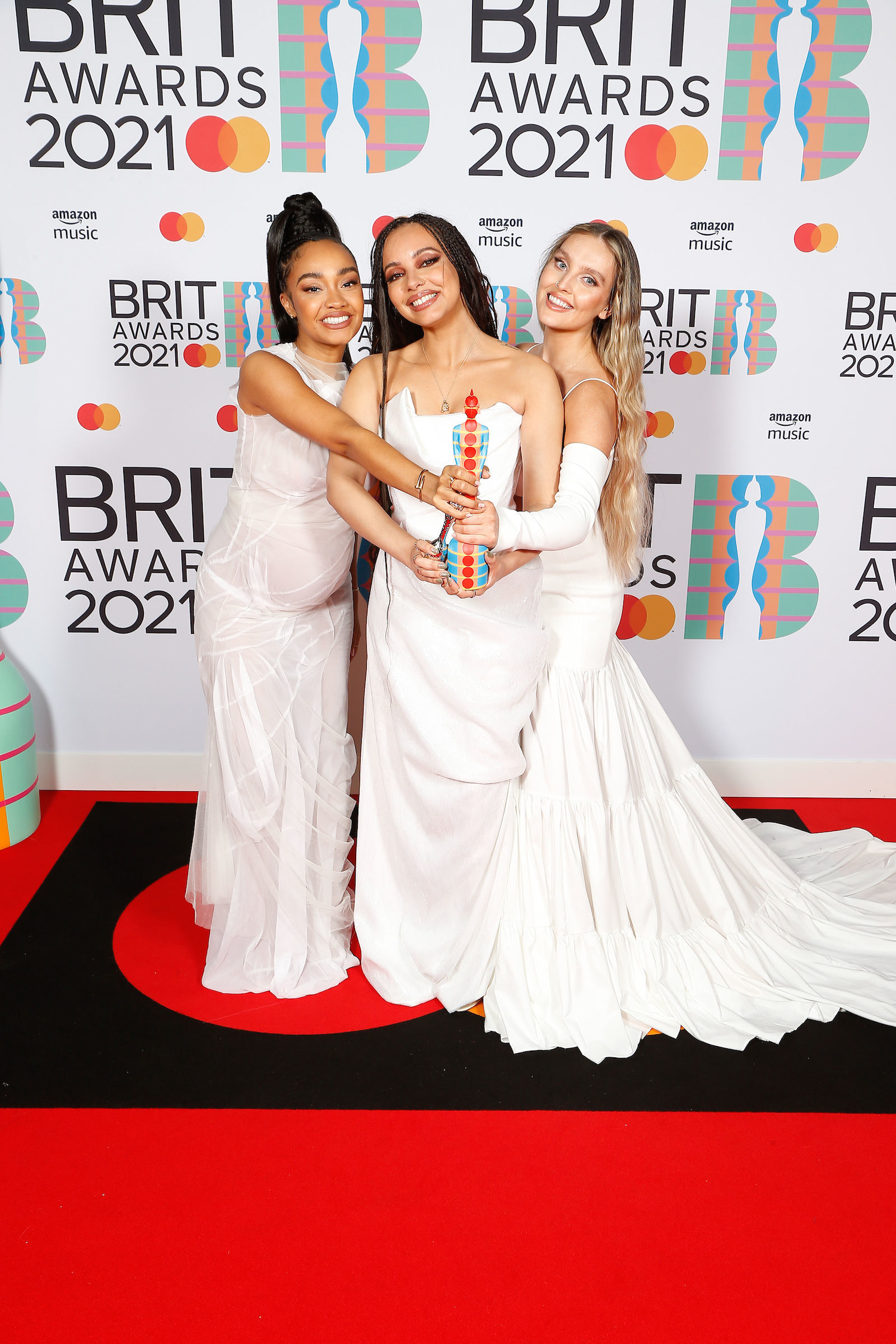 As Leigh-Anne: Race, Pop & Power was broadcast on Thursday evening, Perrie, 27, wrote on her Instagram stories: "I love you!

"So proud of you my Lee Lee," before the pregnant star encouraged everyone to "please watch".

While Jade, 28, asked: "Who's watching? @bbcone right now", alongside a picture of Leigh-Anne on her TV screen.

She then shared a snap of the pair hugging and captioned the image: "Very proud. Sisters always @leighannepinnock". 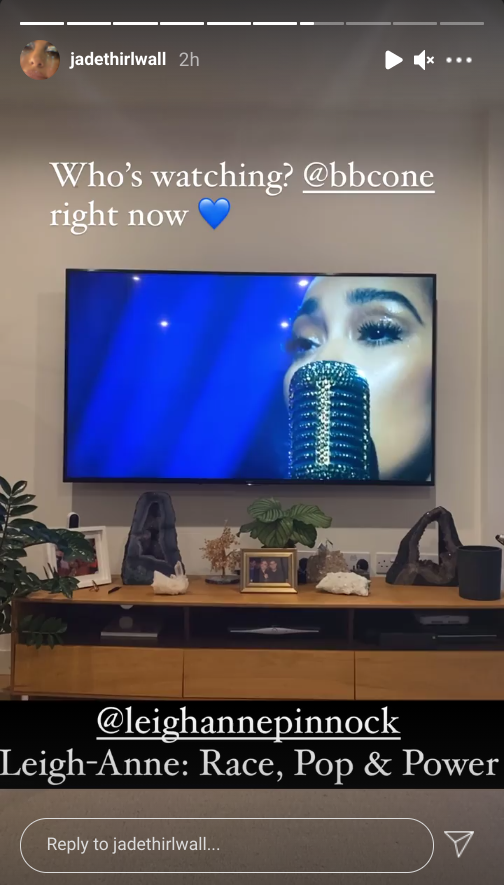 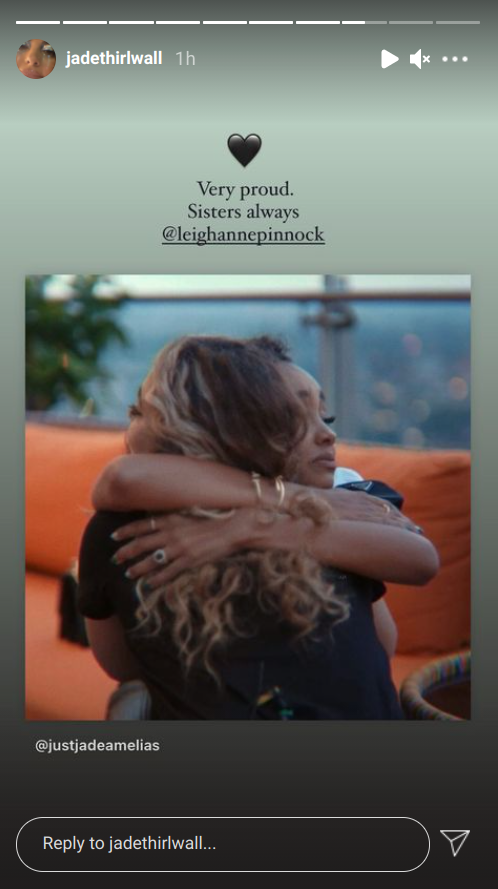 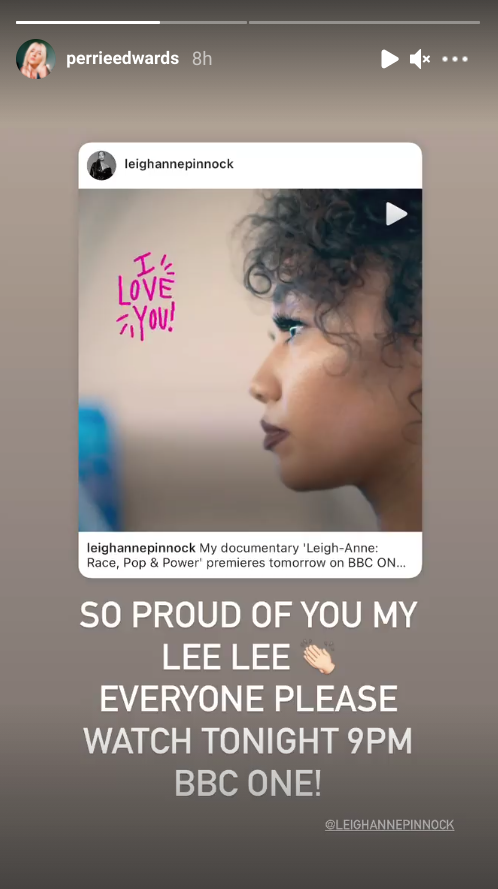 Leigh-Anne, 29, who is also pregnant with her first child, was praised by fans as she bravely opened up about her experiences with racism in the band.

The singer was praised as she fought back against the lack of diversity in the industry in her powerful documentary.

In upsetting scenes she also recalled the devastating moment she suffered racist abuse at school when another child told her she was “from the jungle” – but said it wasn’t until being in the band that she experienced it again. 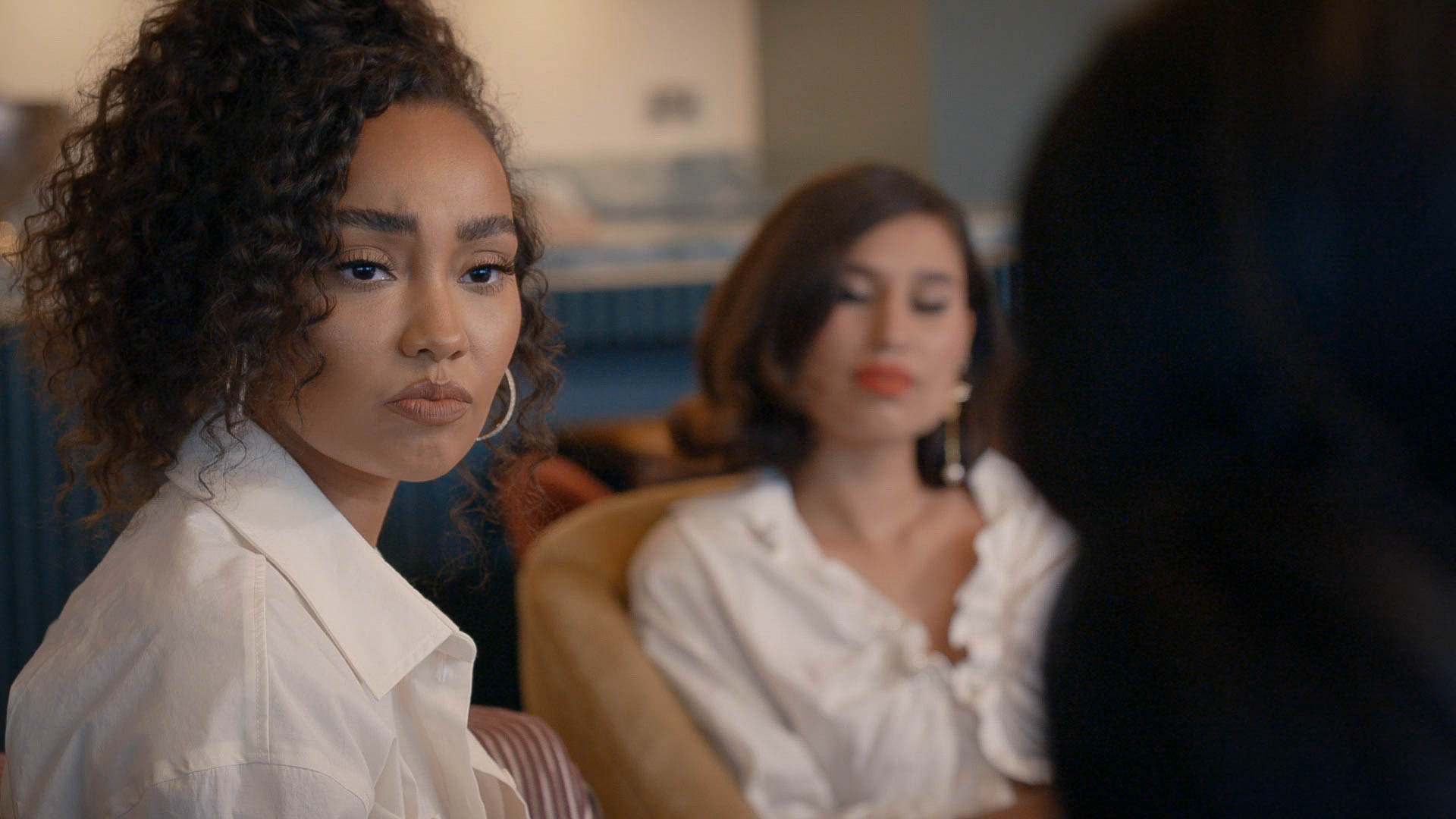 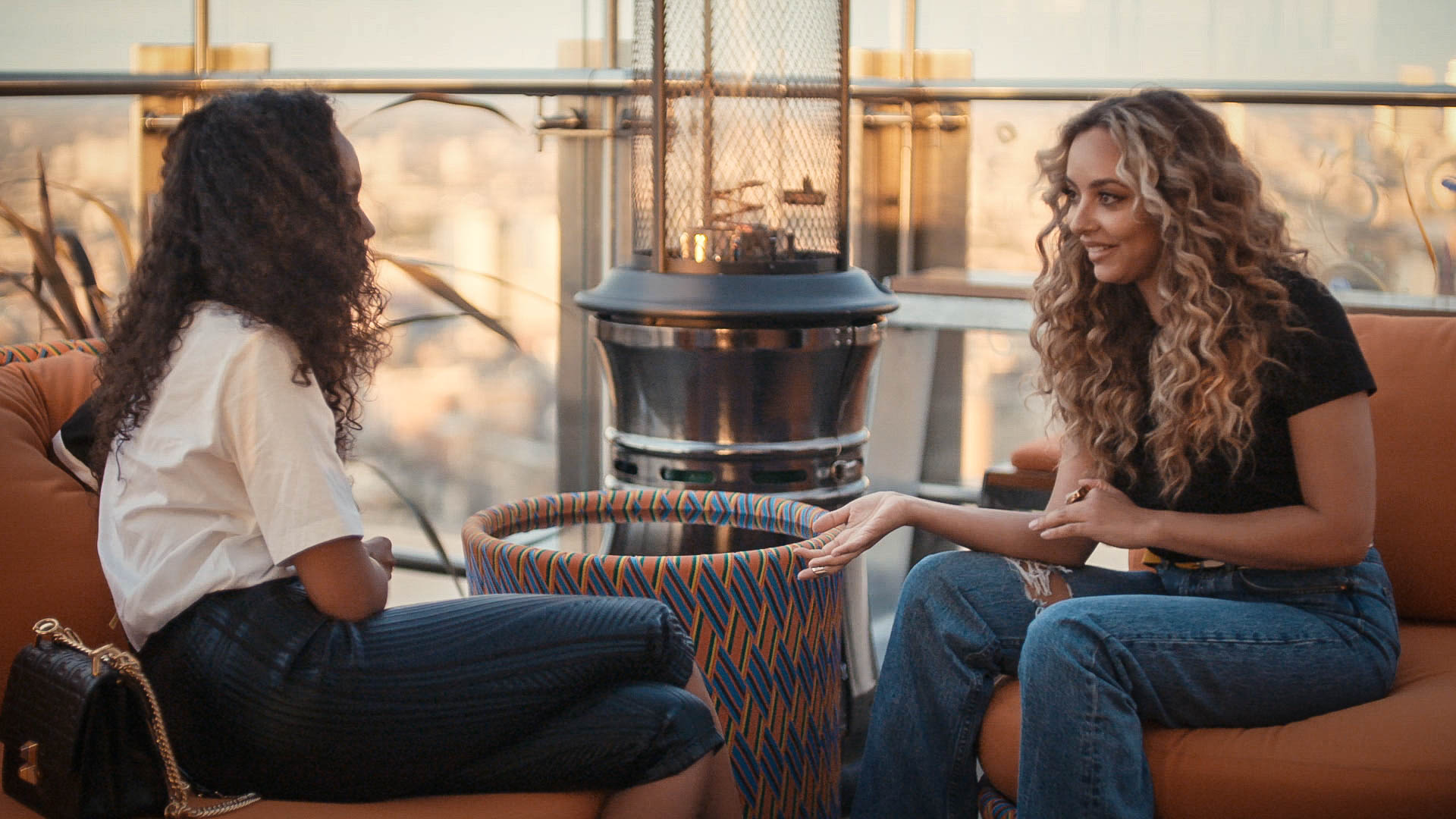 Leigh-Anne, who is engaged to footballer Andre Gray’s first child last week, explained: "The only time I ever experienced racism was one time at primary school.

Leigh-Anne was born and raised in High Wycombe, Bucks, by Deborah, a teacher, and John, a mechanic, who she says brought her up to be “really proud” of their Caribbean heritage.

But Leigh-Anne says she has always felt less popular than her bandmates, because of her race.

Reacting to the scenes, viewers admitted they were in tears listening to Leigh-Anne recount her experiences.

One person wrote: “Nearly 20 minutes in and I’m already crying again. I’m so proud of you Leigh-Anne.

Another added: “Listening to these women speak on racism is bringing me to tears. Imagine being told to bleach your skin. That'll stay with you for life.”