Line of Duty fans rejoiced when show boss Jed Mercurio announced season six was in production. The cast and crew wrapped up filming earlier this month and now it is the turn of the editing crew to do their thing and put the show together. But, it seems all their hard work could be undone as details over the “big final scenes” have slipped through the net.

“Filming is in the final stages,” an unnamed source said.

“Some of the cast have already wrapped up but a few of the main scenes are yet to be finished.

“It should all be done in the next few days – end of the month at the latest.

“Earlier this week, one of the big final scenes was filmed at night at Straid Dam near Carrickfergus,” the continued. 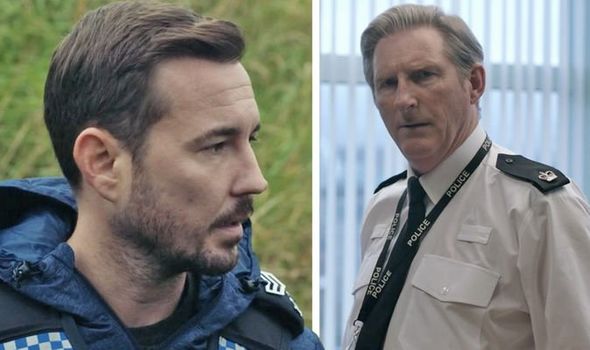 “Even though people in the local area know what show is being recorded bosses had managed to keep any major leaks from happening.

“But over the past few days countless amateur images from set have started to appear online – it will be a headache for the BBC but so far everything is under control.”

A second unnamed source also told the Daily Star: “Filming will continue at various locations elsewhere past this week.”

Fans are hoping the mysterious fourth member of H will be unveiled. 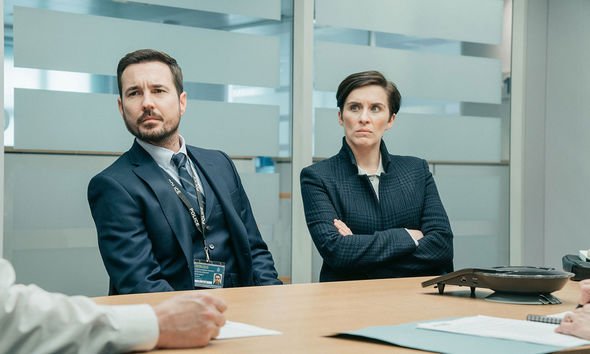 But they may have to wait until the seventh series for that to happen.

While the BBC has not confirmed a seventh instalment of the popular police-crime drama, Jed has revealed his plans.

When asked about storyline details, the creator said: “I know the basics of it, yes, but its terms of how we get their episode by episode, that’s something that I leave until we actually get into script development on the given series.

“I don’t think very far ahead in terms of actually plotting out, but since series two finished we’ve always had conversations with the BBC about how far ahead they were prepared to commission the series,” he explained.

“So, series three was commissioned with a series of four already in the bag, which meant we knew that series three didn’t have to be the last and we’ve carried on that way really up until series six, where we always knew there was the possibility that of another series.

“And that’s become increasingly important because of the meta-narrative, the overall arc where there are so many loose ends, what we don’t want to do is have a loyal audience left hanging and frustrated because the series doesn’t get re-commissioned and there are lots of unanswered questions, which we’ve never had the opportunity to address,” Jed told Mark Billingham on the Albi podcast, A Stab in the Dark.

Usually, Line of Duty takes a two-year hiatus before returning to the small screen.

The sixth series intended to break with this tradition and air later this year, but due to the current coronavirus outbreak, filming for the upcoming series was postponed.

However, everyone involved “followed the science” and managed to complete Line of Duty season six.

Line of Duty is available to watch on the BBC iPlayer now.