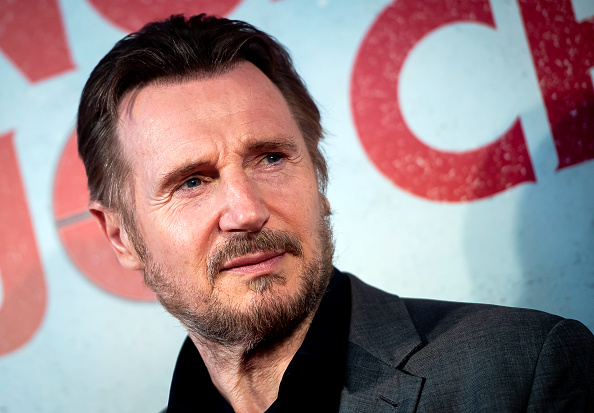 Derry Girls viewers have been left shocked to their core after Liam Neeson casually showed up in a mind-boggling cameo in the first episode of season 3.

In the premiere, Erin (Saoirse-Monica Jackson), Clare (Nicola Coughlan) and the rest of the gang found themselves in a spot of trouble (what’s new?) when they tried to break into their school to find out their GCSE results.

Of course, their plan went anything but smoothly, when they not only inadvertently helped a couple of men stage a burglary of computer equipment, but then ended up being caught by the police.

While being questioned at the police station, the Taken star showed up out of the blue as Chief Constable Byers, a local member of the police force who interrogated the gang over their misdemeanour.

In the end, Erin’s dreary great uncle Colm (Kevin McAleer) helped get them out of their spot of bother… with viewers left reeling by Liam’s unexpected guest-starring role.

‘It’s such a unique and special show with real heart and amazing to see the lives of ordinary, funny people living in Northern Ireland during The Troubles played out in a Channel 4 comedy,’ he said.

‘It was lovely to be back filming there and having fun with them all.’

Derry Girls returns on Tuesday at 9.15pm on Channel 4 and is available to watch on All 4.