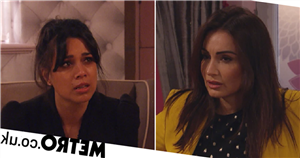 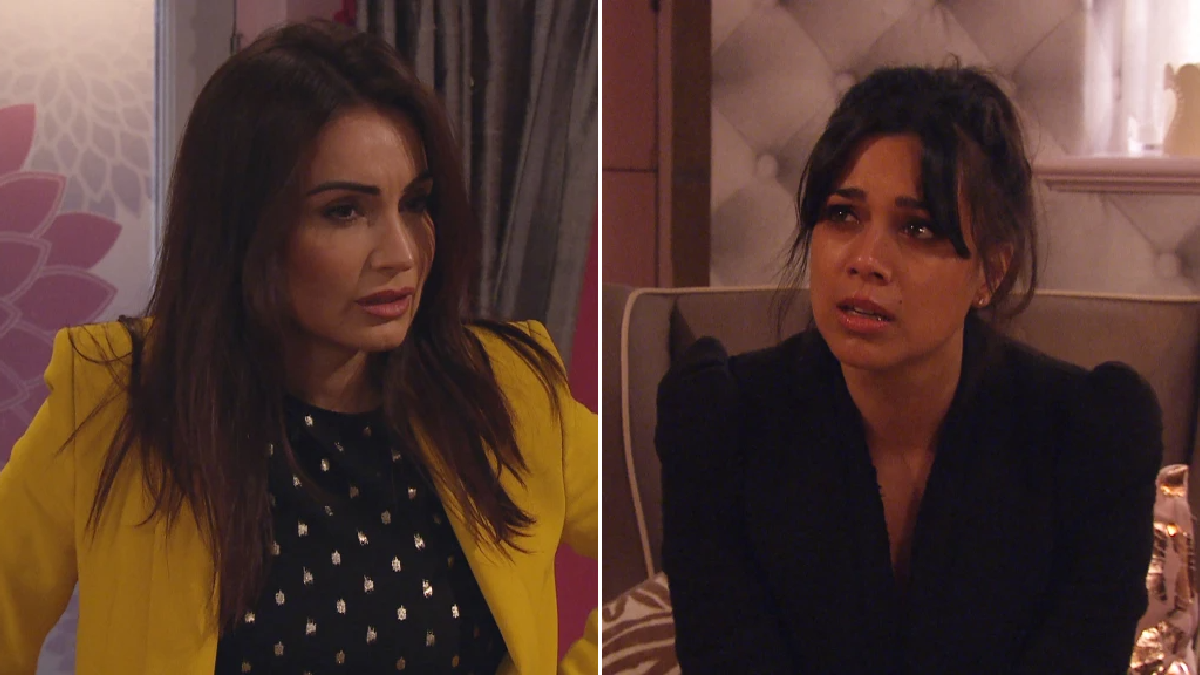 After spending most of her night working, Leyla was on-edge as we opened the episode, trying to prep for her all-important meeting with two huge clients.

However, Leyla’s day started to go downhill when she discovered Priya had upset the all-important clients.

Leaving Priya to deal with the journalist for a magazine, Leyla and Suzy (Martelle Edinborough) arrived at HOP for their meeting.

Desperate for some cocaine, Leyla began searching through Suzy’s bag only to be caught red-handed.

As the meeting got underway, it was clear Leyla was seriously struggling.

She was agitated, nervous and her chaotic behaviour made it seem as though Take a Vow isn’t the professional business being perceived.

Meanwhile, in the office, Priya was anxious as the journalist began taking photographs of her.

The journalist notice Priya was uncomfortable and kindly suggested taking off her jacket, unaware of Priya’s burn scars from the maze fire last year.

Priya panicked and told the journalist to leave.

As a grumpy Leyla returned, she was furious to discover the journalist had already gone.

Priya tried to tell Leyla that she didn’t feel comfortable having her scars on show, but her friend failed to show any sympathy, simply telling Priya she’s being dramatic and making the situation all about her.

A tearful Priya stood up and left, telling Leyla she wouldn’t be helping with the business ever again.

On her own, it was clear Leyla regretted her comments – but is this enough for her to see her drug habit is taking over her life?