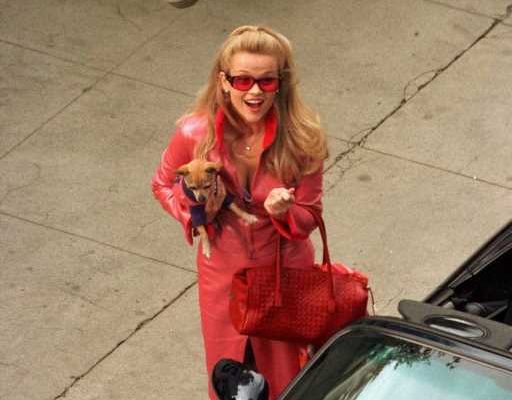 Reese Witherspoon worked alongside plenty of well-known stars while filming the 2001 comedy Legally Blonde. But one actor was her most beloved co-star of all time, and their identity may come as a surprise to fans.

Witherspoon’s breakout role came in the early 2000s when she landed the female lead in 2001’s Legally Blonde. The actor played Elle Woods, the perky and energetic sorority girl who enrolls in Harvard Law School to win back her ex-boyfriend, Warner Huntington III.

Once there, Elle finds herself ostracized for being too blonde. As she battles the stereotypes against those who look like her, Elle begins to learn that there is more to her than just beauty. In the end, she triumphs as a successful lawyer thanks to her self-confidence and impeccable fashion/beauty sense.

Legally Blonde was released on July 13, 2001, and was an instant hit amongst fans. Not only did it gross over $140 million worldwide, but it also solidified Witherspoon’s spot in Hollywood as she’s been starring in critically acclaimed and high grossing films ever since.

Though starring in Legally Blonde was an enjoyable experience for Witherspoon, playing the energetic Elle Woods and getting to wear fashion-forward costumes wasn’t the best part of filming for her.

Instead, it was getting to work closely with Bruiser, Elle’s canine companion and fellow Gemini vegetarian she brings to Harvard Law School.

According to Witherspoon, Bruiser was her favorite co-star of all time as he was very easy to work with.

“He doesn’t talk back. He always knows his lines. He’s always well-behaved,” she said of the little chihuahua who melted hearts in Legally Blonde while appearing on Good Morning America in 2018.

Witherspoon grew such a fondness of Bruiser that she had him accompany her when she received a star on the Hollywood Walk of Fame in 2010.

“I got a star on the Hollywood Walk of Fame. You get to pick who you want to help you indoctrinate your star, and I picked Bruiser,” she shared. “He’s one of my favorite co-stars.”

Witherspoon informed fans of this tragic news on her Instagram but made sure to honor the beloved pup’s memory by penning a sweet tribute to him in the post’s caption.

“He was a sweet little Chihuahua who was very loved,” the Cruel Intentions star wrote. “I will never forget all the days we spent together … I’m sure his tail is wagging in the sky.”

Reese Witherspoon on why she loved starring in ‘Legally Blonde’

Although Witherspoon has starred in plenty of movies throughout her career, Legally Blonde continues to hold a special place in her heart, given its lasting impact on pop culture.

“Of all the movies that I’ve made, there is one that comes up more than any other, and that is Legally Blonde,” Witherspoon said during the Legally Blonde virtual reunion in October 2020. “And I think that’s because of Elle Woods. I think she just inspired people to believe in themselves. She just has a true sense of herself and she always wants to see the best in others.”

Though she’s refused to name her favorite film of all time, Witherspoon previously revealed that Legally Blonde was one of the most enjoyable projects she’s ever been a part of — and given her extensive filmography, that’s saying a lot.

“I loved making Legally Blonde, because I love pink! It was really fun,” the actor told E! News in 2016. “I got to wear all the amazing costumes. I also got to work with a dog every day… I’m obsessed with dogs. I love dogs!”