The Late Show with Stephen Colbert was the most-watched late-night show in total viewers for the 2020-21 television season – its fifth consecutive year at the top.

There are, however, some interesting battles emerging across the broadcast networks involving Jimmy Kimmel Live!, The Tonight Show Starring Jimmy Fallon, Late Night with Seth Meyers and The Late Late Show with James Corden.

Using full season, live+7 ratings from Nielsen, Colbert comfortably won the spot with a total average of 2.95M viewers – also the first time ever the CBS show has had a five-season winning streak.

But for the first time in its 18-year history, Jimmy Kimmel Live! beat NBC’s The Tonight Show in total viewers. The ABC show beat the NBC show with 1.75M viewers to 1.54M viewers across all viewers.

At 11:30pm, the interesting competition is in the demos.

When you use live+3, which Deadline understands is the metric that all of the late-night shows use to sell ads, there’s very little between ABC, CBS, and NBC.

The Tonight Show team are pleased with their performance when it comes to live+same day numbers, putting together a 12-week run at the top or tied at the top using this metric. 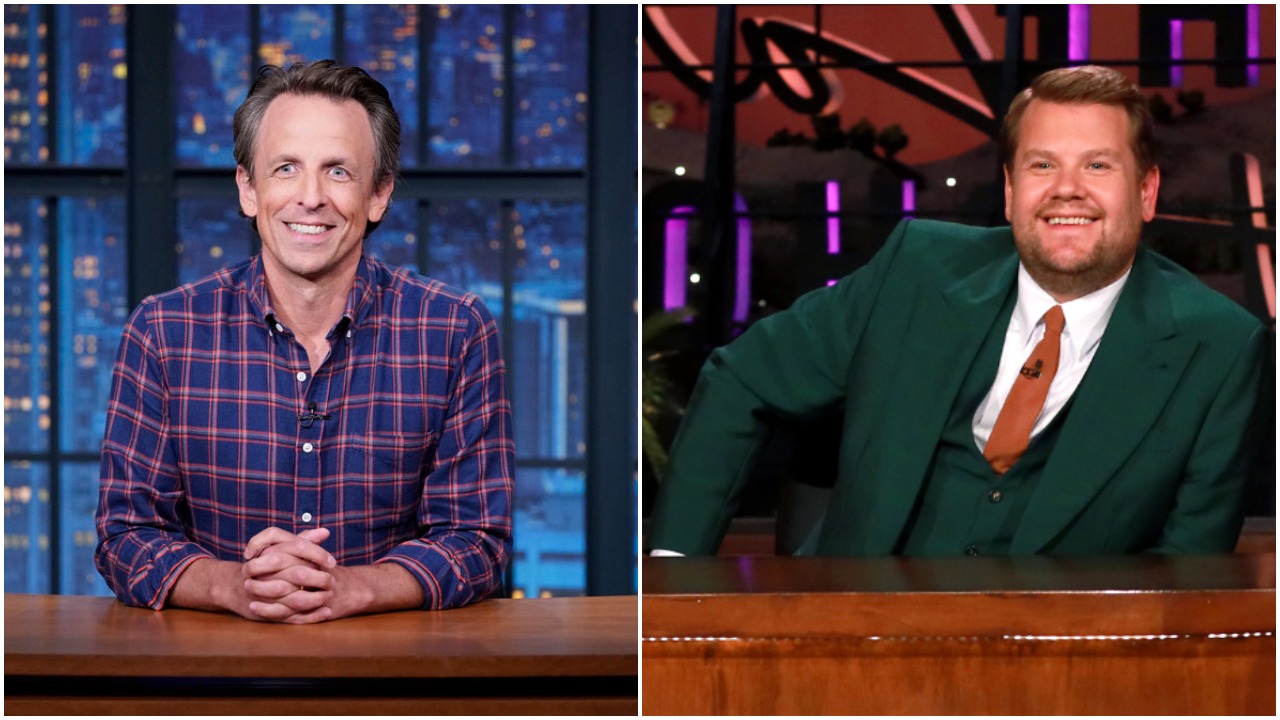 When it comes to 12:30am, the battle between Seth Meyers and James Corden is also interesting.

Meyers also wins the 18-49 demo with 0.2 and 215,000 viewers against Corden’s 0.1 and 174,000 viewers. It should be noted that, and to some extent this applies across all of late night, Corden’s show has been built for a viral age, particularly his field segments such as Carpool Karaoke, and Meyers similarly saw his A Closer Look segment get particularly attention during the controversial election year.

The late-night ecosystem has changed a lot over the last 20 years and the battle for linear eyeballs is not as pronounced as it was, particularly under Jay Leno and David Letterman, but there is still healthy competition at 11:30pm. The hosts of these shows are known to get along very well, accentuated by working together in some ways during the pandemic, but there is obviously still interest from their teams and the networks to do well against the competition.

We will never see the same war between the hosts – as defined by the battle to replace Johnny Carson – but the next late-night front to watch is going to be seeing who is consistently putting on the big post-pandemic show for fans.

The Late Show returns to the Ed Sullivan Theater on Monday June 14 with a full, vaccinated audience and it is expected to be a pretty rambunctious affair, one that Colbert has been counting down to. The Tonight Show also came out quickly with a full audience and Jimmy Kimmel, which shoots in LA rather than New York, is expected to be next up with a live audience with the host telling Deadline recently that he hopes to bring fans back into the studio once California’s latest reopening begins from next week.

There’s no sign of Late Night or The Late Late Show bringing back full audiences but you’d expect it to happen at some point over the rest of the year.