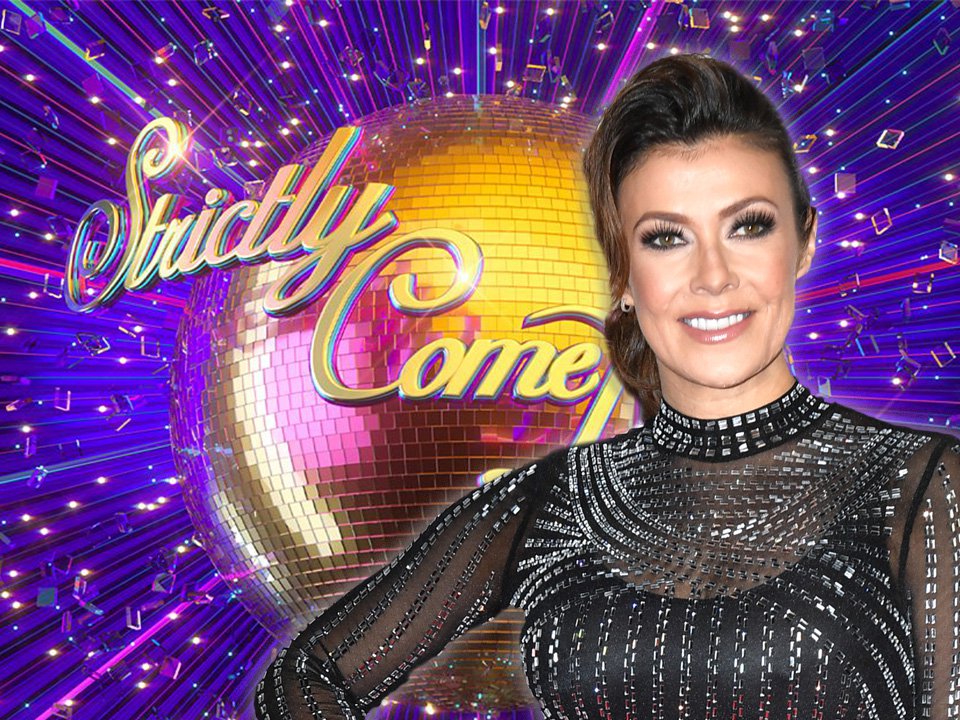 The former Coronation Street actress was left devastated when her father, Dave, 77, was diagnosed with incurable prostate cancer last year.

The 46-year-old said his illness completely changed her perspective on life and inspired her to seize opportunities, including the chance to take part in the BBC One dance competition.

She told The Sun: ‘Since he was diagnosed last March I’ve just decided to grab everything while I can.

‘Without being melancholy, we don’t know how long we’ve got him for, so you’ve got to make the best of these situations.’

Kym said that her father has also encouraged her to live her own life to the full as you ‘never know what’s round the corner.’

‘My dad’s diagnosis does change things. He’s been telling me for years, “You never know what’s around the corner, so grab things with both hands”,’ she explained.

‘But you don’t think about that until an event happens. It makes you look at things differently.’

Kym added that she did not imagine she would ever return to reality TV, after she rose to fame on Popstars in 2001.

‘Did I think when I did Popstars 22 years ago that I’d still be here, performing on a show like this one? Absolutely not,’ she revealed.

‘And really, I’m setting a foot back into the reality world.’

Alongside Strictly, Kym said she had been approached about ITV’s I’m A Celebrity… Get Me Out of Here before, but she hadn’t been interested.

‘I’ve been asked to do I’m A Celebrity… and other shows over the years but this is the one show that I always said I wanted to do,’ she stated.

Instead, Kym wants to push her dancing skills to a whole new level, from ‘prancing around’ in Hear’Say to nailing the technicalities of ballroom and Latin dances.

She said: ‘It would be great if I could inspire people by going on the show. It’s great to do things that are out of your comfort zone to test yourself, because we’re not used to this.’