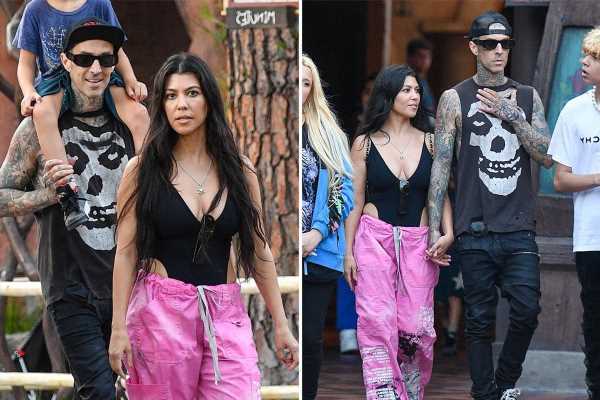 Kourtney, 42, took a trip to Disneyland with her new boyfriend Travis Barker and some of their children. 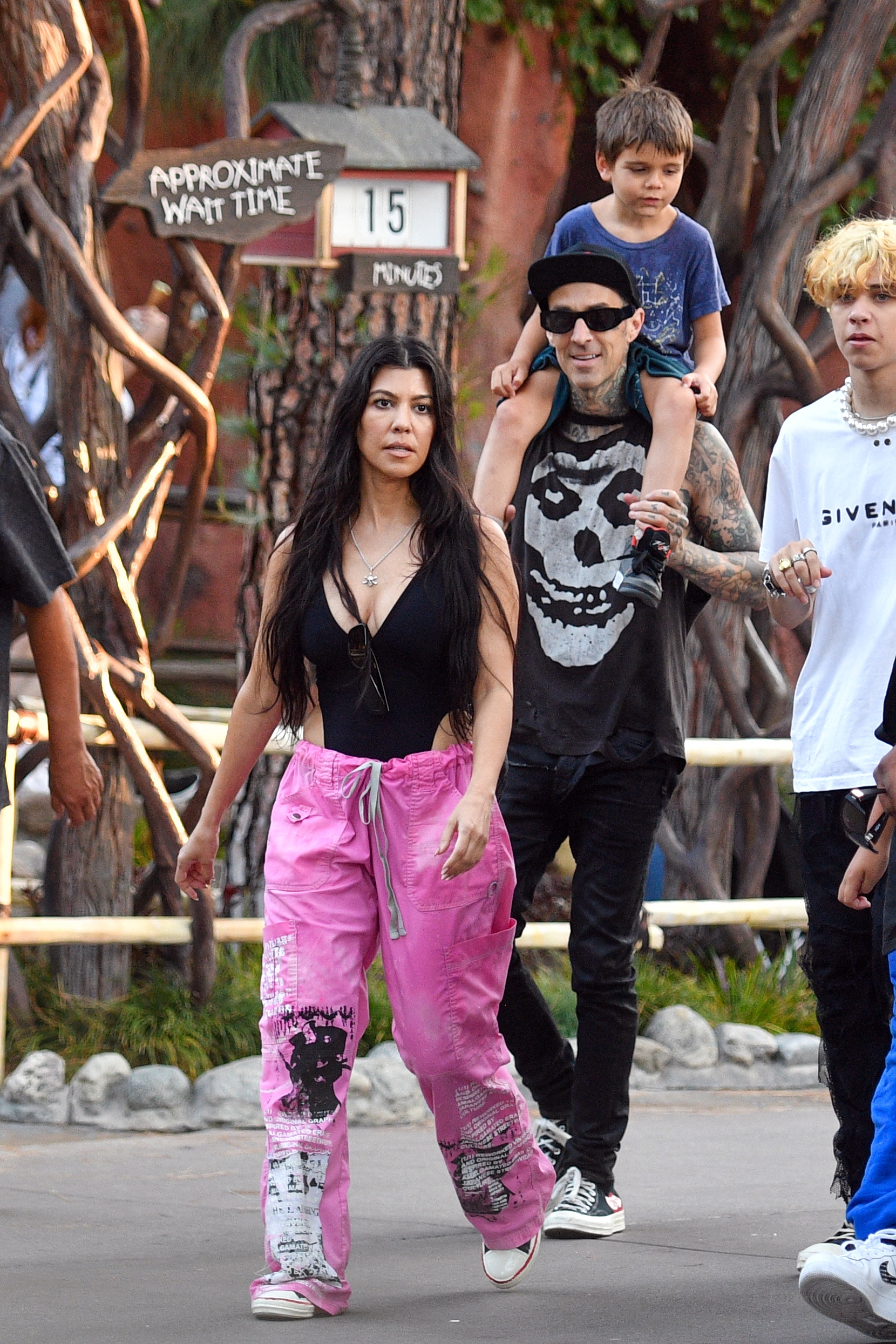 It's the couple's third trip to the theme park in a little more than a month and they looked happier than ever as they walked through the attractions.

She smiled as they went on Splash Mountain with Travis' teenage children, Alabama and Landon.

Two of Kourtney's children, Mason, 11, and Reign, five, were also there on the fun ride too. 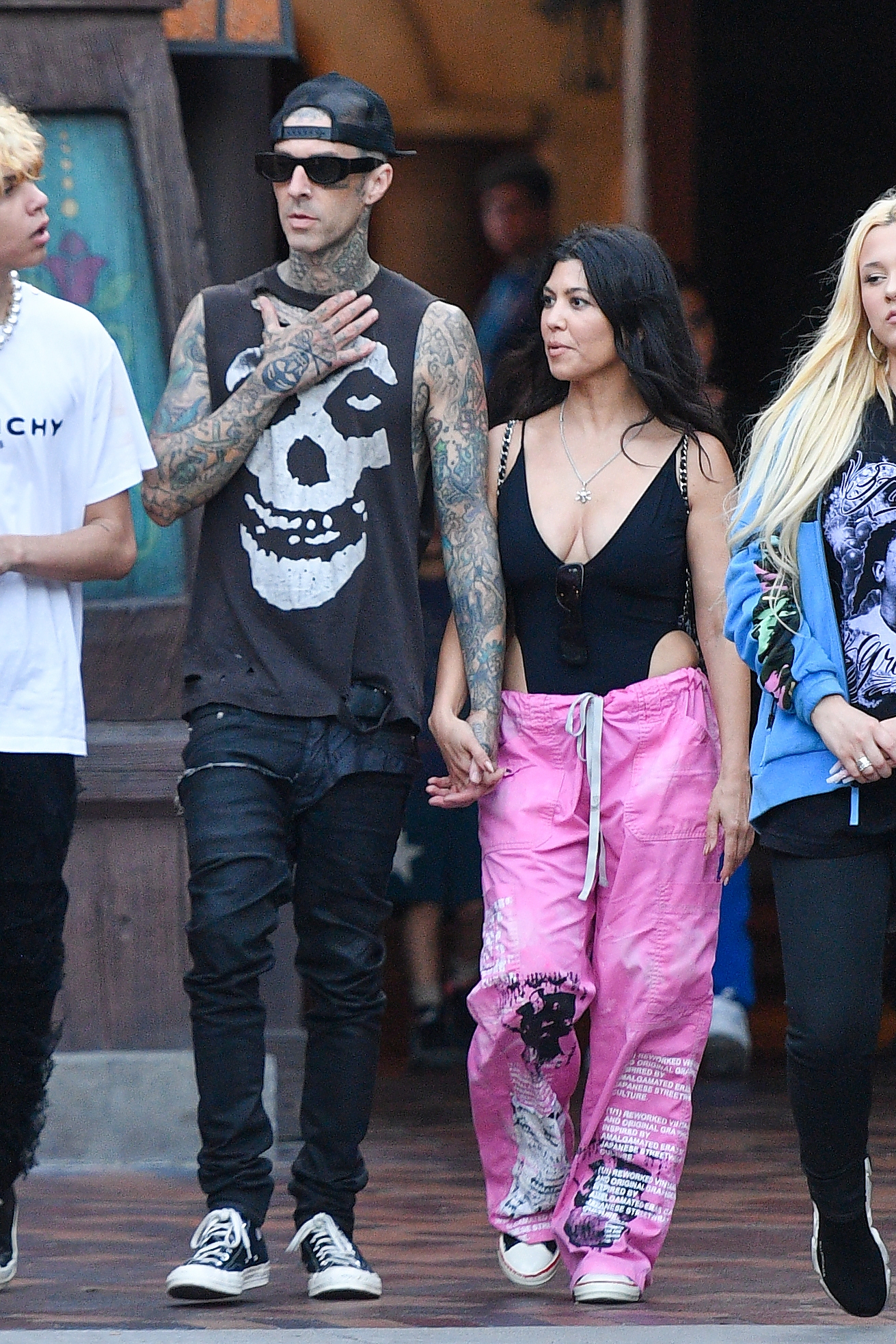 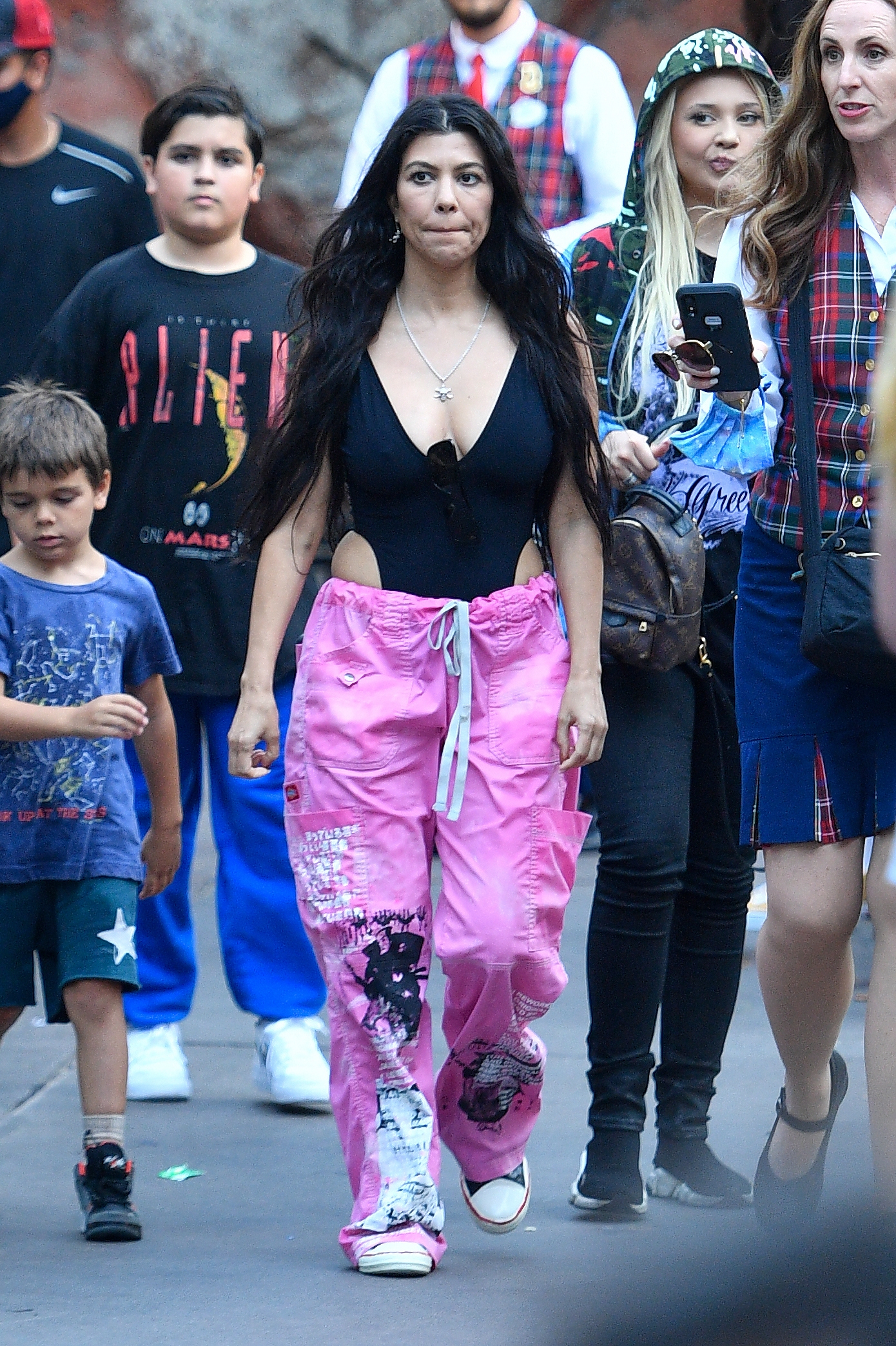 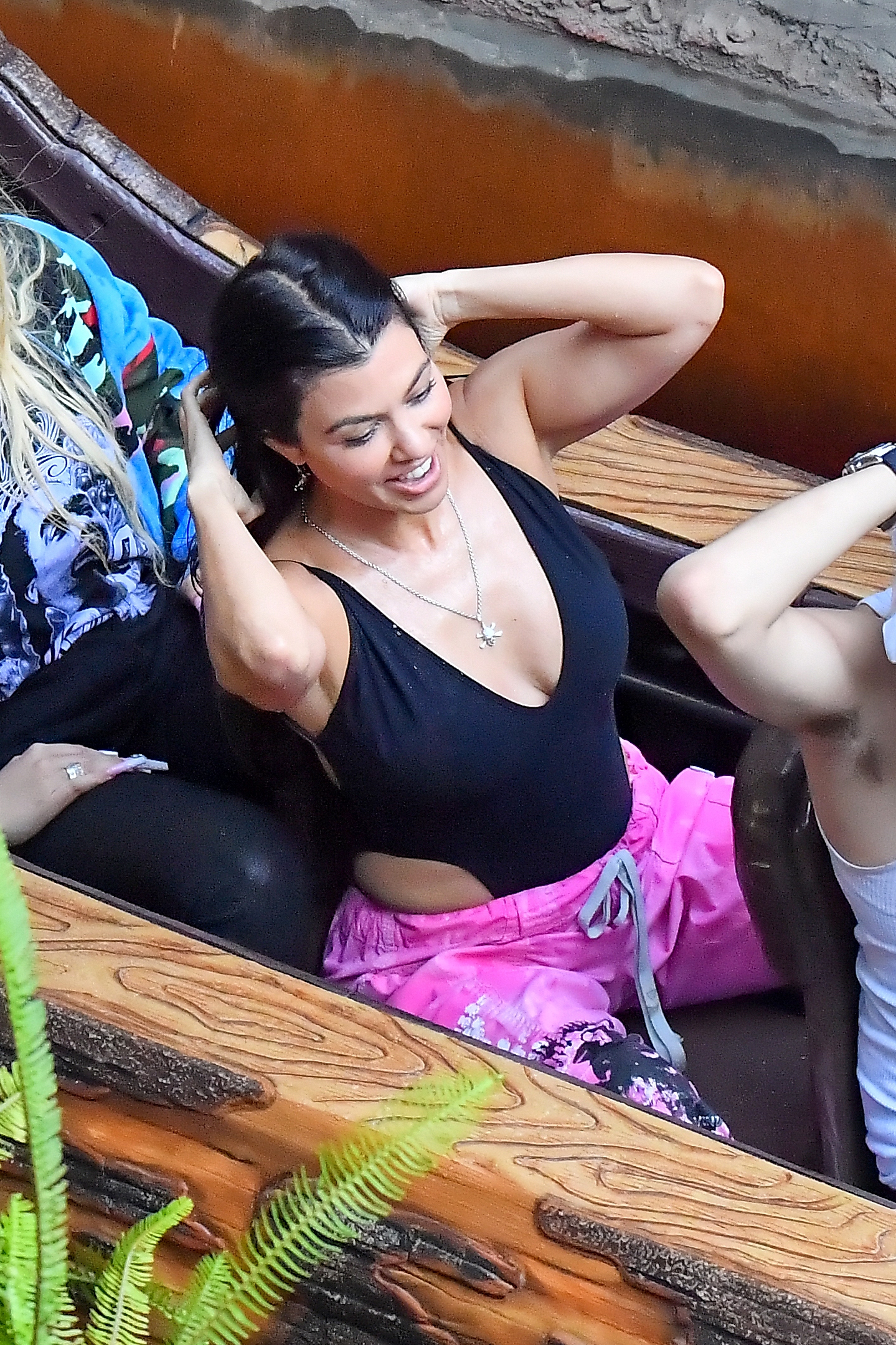 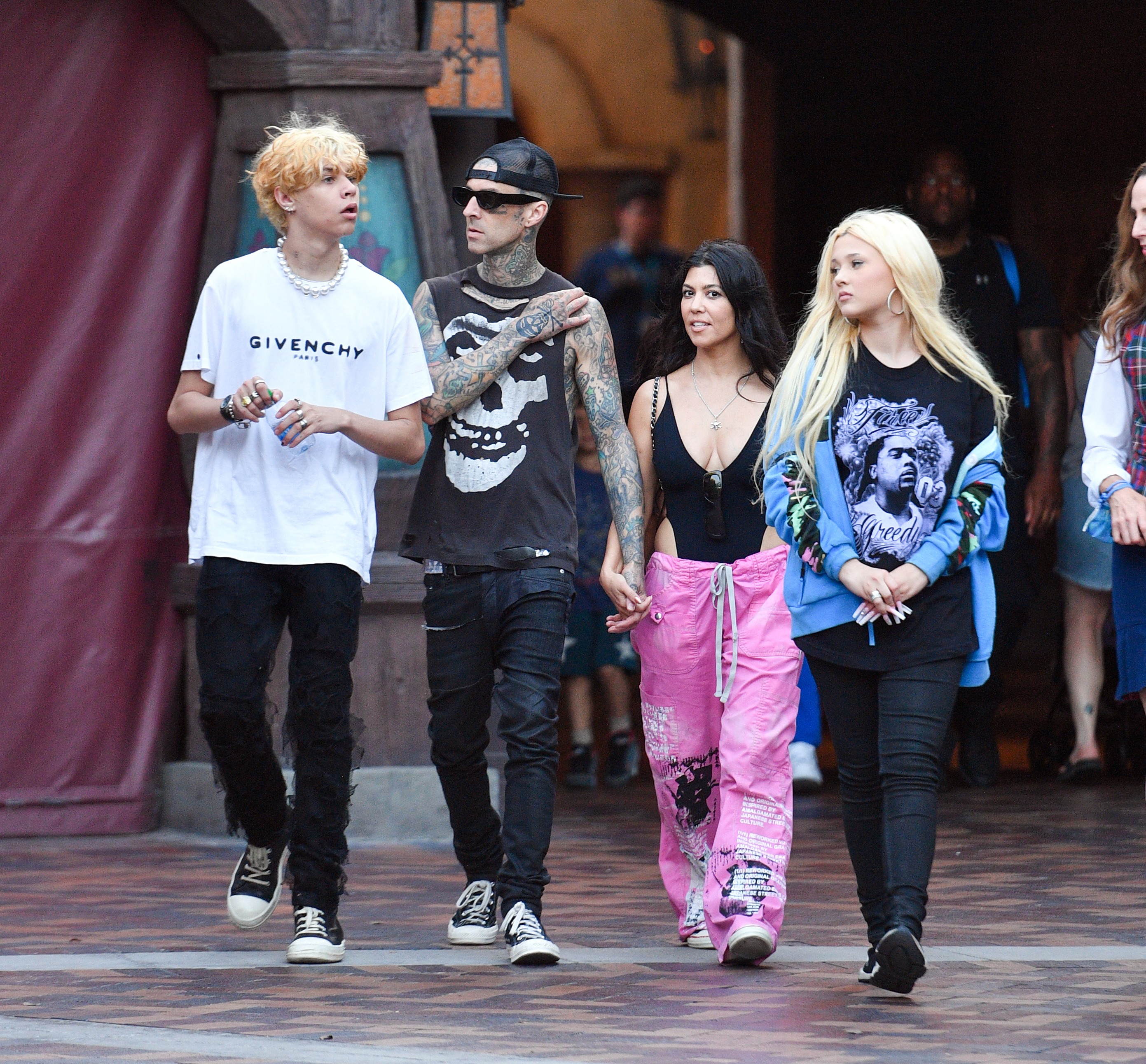 They were treated to a VIP tour guide to show them around the popular theme park.

Kourtney went Instagram official with Travis, 45, in February after months of rumors that they were dating.

They have been sharing plenty of PDA posts since going public with their romance, with some fans suggesting it's lead to her getting pregnant with the Blink-182 drummer.

But one TikTok fan took the theory much further and predicted the loved-up couple will announce the pregnancy within the next two weeks, with the rumour gaining traction online. 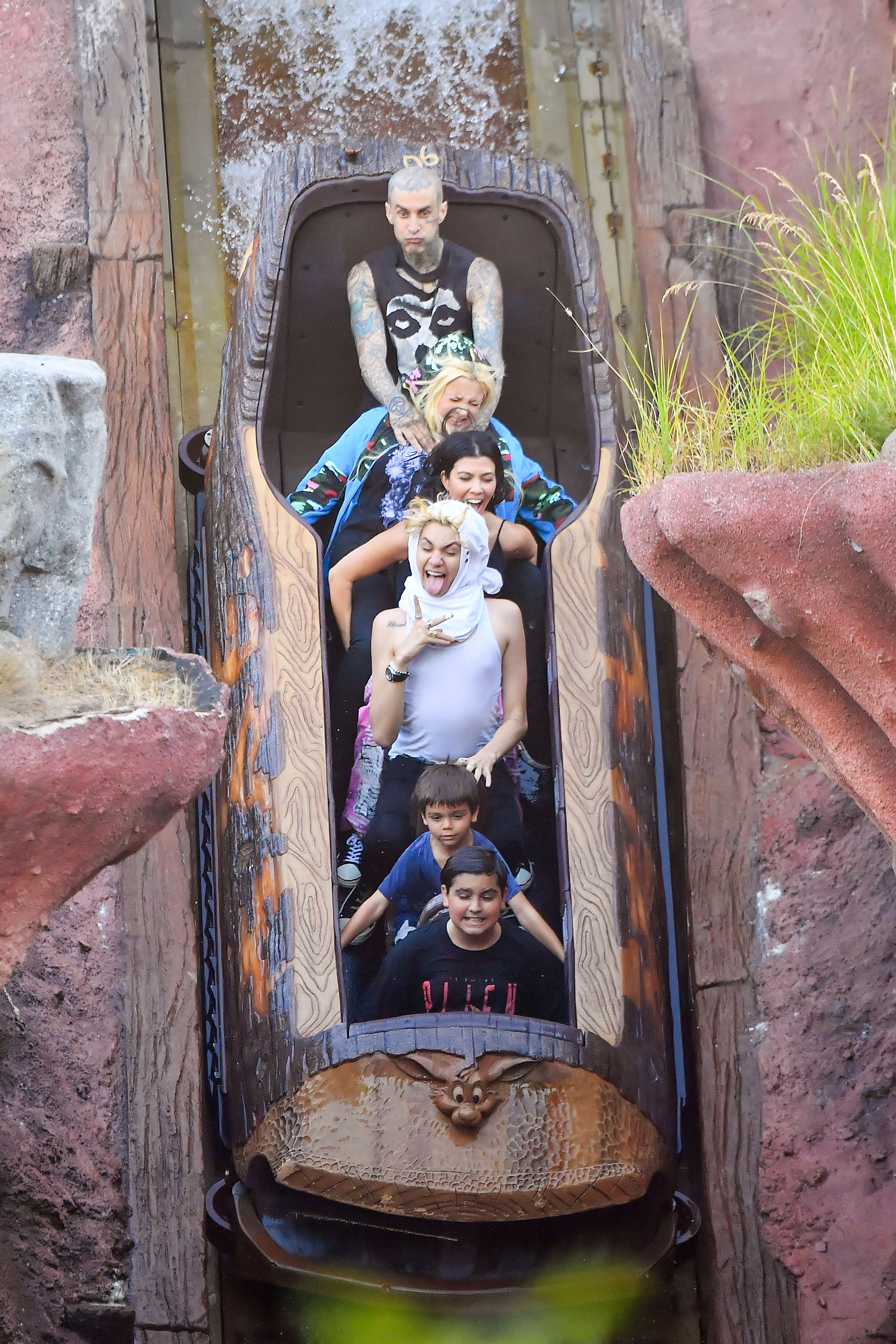 "So I know nobody is going to see this," stated TikTok user @__nicolettee_ incorrectly as her video went viral getting 1.4million views in a matter of hours.

Standing in front of a photo of Kourtney and Travis, she pointed to the pair saying she 'knows for a fact' a pregnancy announcement is imminent.

"But I have to document it for myself, because I know for a fact within the next week, two weeks tops, these two are going to be coming out with their pregnancy announcement."

She did not reveal how she knew this, but it follows a tip to celebrity gossip Instagram Deux Moi, that an 'A lister' was pregnant and would announce it soon. 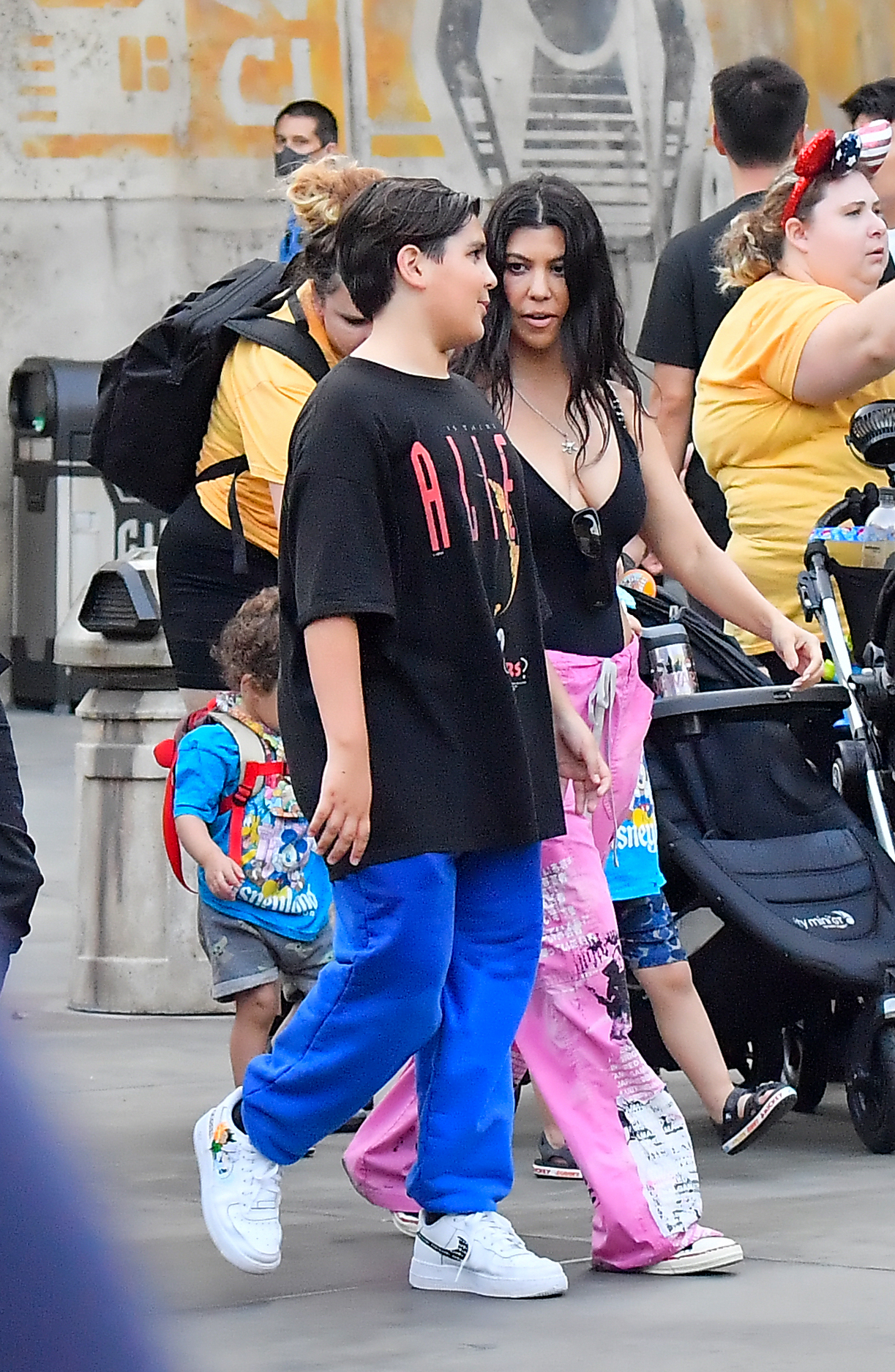 Plenty of people over on Twitter also strongly believe Kourtney is pregnant with her fourth child.

"Kourtney kardashian is pregnant…. I’m just waiting for the announcement at this point," wrote one Twitter user.

Another added: "kourtney is totally pregnant w travis’s baby mark my words that’s why they’re extra hot n heavy and why he’s willing to get over his fear of flying now."

Travis was left feeling "suicidal" and suffering multiple burns after the jet he was travelling on "blew up" in September 2008. 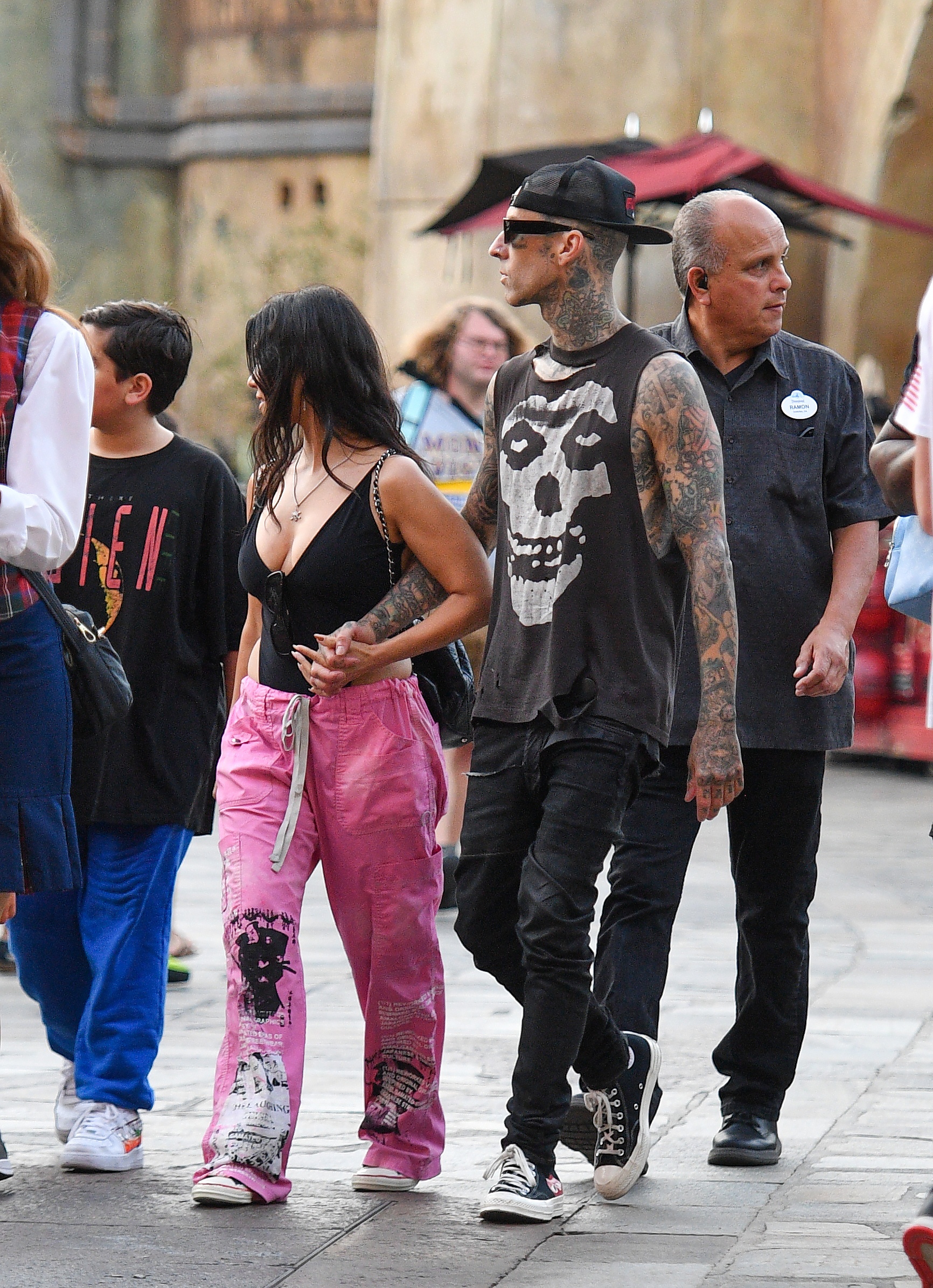 Travis and one other passenger survived the devastating accident, while the four other people on board died.

Despite the impact on his mental health, the rocker appears to be ready to get back on a plane.

Travis caught fans' attention when he tweeted on Friday, "I might fly again," alongside a plane emoji.

The musician's change in outlook might have something to do with his relationship with Kourtney. 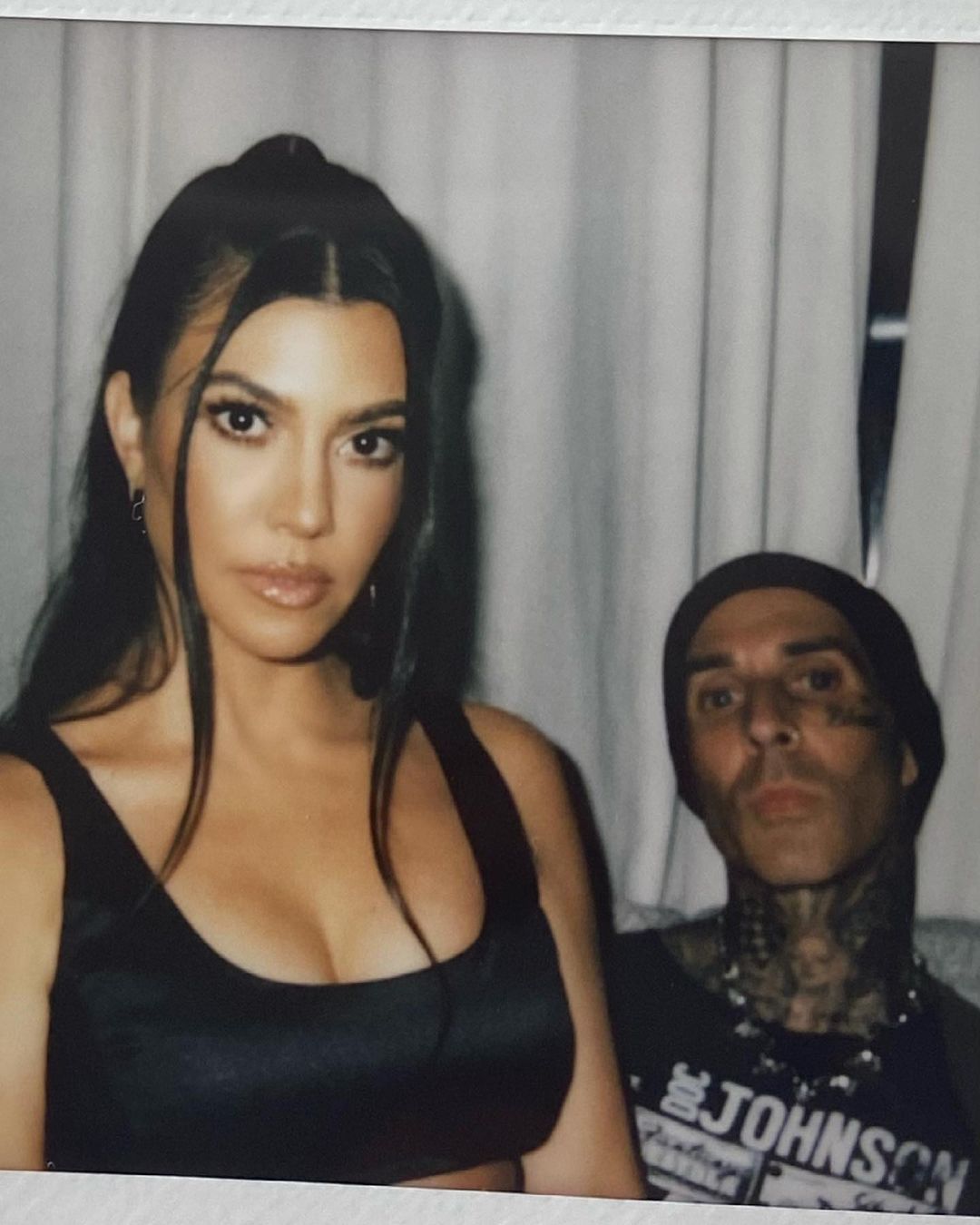 Travis and the Keeping Up With The Kardashians star, 41, have been on several loved-up getaways since confirming their romance, including to her $12million La Quinta mansion.

It was rumoured that she wanted a fourth child after becoming broody again after her sisters Kylie and Khloe welcomed their babies in 2018.

Insiders commented last year: "She talks about it all the time – especially as her sisters have had babies in the last few years.

"She'd love a little brother or sister for her Reign, Penelope and Mason. Nobody would be surprised if she got pregnant – she loves being a mom, it's the most important thing to her.

"It's the perfect time now the show is ending."