KIM Kardashian made cookies with her sexiest underwear photos on them after Kanye West admitted to CHEATING on her.

Kanye admitted to cheating on his ex as he struggled with alcohol abuse according to Page Six, which first reported his alleged cheating on Wednesday. 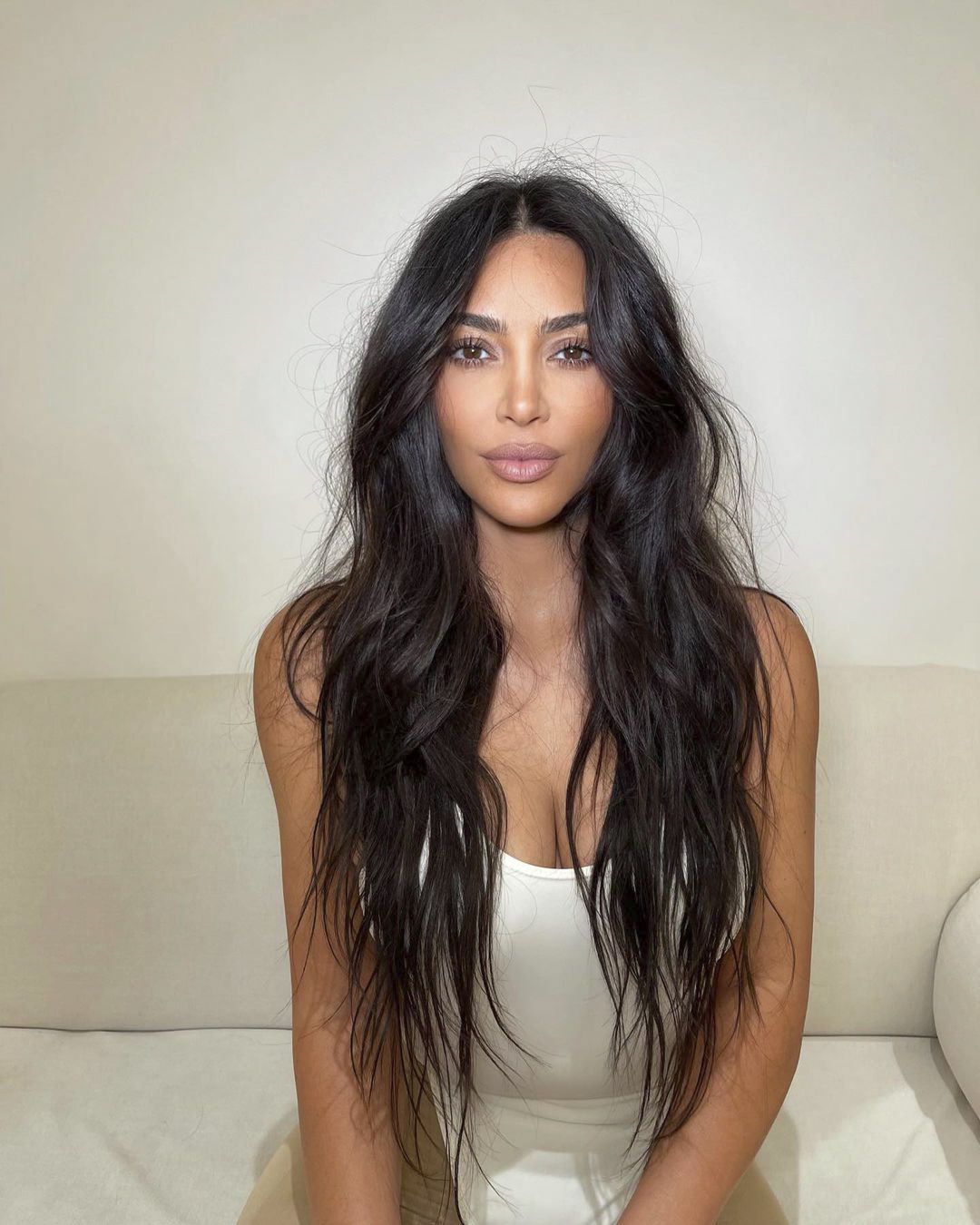 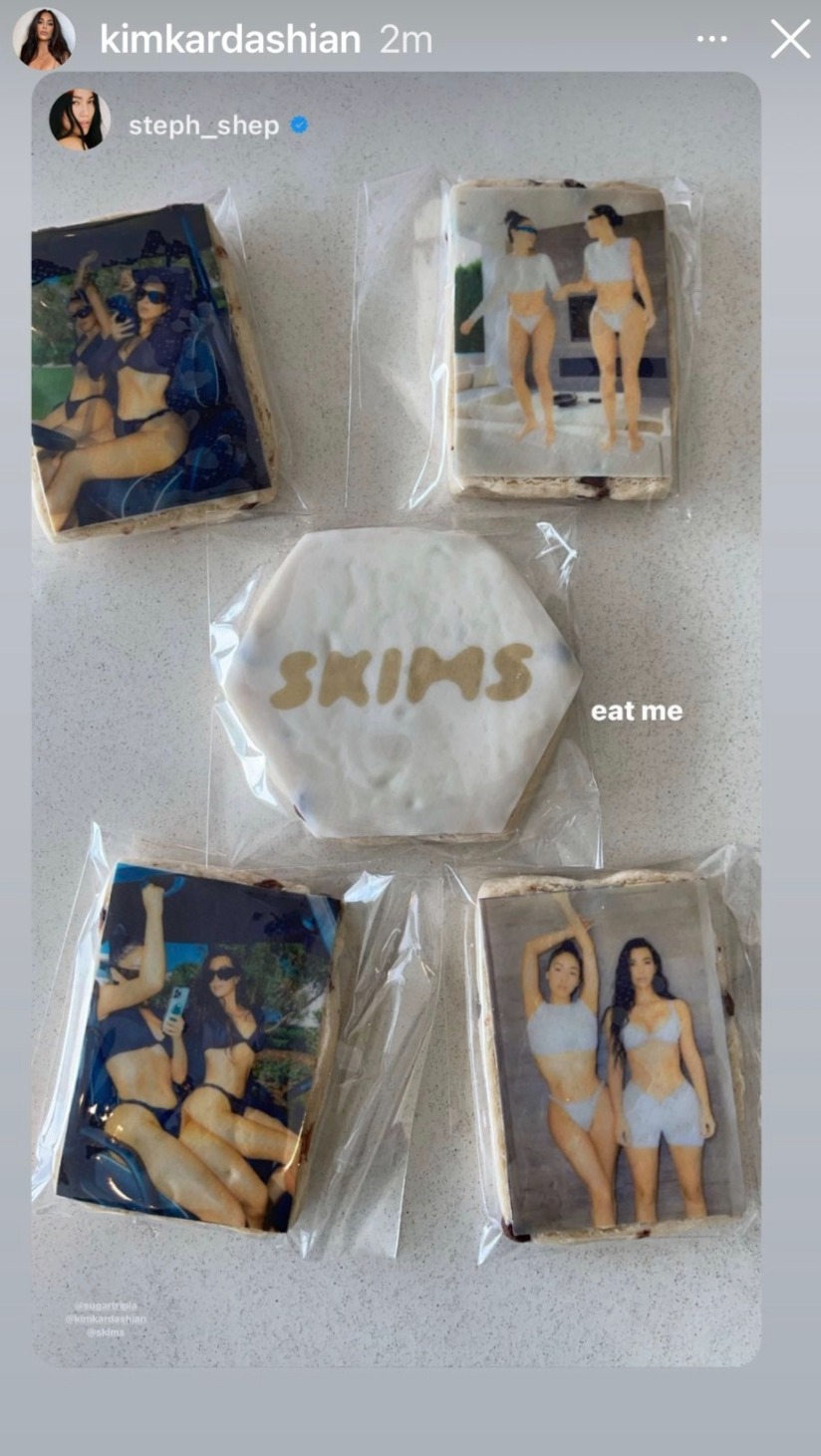 Kim, 40, shared on her Instagram Stories a snap of the cookies with photos of her modeling her SKIMS line imprinted on them.

Each cookie featured a pic of Kim posing in various lingerie from the shapewear line.

The desserts were individually wrapped with one advertising the underwear brand with the words SKIMS painted in gold lettering.

The photo was posted by the reality star's former assistant and model Stephanie Shepherd who captioned the post: "eat me"

The TV star is staying focused on her businesses while news that Kanye cheated after they welcomed their oldest kids North & Saint surfaced.

The rapper appeared to admit his infidelity in his song Hurricane from the new album Donda, which was released last week.

The controversial artist seemingly mentioned the alleged affair in the song's lyrics, saying: “Here I go actin’ too rich / Here I go with a new chick / And I know what the truth is / Still playin’ after two kids / It’s a lot to digest when your life always movin."

One insider claimed to the site: “The song is in a way his testimony of everything he did wrong and taking accountability for their marriage breakdown.”

Another source claimed to the same outlet: “If you look closer to the lyrics he is referring to his infidelity during his marriage with Kim, even after two kids.”

One more source claimed the “new chick” was not Irina Shayk.

Kim attended both of Kanye's previous listening events sitting in the front row with their children to show support.

She appeared during the final song of Kanye's Donda party, No Child Left Behind, wearing a white Balenciaga couture gown and veil.

Insiders at the show Us Weekly: “Kim supports Kanye and was happy to be on stage in a wedding dress.

“She has always respected his art and ideas and was all in for the performance.”

A source added to Us Weekly: “Kanye has a great relationship with Kim and his kids right now.

"But everyone is just waiting to see what he does next. They know this is his time to shine and he’s ready to take the spotlight.”

Kim walked outside a mock-up of Kanye's childhood home on stage.

Following the performance, Sources close to the famous couple told TMZ the two are supposedly attempting to rebuild "the foundation of their relationship."

The insiders also claimed Kim might withdraw the divorce petition, but there are alleged disagreements between the two that need to be settled first.

However, a well-placed source exclusively revealed to The Sun that Kanye had more than one indiscretion and those on his payroll were fully aware – as he confessed during his 2016 tour.

The insider spilled: "It was no secret among those who worked closely with Ye that he'd cheated after Saint was born.

"On his Saint Pablo Tour, he was flipping out in front of his team, confessing to sleeping with girls behind Kim's back.

"He even said he'd been f***ing groupies and went into insane detail about his sex sessions, it was very graphic, his language was unreal.

"Those who know him well, they were sitting head in hands and laughing nervously, while crew members who had just joined the tour were left stunned.

"Nobody could believe what he was saying in front of everybody, it seemed he was having an episode and was very manic.

"He was later babbling nonsense and people were trying to calm him down and get him under control.

"It was actually heartbreaking to watch because it was clear he was in a very bad place and needed help."

The Sun has reached out to Kanye's reps for comment.

'THE TRUTH IS OUT THERE'

The source claimed he was "a mess" during the tour and everyone felt sorry for Kim, but also speculated she may have known he was playing away.

"The way Kanye was blurting it all out, it didn't seem like he could keep it hidden from her for long," the insider said.

"She clearly put up with a lot in their marriage and still stood by him until it was finally too much for her."

Sources previously claimed to Page Six that his cheating was not the "straw that broke the camel's back" in their marriage, as she went on to have two more children with Ye.

The Sun's source went on: "Kanye seemed like he'd turned a corner when he started focusing on religion more and didn't want to get involved in the groupie scene.

"It's probably going to be hard for Kim now he's confessed publicly in his music, and his kids will one day understand what those lyrics mean."

The source said nobody in his team revealed the details of Kanye's cheating and meltdown as they wanted to protect his privacy, adding: "The truth is out there now." 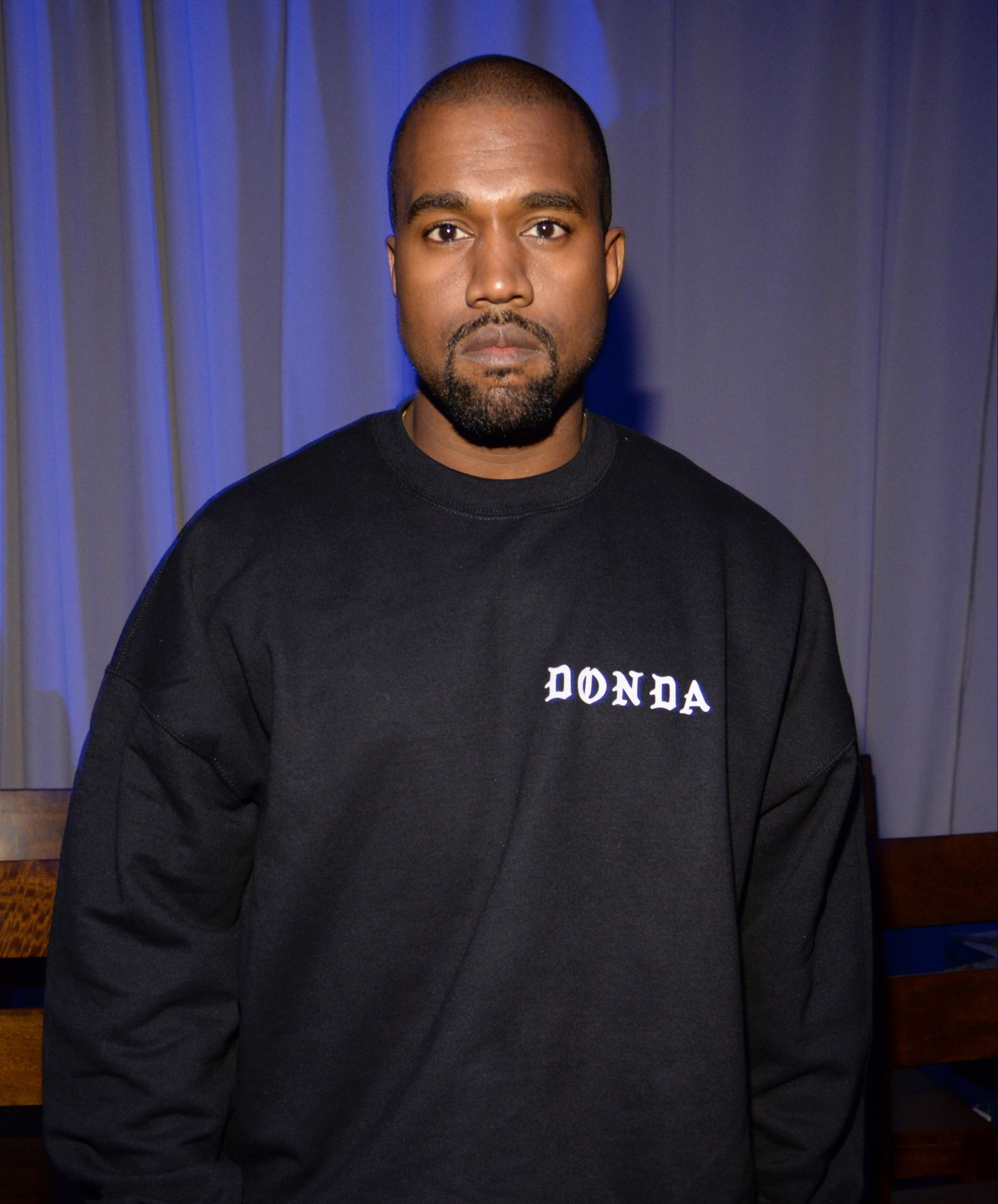 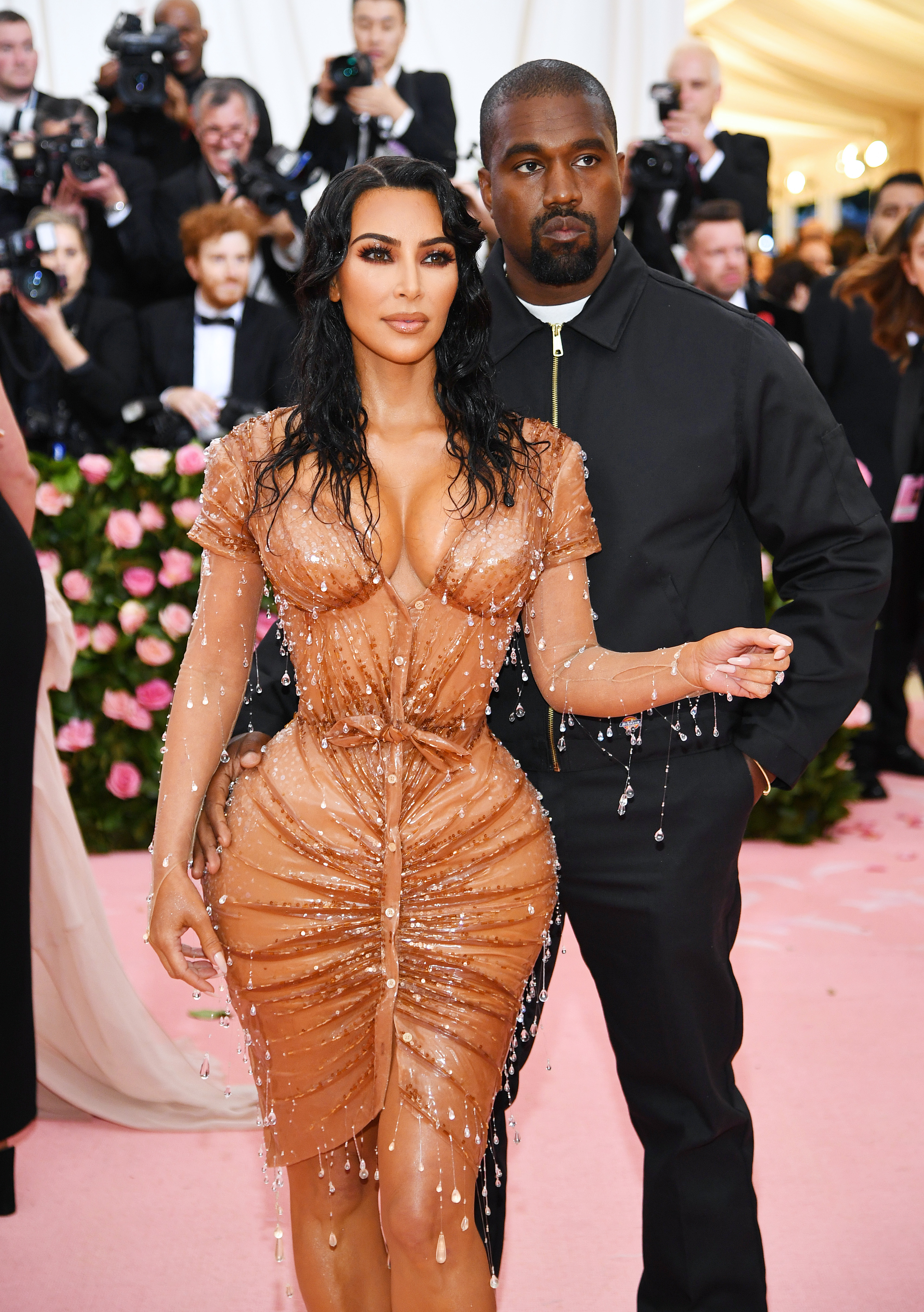 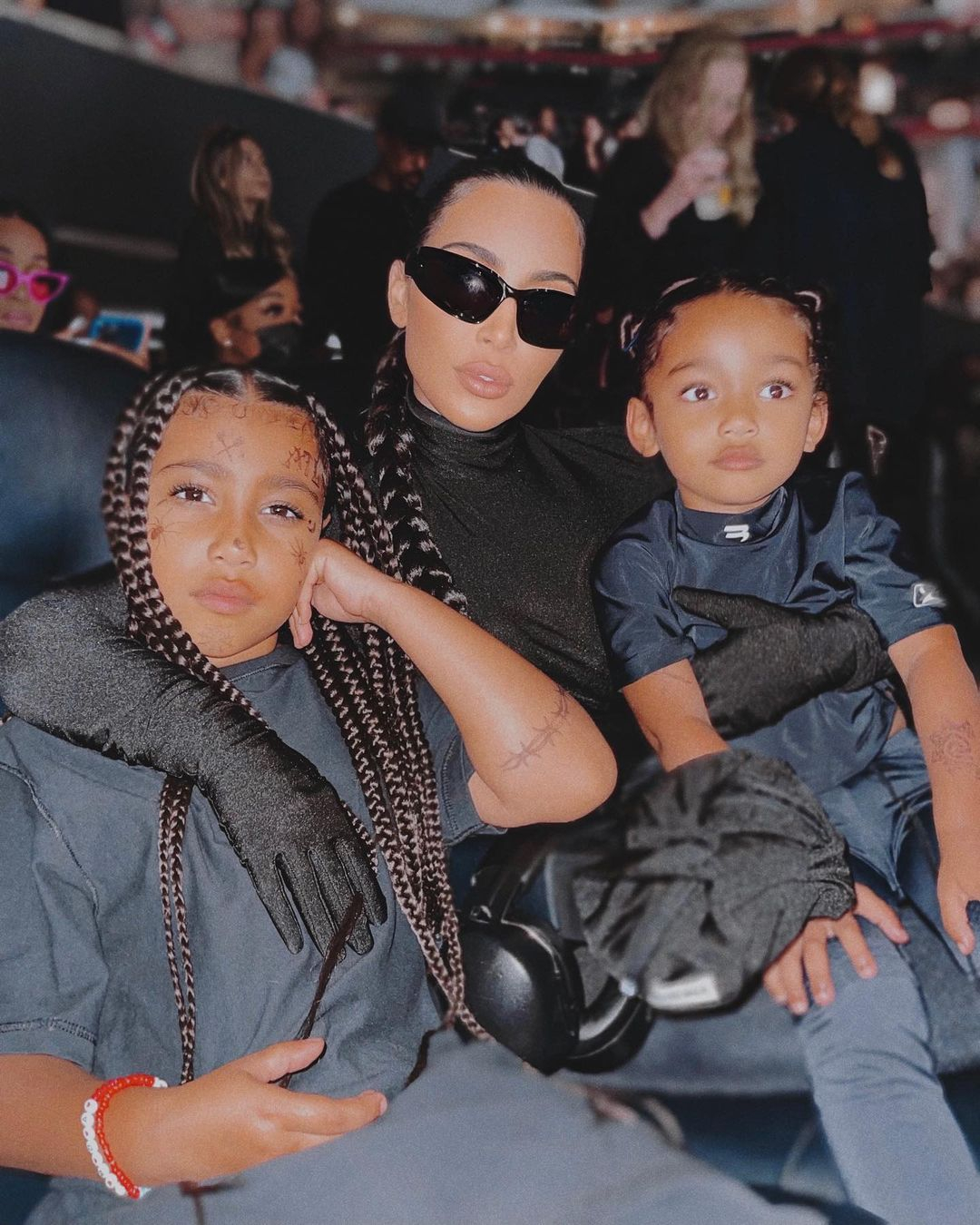