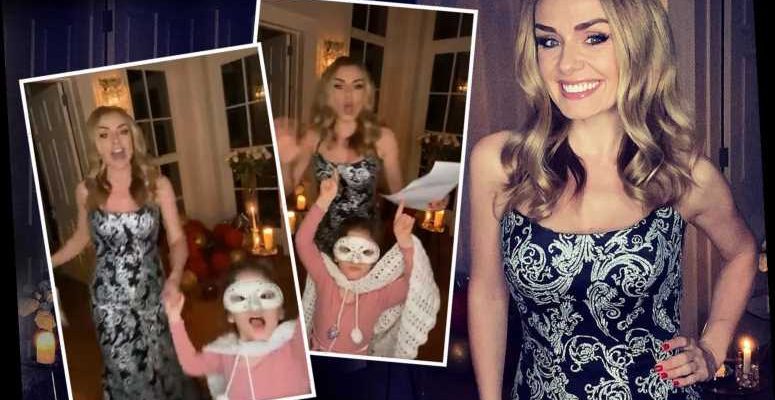 KATHERINE Jenkins suffers a stage invasion from her very own Masked Singer during an online concert.

The Welsh opera star, 40, was performing a live-streamed show on Facebook on Saturday night when her daughter Aaliyah, five, ran in and joined her. 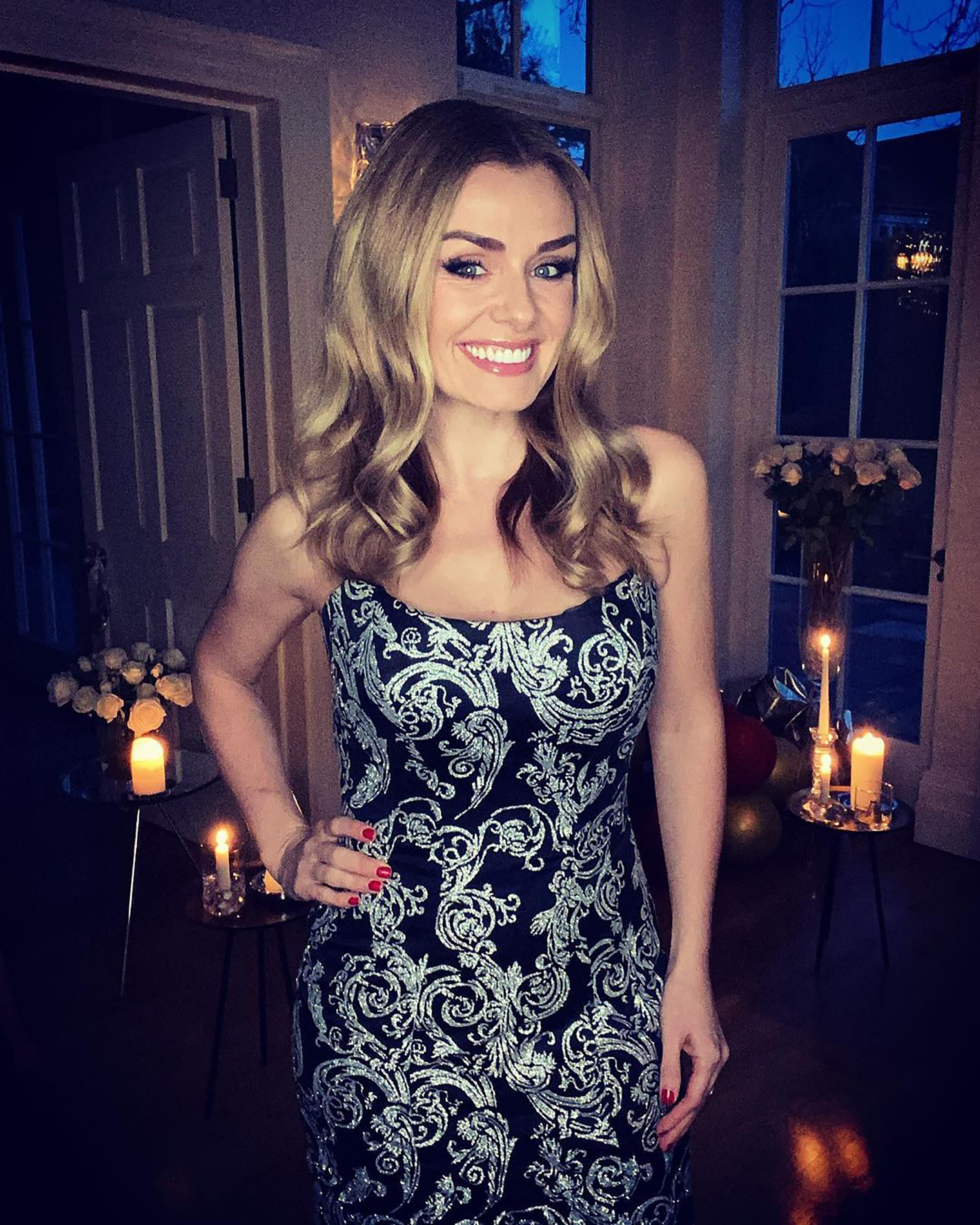 Katherine, who reached the final of The Masked Singer as Octopus last year, then danced around her living room with her while singing Gloria Gaynor’s disco hit I Will Survive.

At the end of the performance, her daughter held up her son Xander, two, who was wearing a racoon face mask.

She has performed 24 hour-long concerts through her Facebook page in lockdown after her live shows were cancelled. 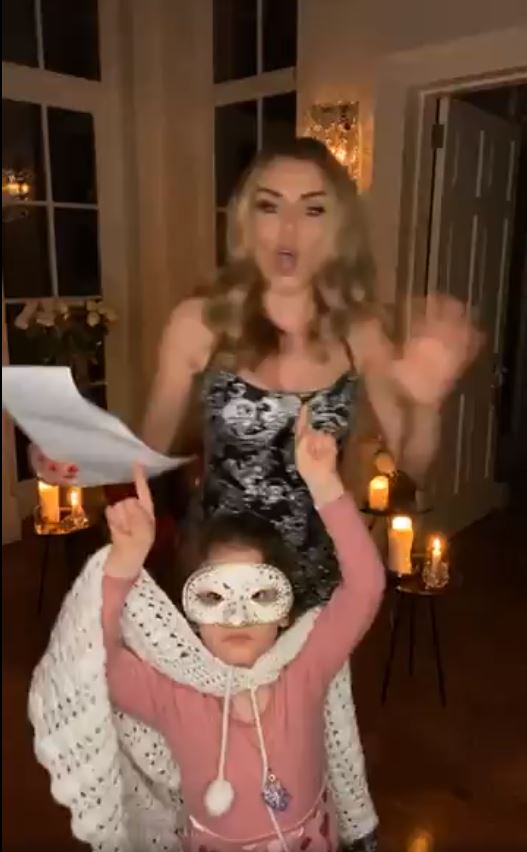 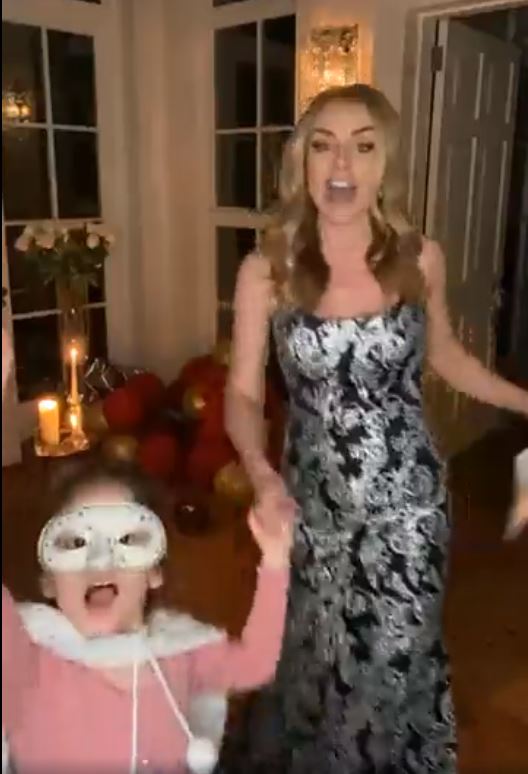 The soprano joined with Vodafone to give residents in Ipswich a special sing-along performance streamed from her back garden.

Katherine exclusively told The Sun: “There’s been something special about singing for people in this way during lockdown, it’s stripped everything back.

“I would normally have an orchestra, conductor and all of these elements that go into a show and now it’s just me and a backing track." 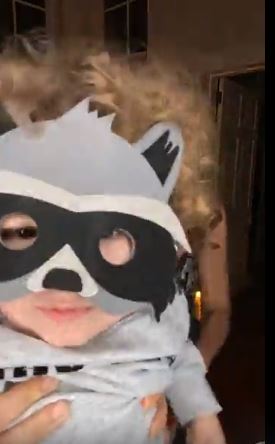 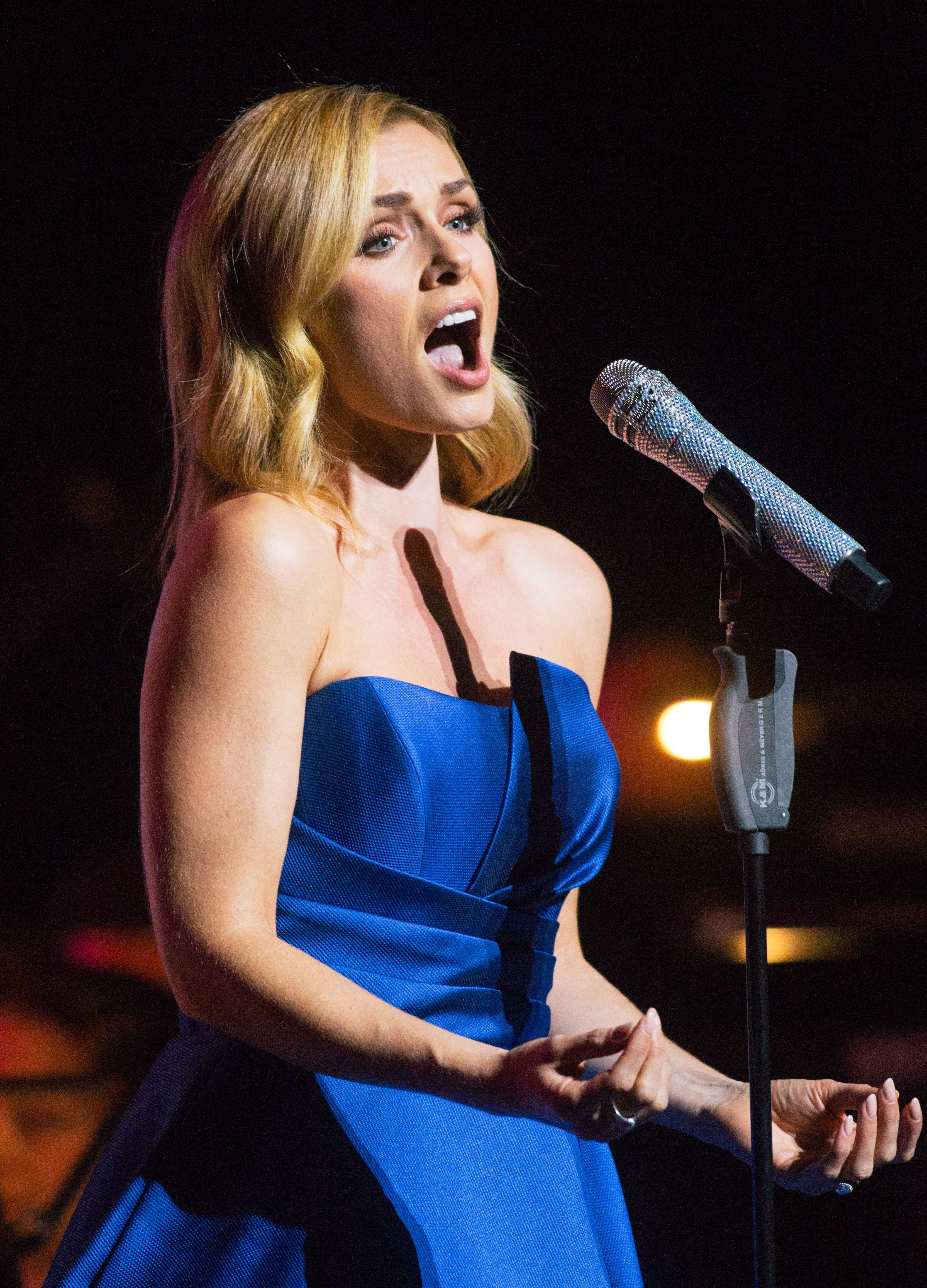