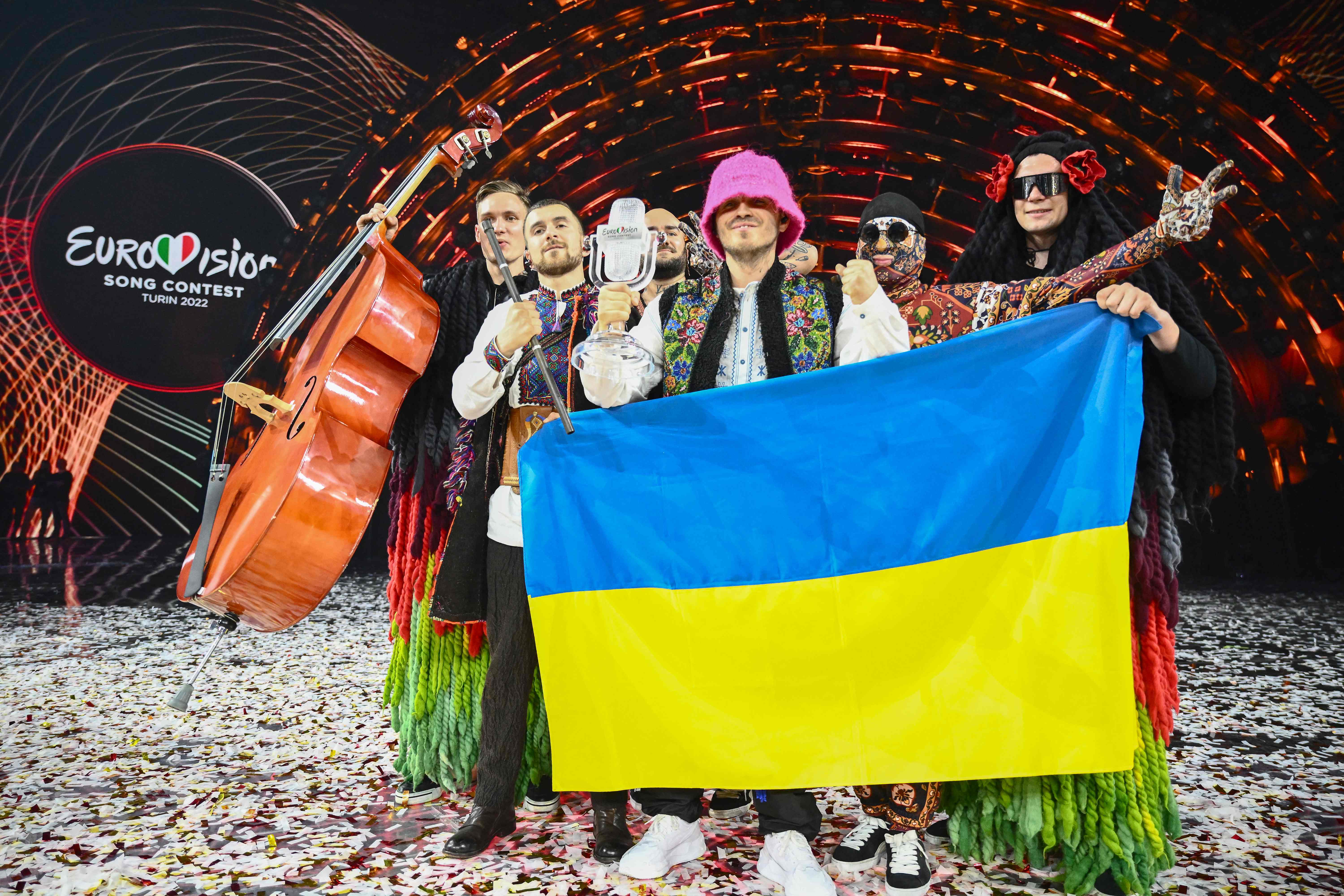 Kalush Orchestra have reacted to the announcement that Liverpool will be home to the Eurovision Song Contest 2023.

The Ukrainian folk-rap group won last year’s singing competition in Italy but the European Broadcasting Union ruled that it would have to be hosted elsewhere due to the ongoing Russian invasion.

The UK instead was chosen to stage the Eurovision as it came in second place with act Sam Ryder, making it the ninth time it has put on the long-running contest which launched the careers of ABBA.

Initially, 20 cities, including London and Bristol, bid to host the competition, before it was whittled down to a shortlist of just seven locations.

Last month, the BBC announced the finalists were Glasgow and Liverpool, with Graham Norton on The One Show on Friday finally revealing the latter had been chosen.

Among those celebrating the Northern City for winning the contract were Kalush Orchestra, who will also perform at the contest on May 13.

They said: ‘We are very pleased that next year’s Eurovision Song Contest will take place in Liverpool. Though we haven’t had the privilege of visiting yet, the musical heritage of the city is known all over the world.

‘Playing in the same place that The Beatles started out will be a moment we’ll never forget! Although we are sad that next year’s competition cannot take place in our homeland, we know that the people of Liverpool will be warm hosts and the organisers will be able to add a real Ukrainian flavor to Eurovision 2023 in this city.’

Other famous faces to have reacted to the nail-biting announcement were Rylan Clark and Scott Mills, who threw their support behind the city.

The Radio DJ previously told Metro.co.uk that they ‘must not lose sight of’ why the UK has been given the opportunity to host the contest in 2023, in place of Ukraine.

He said: ‘Hosting the contest in the UK is bittersweet but so exciting and I have no doubt the BBC will work with the Ukrainian broadcaster to produce a spectacular contest that will highlight the best of Ukrainian culture and music all produced with a huge amount of love.

‘One thing’s for sure is that it will definitely be a unique contest like none before and I cannot wait.’