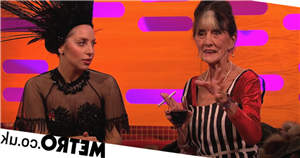 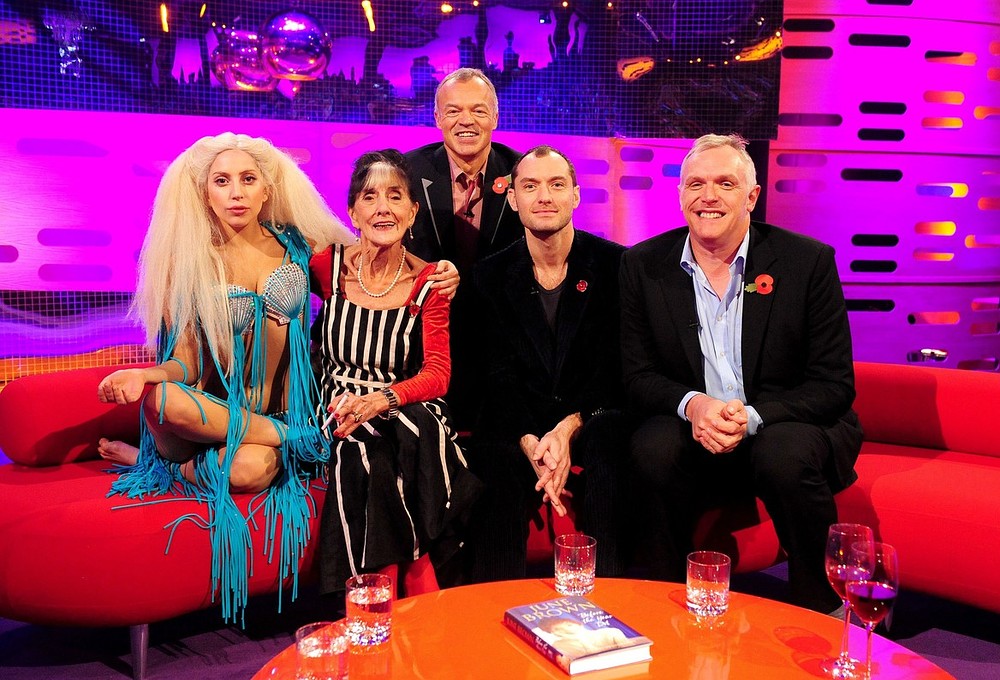 Fans are mourning the death of soap icon June Brown after the EastEnders actress died at the age of 95 on Monday.

Brown who was best known for her role as Dot Branning (also Cotton) on the hit soap -died at her home in Surrey on Sunday night with her family by her side.

An EastEnders spokesperson said in a statement: ‘We are deeply saddened to announce that our beloved June Brown, OBE, MBE, sadly passed away last night.

‘There are not enough words to describe how much June was loved and adored by everyone at EastEnders, her loving warmth, wit, and great humour will never be forgotten.

‘June created one of the most iconic characters in Dot Cotton, not just in soap but in British television, and having appeared in 2,884 episodes, June’s remarkable performances created some of EastEnders’ finest moments.’

While Brown had many memorable moments during her 35-year-run on Albert Square, her first encounter with megastar Lady Gaga on the Graham Norton show in 2013, made us love her even more.

In what was hailed the most unlikely celeb friendship of 2013, the Born This Way hitmaker – real name Stefani Germanotta – was in immediate awe of Brown when she rocked up carrying her purse and a cigarette.

When asked if she was familiar with EastEnders, Brown assured the fashionista that she didn’t have to answer.

‘I am a very big fan of yours, I just don’t watch a lot of television. You are so fabulously dressed and I’m honoured to be seated next to you,’ she replied.

Following the iconic moment, Brown shared that her bond with the superstar wasn’t a one-time thing, as the Applause singer invited the actress for a night out on the town!

In 2019, Brown told the Loose Women panel: ‘She invited me to a private thing, unfortunately I was doing Piers Morgan the next day.

‘I’m not showing off, I’m telling the truth and I had to be in early and you’re in all day long. I can’t go clubbing if I’ve got to be alert the next day.’

Following the sad news, fans remembered the adorable bond between the pair and reminisced the incredible moment on Twitter.

‘June Brown always seemed like such good fun. I will forever love this moment she had with Lady Gaga,’ one person wrote.

‘If you’ve never seen this interview, do yourself a favour and watch it. June Brown and Lady Gaga becoming instant BFFs, as is only right and proper,’ another echoed.

June Brown always seemed like such good fun. I will forever love this moment she had with Lady Gagapic.twitter.com/Iq7qJtH6y5

For me it was Lady Gaga yelling “Leave her alone! She’s a star!”
A true darling of British TV and theatre – thank you for everything you gave this world June Brown â¥ï¸https://t.co/mizWKnXTiq

‘I shared many scenes with her over the years and she was always someone I looked up to and learnt from.

‘There will never be another June Brown and I’m sending all my love to her family.’