JORDYN Woods went braless and wore nothing but a thong under a sheer pink leopard print dress for her clothing launch on Thursday.

Jordyn, 23, added a touch of glam to her daring ensemble with jewel-encrusted sandals and a silver choker.

The model went public with her new man in September following her alleged cheating scandal with Tristan Thompson.

Jordyn was forced to overhaul her life when she was kicked out of the Kardashian/Jenner friendship group for getting with Tristan behind Kylie's sister Khloe's back. 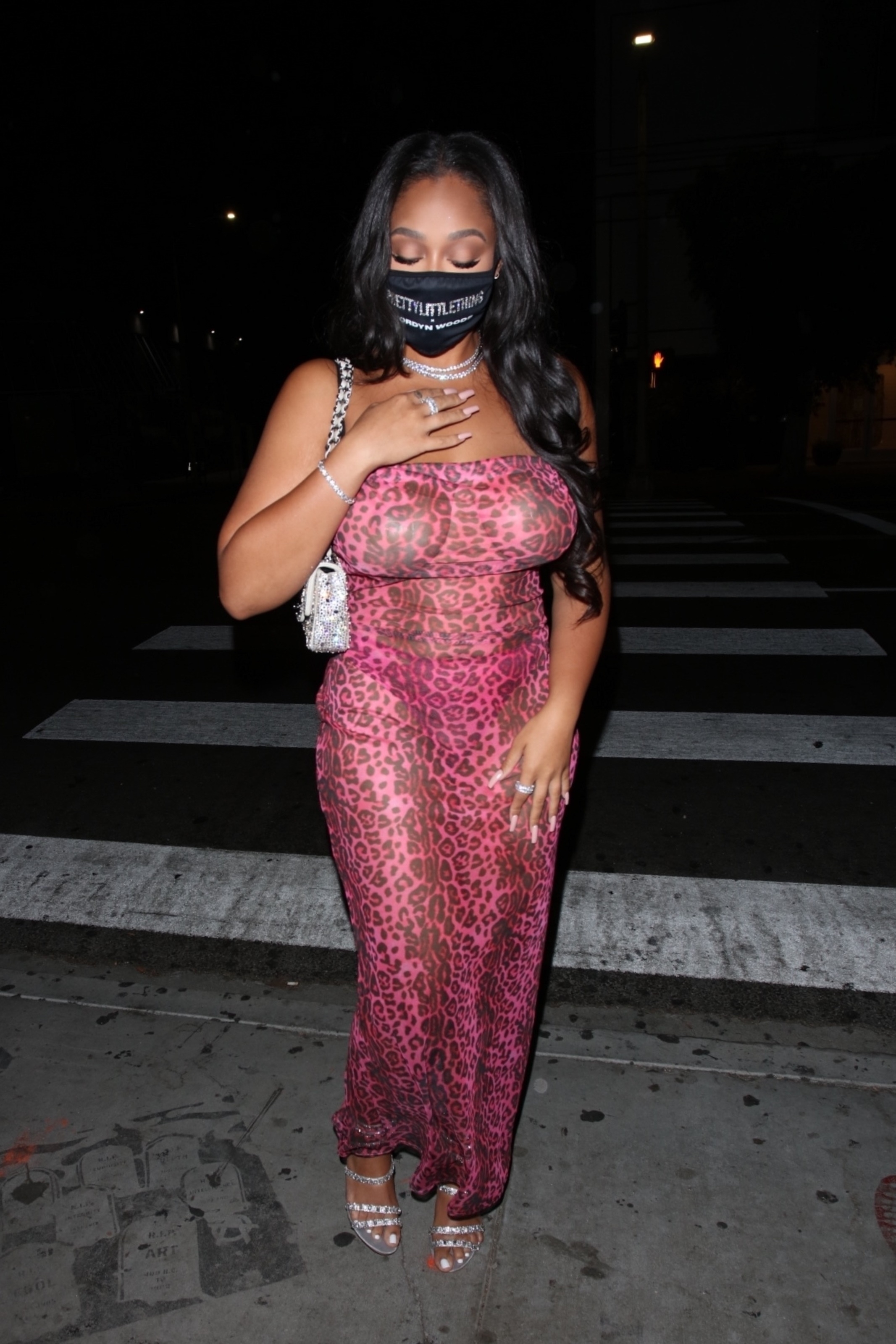 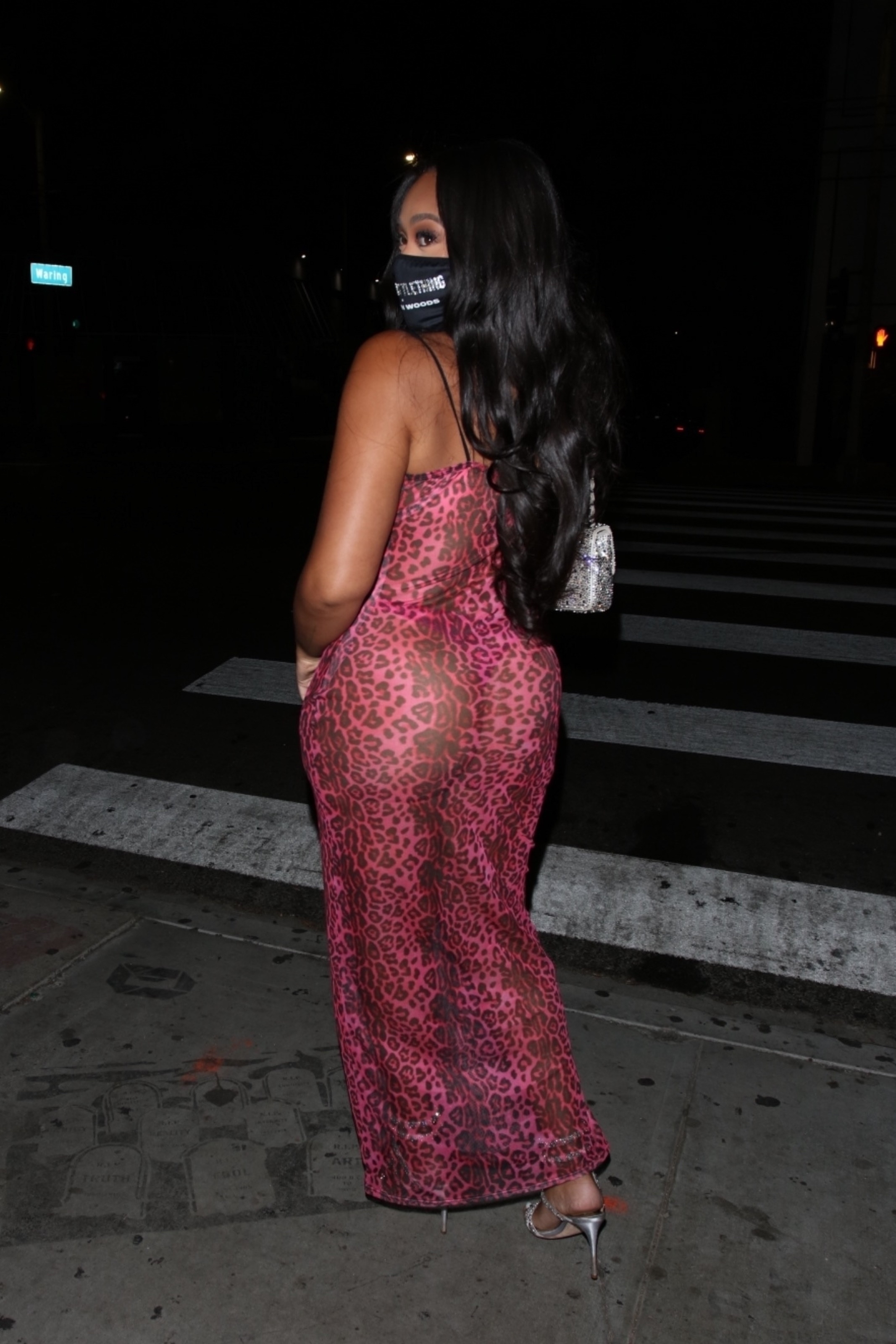 Jordyn moved into her new LA home last year after reportedly getting kicked out of Kylie’s home amidst her alleged cheating scandal with Tristan, the father of Khloe Kardashian's daughter True.

Since having a fallout with her former bff and the rest of the Kardashian-Jenner family, Jordyn moved in to a new home and found a new outlook on her career.

She started a fitness company, FRSTPLACE, stepped into the world of acting and has been building up her brand as an influencer, which she said she doesn’t take lightly.

Jordyn told Forbes in an interview released before lockdown: “I’ve really just been free-floating and letting my path take me where it will, but you can’t continue to do that if you want to elevate.

“You have to be strategic with your career path and set a goal for yourself so you’re not wandering aimlessly.”

She added: “Any project I work on is something I genuinely believe in, and I never actually post something or do anything unless it’s something I would personally do or use.

“I stay authentic, keep my integrity, and really just take the high road in everything.”

The model revealed she had a “reality check” after her personal life took a sour turn last year and realized “what really matters in my life.”

She continued: “I learned that if you can find peace within yourself, you don’t need validation from anything or anyone.

“It’s really about being content with who you are when you go to sleep at night. That is true success to me.”

Jordyn denied that anything except a kiss occurred between her and Tristan during an interview on Jada Pinkett Smith’s show Red Table Talk.

However, she did confess that the famous athlete had kissed her – "on the lips, no tongues" – but she decided not to tell anyone what happened so she didn’t "throw fuel on the fire."