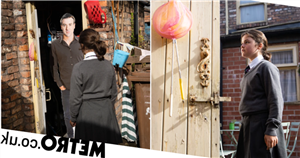 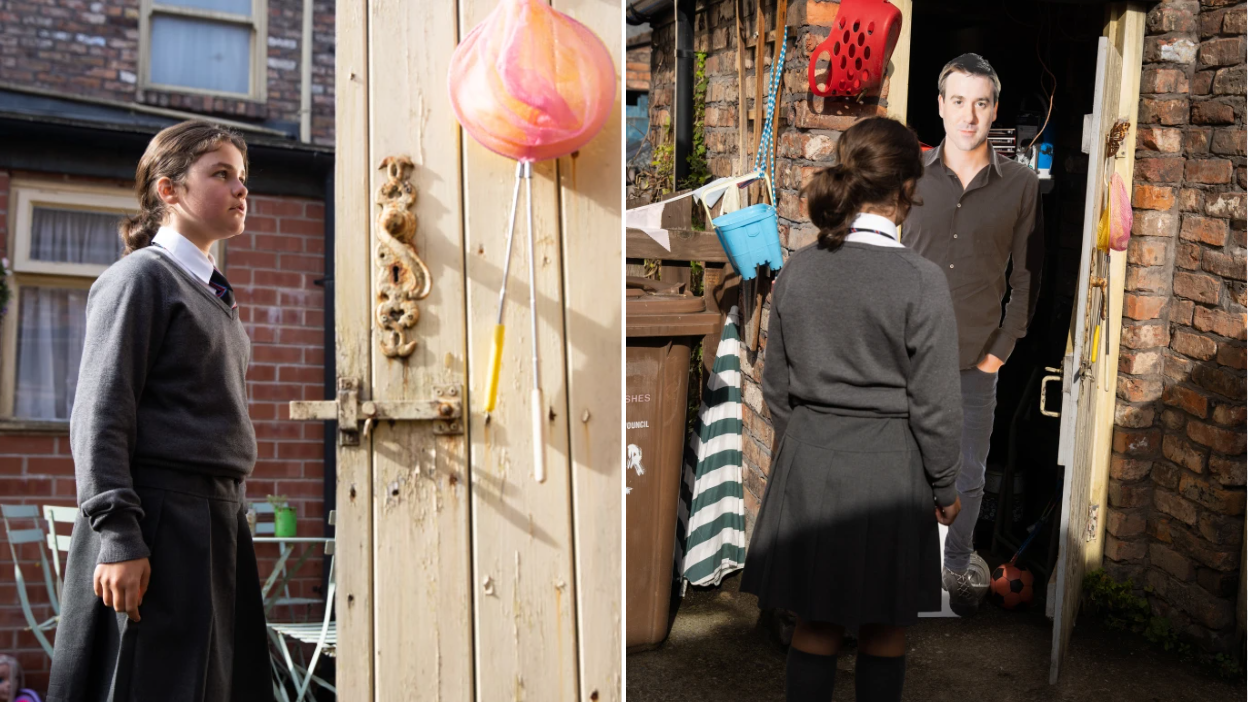 Hope Stape (Isabella Flanagan) is set to make money from murder in Coronation Street, after discovering the stash of John Stape books hidden in the outhouse.

After battling for weeks to stop the publication of books about his wife’s murderous ex-husband, Tyrone (Alan Halsall) hid them, but soon discovers them missing.

Instantly, the arsonist daughter of the killer becomes the first suspect.

Confronting Hope, she claims that she chucked them in a bin, and ever so trusting Fiz (Jennie McAlpine) and Ty believe her.

However, it is soon revealed that she has actually been flogging the books at school, and has made £75!

While this may seem innocent enough, things are set to take a turn when she joins a group chat entitled ‘Legacy of Evil’ and informs her classmates that she is planning a special tribute to John Stape.

What has she got planned, and could she be about to take a leaf out of her dad’s book?