JENNIFER Lopez shared a romantic kiss with fiancé on their date night in New York on Friday ahead of her return to Saturday Night Live. 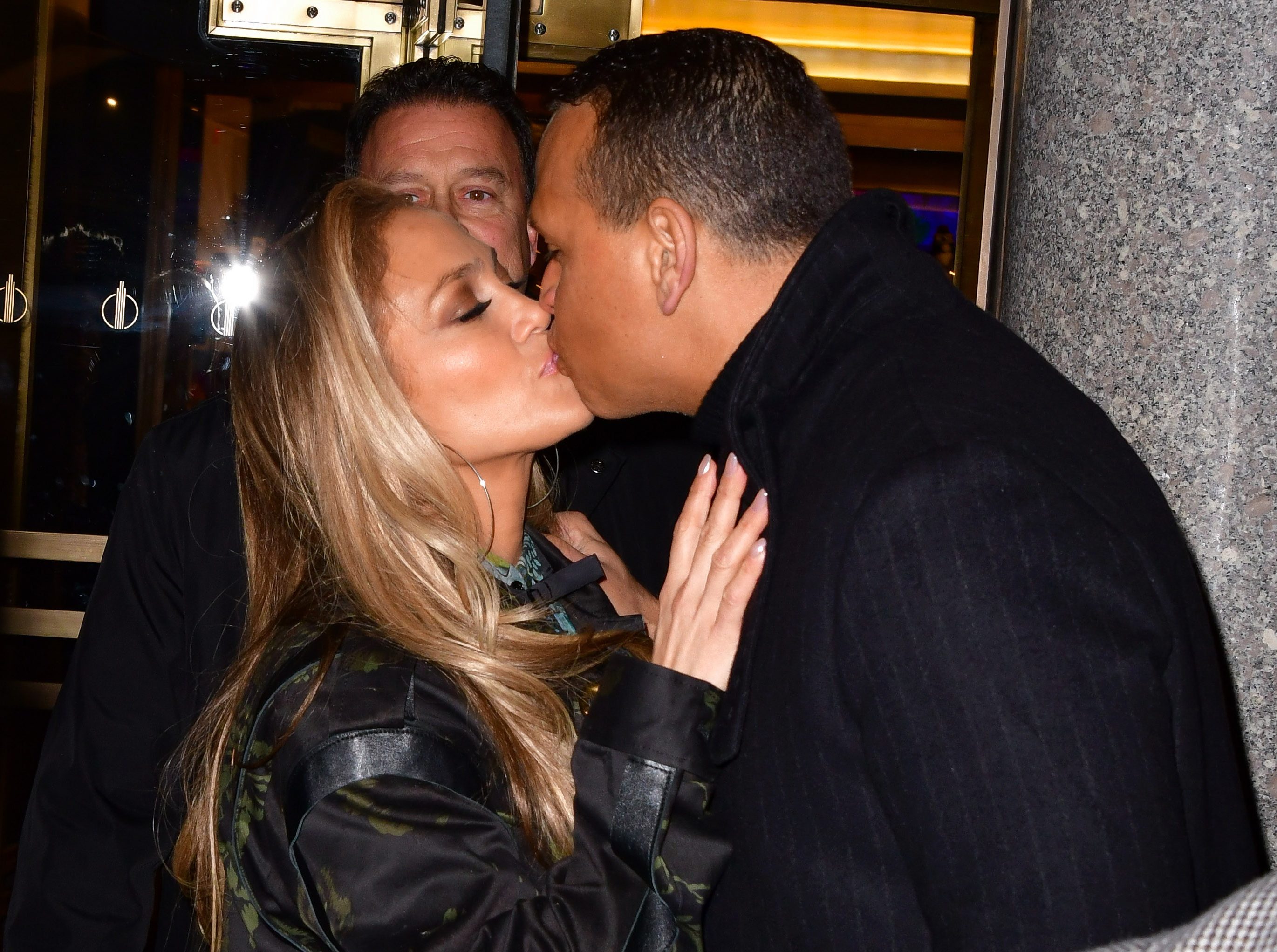 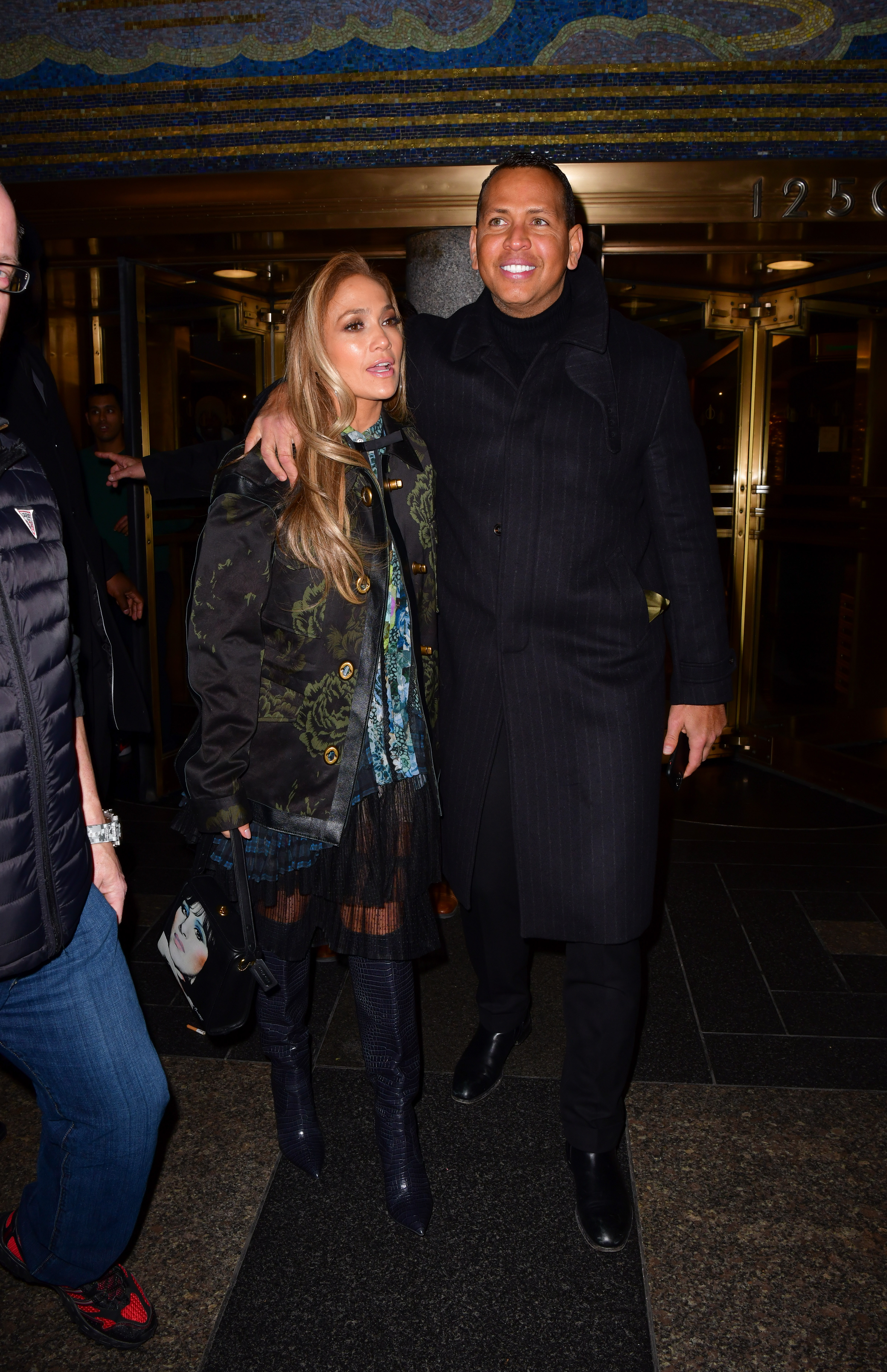 And the loved-up couple weren't afraid of showing their affection for the cameras – smooching and holding hands as they walked together.

Hustlers star Jennifer – looking glamorous in a bright patterned dress and black floral bomber jacket – beamed with a wide smile as she caught up with Alex outside.

Dapper Alex, 44, chose a sleek look – with the former athlete wearing a dark ensemble including a black pinstriped overcoat with a black sweater.

The pair appeared besotted, with mom-of-two Jennifer delicately placing her hand on Alex's lapel as they leaned in for a thoughtful kiss. 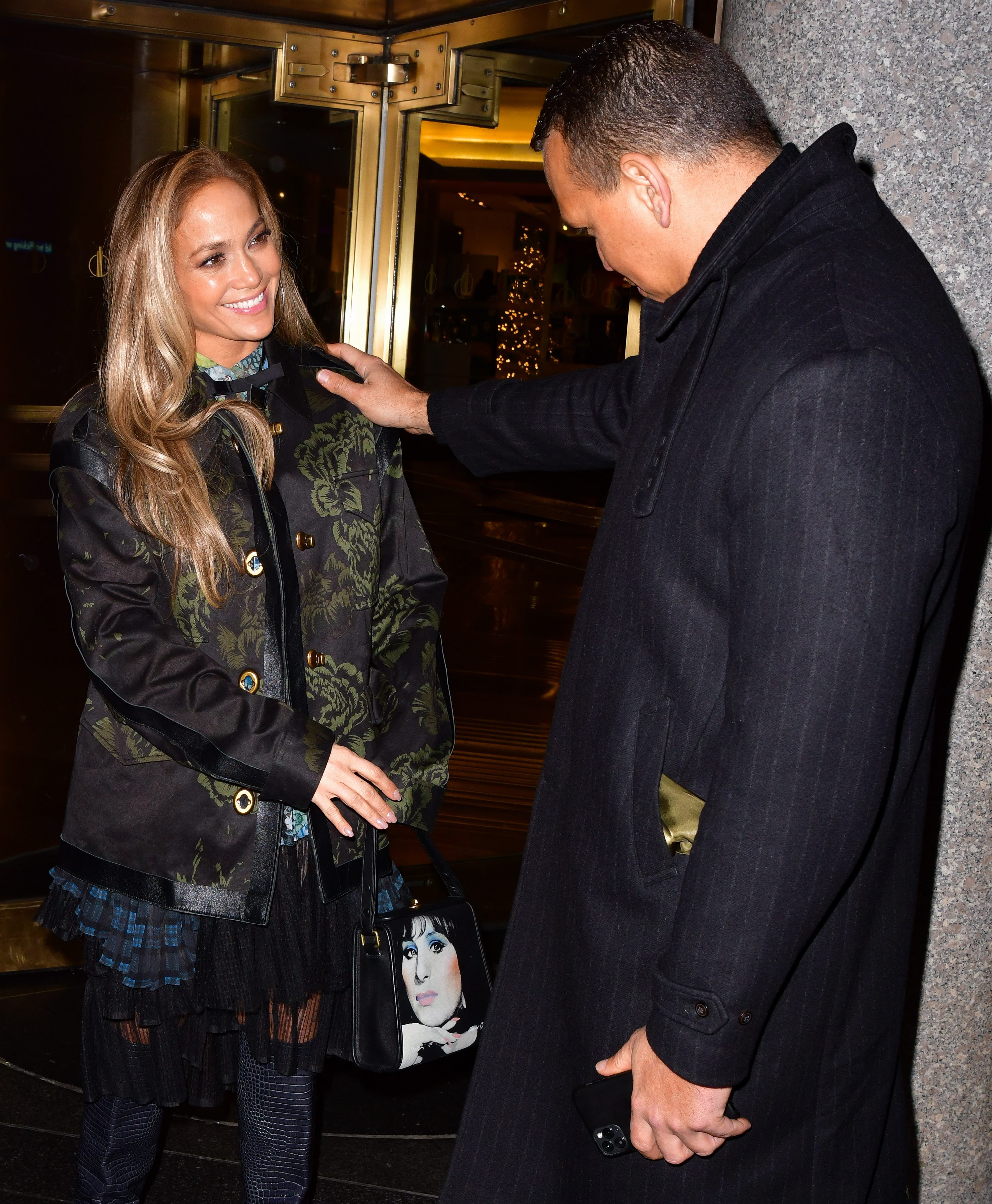 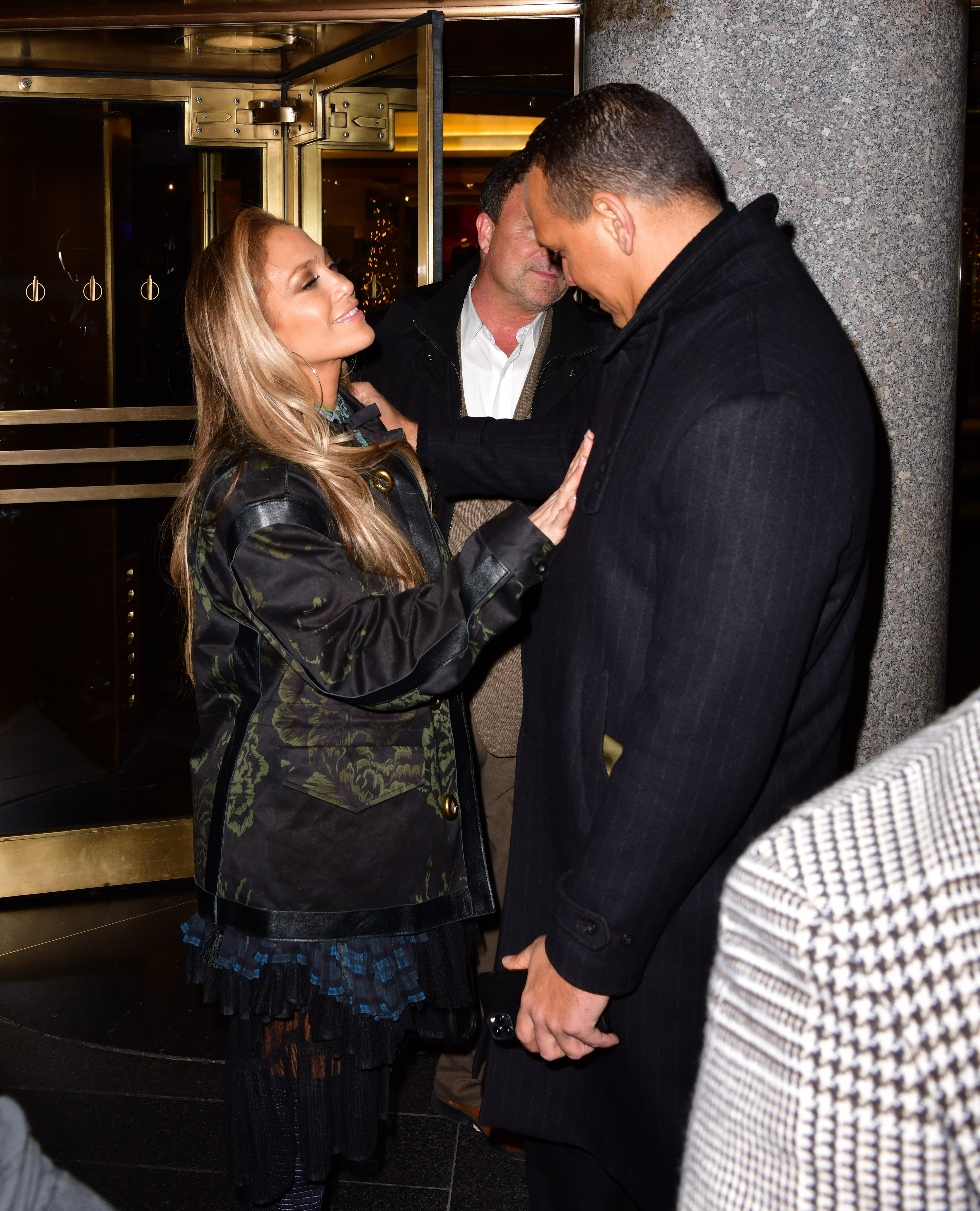 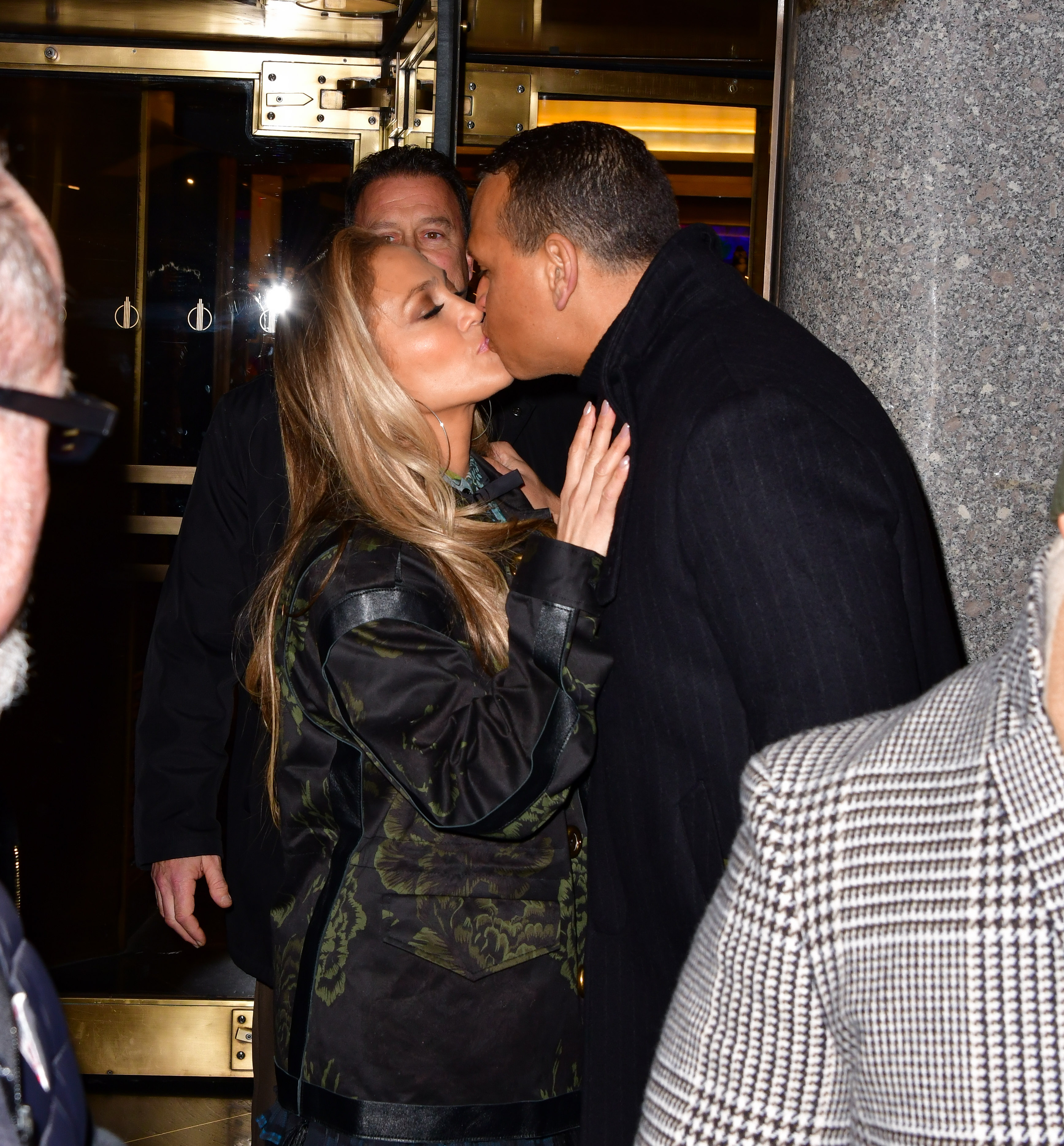 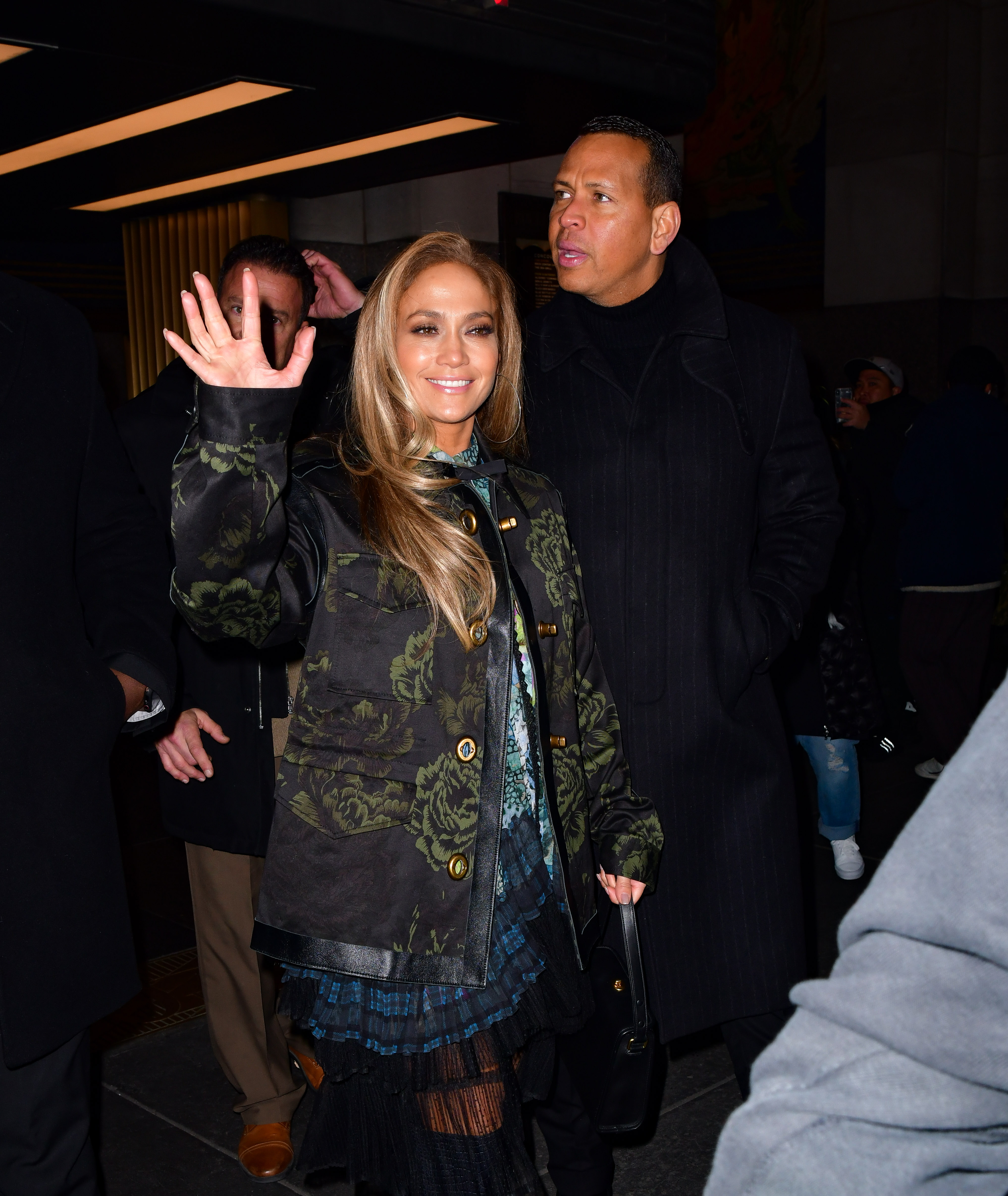 Alex then put his arm around his beau before he and Jennifer – who got engaged in March – clasped hands and walked out.

The couple have been in New York as Jennifer prepared to host SNL for the third time on Saturday.

She previously hosted and performed as musical guest in 2010 and back in 2001.

Her SNL spot caps off a stellar year for the Bronx-born diva, who along with getting engaged produced and starred in Oscar-tipped film Hustlers.

She also hosted an epic 50th birthday bash, was honored with the 2019 Fashion Icon Award and was named along with Shakira as the acts for the upcoming Super Bowl halftime show.