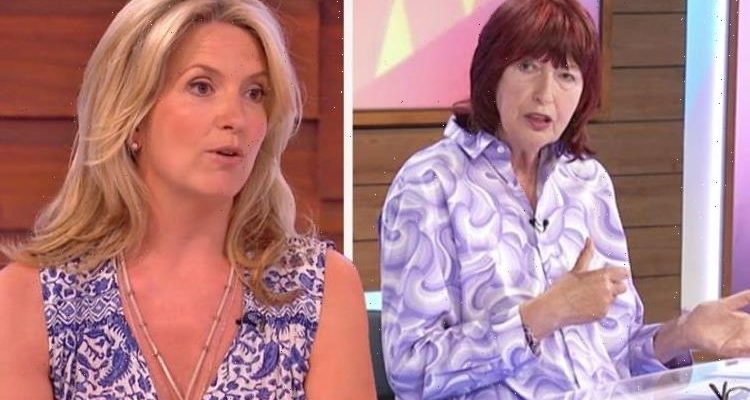 Loose Women’s first topic up for debate was the Prime Minister’s Downing Street announcement over lockdown restrictions being eased on July 19. Denise Welch has been extremely vocal about her thoughts towards society reopening but it seems she wasn’t pleased with the new changes. Those watching at home saw her explain in great detail why she thought there were “double standards” when Janet Street-Porter wanted to have her say. She interrupted Denise and made a jibe about co-star Penny Lancaster in the process.

“You’re not Penny Lancaster, so I would like to get a word in,” Janet said. “What I would say about the NHS…”

“I can’t believe Janet had a go at Penny Lancaster there. They obviously have an issue with each other , but to do that publicly without Penny having a chance to answer is not on imo #LooseWomen,” a tweet read.

Someone else mentioned: “#LooseWomen Not sure Penny and Janet will be on together for a while lol.”

Someone else said: “Janet: YOUR ARE NOT PENNY LANCASTER’ this show is so bitchy and brutal recently #LooseWomen.”