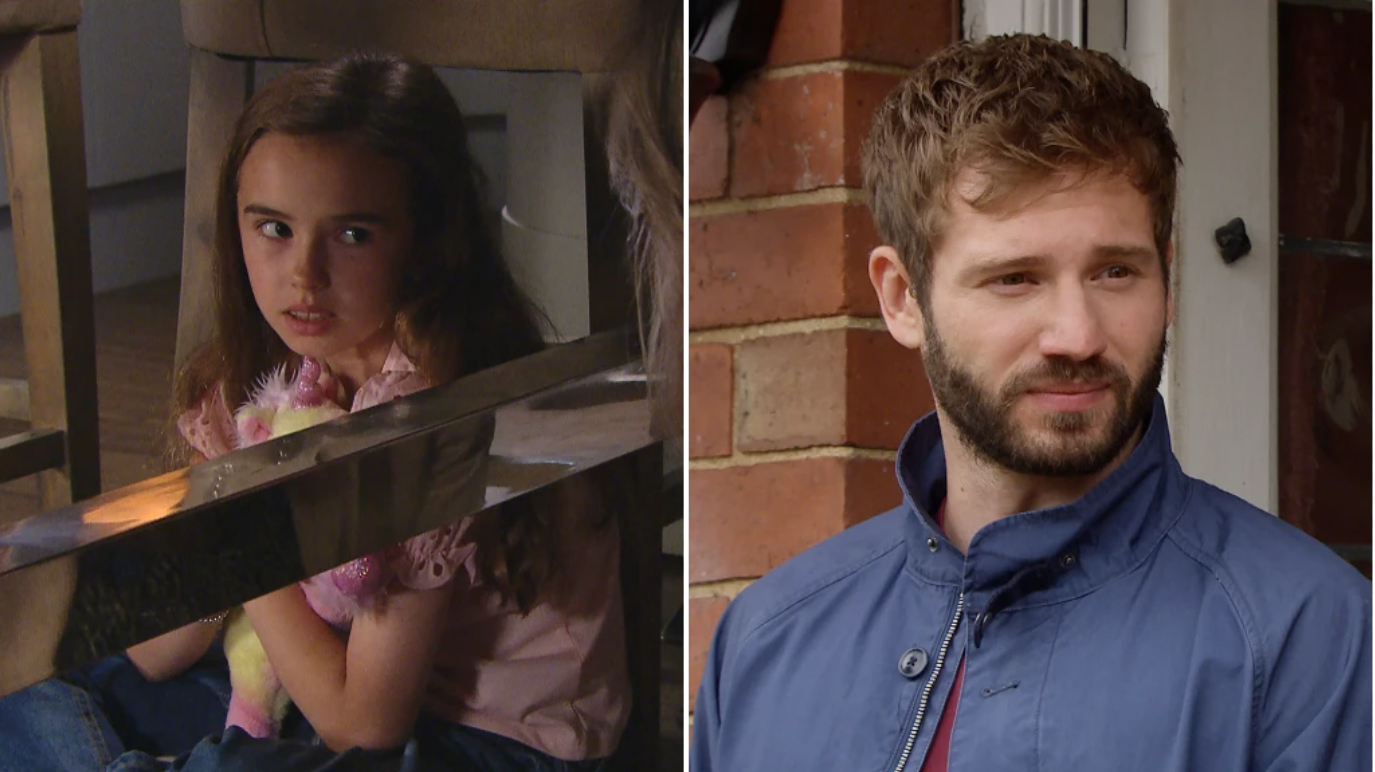 The mystery surrounding Jamie Tate’s (Alexander Lincoln) disappearance was somewhat brought to a conclusion in tonight’s Emmerdale, as Kim (Claire King) finally learnt her son was very much alive.

The long-running arc has impacted Kim in a variety of different ways but in recent months, she accepted that her son was dead after Will (Dean Andrews) organised a DNA test that didn’t prove successful.

Tonight, after learning Hazel – Millie’s other grandma – was in hospital, Kim made her way over there.

Under the impression Hazel had been in a car accident, Kim was stunned when she revealed what really happened – Jamie tried to kill her by pushing her down the stairs.

Kim and Hazel found common ground next, they both felt hatred and disgust towards Jamie for faking his death and treating his family horrifically.

Kim learnt that her son had grown paranoid and consumed with negative emotions, forcing Millie and Hazel to move to an isolated cottage to prevent the truth getting out.

Hazel then revealed that Jamie never knew about Millie being a bridesmaid at Kim and Will’s wedding, but when the young girl accidentally let the secret slip, Jamie’s fury took over and he pushed Hazel down the stairs, attempting to murder her.

There was no hesitancy from Kim as she got out her phone, called the police and told them she’d like to report an attempted murder.

After accepting her gran couldn’t look after her, a shy Millie returned to Home Farm, where Billy (Jay Kontzle) welcomed her back with chocolate cupcakes.

Due to the ongoing coverage surrounding the Queen’s death, three episodes of Emmerdale aired tonight and in the remaining two, this storyline continued.

Kim and Will were shown CCTV footage of Jamie getting onto a ferry, with DS Rogers (the same detective who investigated Leanna, Ben and Andrea’s deaths…seriously, he must be noticing an issue with this village) informing the couple that Jamie will be caught by police if he attempts to get back into the country.

Settling back into Home Farm was a tricky challenge for Millie, as she not only had to deal with getting to know Clemmie and Lucas, but overheard Kim telling Will, Dawn (Olivia Bromley), Billy and Gabby (Rosie Bentham) that every single memory of Jamie in the home must be erased.

Kim was emotional and had some harsh words to say about her son – and Millie overheard them all.

The young girl was then missing for most of the final instalment, which prompted many villagers to get outside and help look for her.

It was Wendy (Susan Cookson) who found Millie inside of Dale View, the place where she lived with her mum, Andrea.

When Kim arrived at the café, Wendy was reluctant to let Millie back into her care, convinced she’d be happier back at Dale View.

Kim was annoyed – understandably – but agreed to let Millie stay with Wendy for one night, but then said she will be back under her care.

Now, when we think about this storyline as a whole, there has been many times where it had seemingly drawn to a close, only for another twist to develop.

Is this really the end?

Will the focus just be on Millie making Home Farm her new home?

And what about Jamie?

Could he make his way back to Emmerdale to get revenge on his mum after being reported?