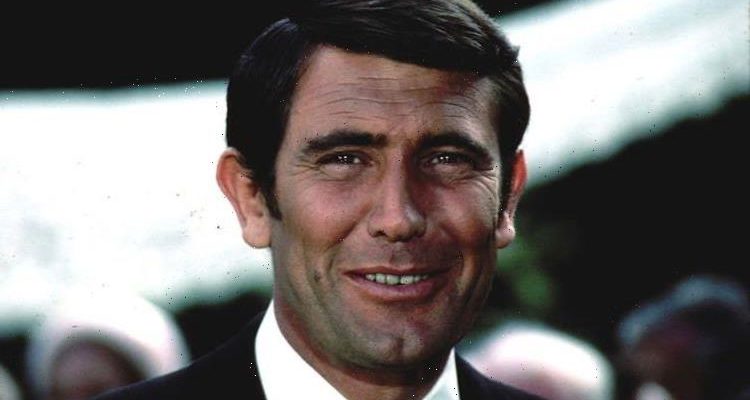 An Aussie model famous for a chocolate commercial may seem a strange choice to take over as a suave upper-class British spy in the biggest franchise in Hollywood – but then Sean Connery was a Scottish former boxer and bodybuilder (and part-time male nanny) before he slipped into the tuxedo. The critics and public barely had time to take it all in before Lazenby sensationally left the role. Was he really that bad? Looking back, it is clear he was a forerunner for the more textured Bonds that were to come, and even had a realistic and emotionally-charged relationship with Diana Rigg’s Tracy di Vicenzo. It was Lazenby himself who “blew it” but where does the blame actually lie?

When Connery told the producers he was quitting after You Only Live Twice, Broccoli’s attention was caught by the model who was starring in the Fry’s chocolate Big Fry TV advert. You can watch it below.

Lazenby was called in to audition and spent all his savings on a Rolex watch and a Saville Row suit that had actually been made for Connery but never collected. When he landed the role, the director Peter R Hunt said; “We wanted someone who oozed sexual assurance, and we think this fellow has that. Just wait til the women see him on screen … I am not saying he is an actor. There is a great deal of difference between an actor and a film star.”

Lazenby was offered a contract for seven films but then the unthinkable happened.

The news was announced the month before the film was even released that Lazenby had quit. He called the role and the Bond films outdated and claimed he was treated badly by the producers, but admitted: “My parents think I’m insane, everybody thinks I’m insane.”

An unimpressed Rigg added: “I truly don’t know what’s happening in George’s mind so I can only speak of my reaction. I think it’s a pretty foolish move. I think if he can bear to do an apprenticeship, which everybody in this business has to do – has to do – then he should do it quietly and with humility. Everybody has to do it.”

In 2015, Connery said: “Poor Lazenby couldn’t do that because he just didn’t have the experience, even though the director, Peter Hunt, was quoted as saying that he has taught Lazenby all I knew. And in three months!

“Lazenby couldn’t do a good job because you have to have technique to get the character right. I know he behaved like a prize shit, alienating people from what they tell me – I’ve never met him – but it wasn’t all his fault.”

Lazenby himself said: “The producers made me feel like I was mindless. They disregarded everything I suggested, simply because I hadn’t been in the film business like them for about a thousand years.”

Connery fired back when producer Cubby Brocolli said: “He was my biggest mistake in 16 years. He just couldn’t deal with success. He was so arrogant. There was the stature and looks of a Bond, but Lazenby couldn’t get along with the other performers and technicians.”

Connery, who had also had many clashes with Broccoli, defended his fellow star: “I have known George for many years and arrogance is not in his character. Alas, I cannot say the same for Cubby Broccoli”

It’s certainly true that Lazenby lost control when he was cast as Bond, immediately causing a headache for the producers by partying hard, firing off guns and chasing women, but it was another form of company that ultimately caused the problems.

Lazenby’s own personal beliefs, mixed with advice from his agent, Ronan O’Rahilly, meant he believed the 007 role was outdated and about to become unfashionable. He thought being Bond would harm his budding film career and wanted to make films like Peter Fonda’s spiritual Easy Rider about the contemporary hippy and drug culture.

Lazenby dismissed the relevance and credibility of Bond, saying: “Fantasy doesn’t interest me. Reality does.

“Anyone who’s in touch with the kids knows what’s happening, knows the mood. Watch pop music and learn what’s going to happen. Most filmmakers don’t watch and aren’t in touch.”

Years later, the actor added: “Ronan convinced me Bond was all over… I’d be in danger of becoming part of the Establishment. Something he rebelled against.

“Easy Rider was supposed to be the way forward and I could do three or four of those type of movies for every Bond. I wanted to be a free spirit, make love, not war. Ronan wouldn’t let me sign the Bond contract – kept sending it back. Who knows what would have happened had Ronan not got a hold of my brain? But I don’t regret a day of my life.”

Instead, the Bond movies continued to be smash hits and Lazenby found it hard to find work – not helped by the fact that the highly influential Broccoli had spoken out against him. In 1978, the actor issued a public statement, hoping to rebuild his credibility and his career.

He said: “It hasn’t been easy, trying to climb back… I admit I acted stupidly. It went to my head, everything that was happening to me. But remember, it was my first film… Now what I’ve got to do is live down my past; convince people I’m not the same person who made a fool of himself all those years ago. I know I can do it. All I need is the chance.”

Unfortunately, few substantial chances came his way on the big screen, while he picked up small screen roles over the years in shows like Baywatch, Hawaii Five-0 and General Hospital.

Promoting the 2017 docudrama Making Bond, Lazenby looked back on it all and said: “Do I have any regrets? Only when I was broke… But I thought about how my life would be like if it continued. I’d have had three wives in Beverly Hills, mansions, and been a drug addict. I thought, well, I think I did the right thing.”