Jason Reitman hasn’t been shy about the family experience of shooting Ghostbusters movies. In a new interview, Ivan Reitman and his son Jason talk about what it was like to approach Ghostbusters: Afterlife, 37 years after Ivan’s original 1984 Ghostbusters. 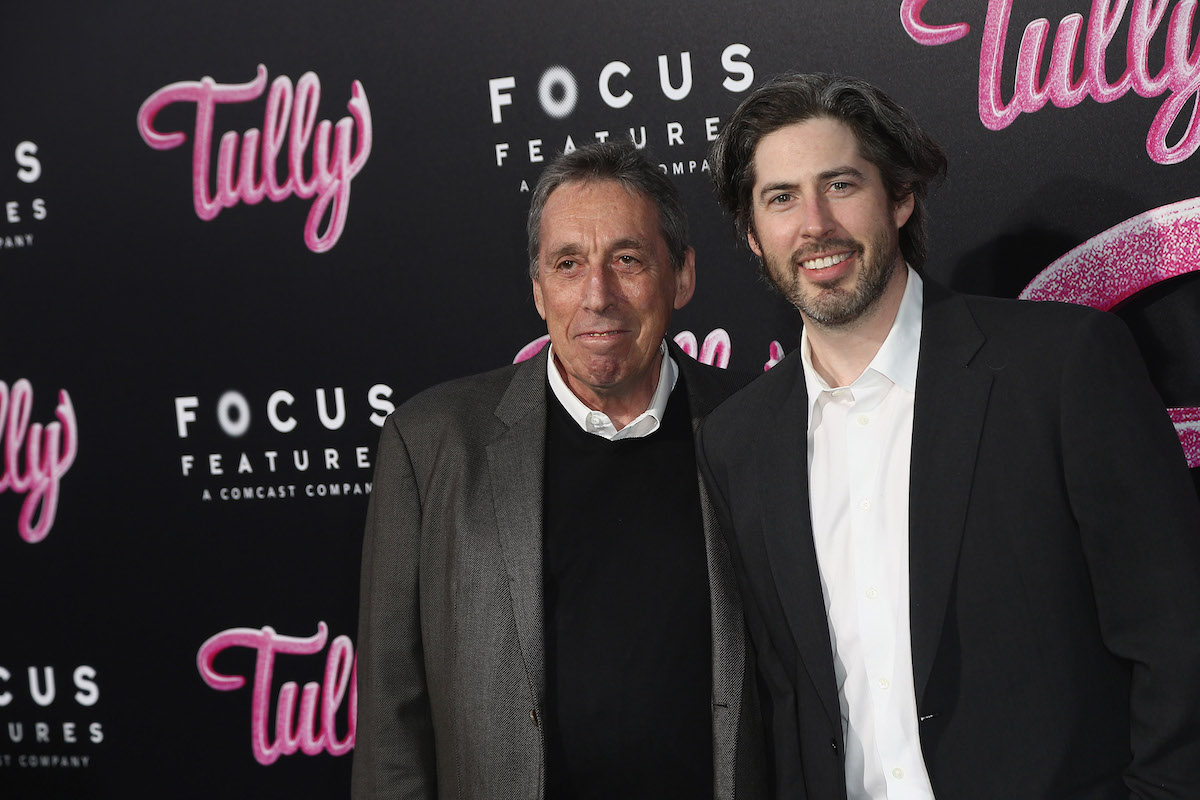 Earlier in 2021, Jason Reitman (Juno) said that making Ghostbusters: Afterlife was a long time coming. He also explained what changed that led to his finally stepping into the Ghostbusters franchise. The movie drops on November 11, 2021.

Now that the younger Reitman has finished the movie, the question has shifted, he says.

It’s a generational tale that fans have been on with the Reitmans since 1984. Ghostbusters II extended the legacy in 1989. A Ghostbusters reboot in 2016 inexplicably courted controversy with an all-female cast. And now, Ivan Reitman’s son continues the beloved franchise.

Ivan Reitman admitted he was ‘emotional’ about his son’s pitch for ‘Ghostbusters: Afterlife’

In an interview with Empire, the iconic ‘80s movie director reveals what it was like to hear about his son’s concept for Ghostbusters: Afterlife.

“It just took my breath away,” Ivan said about Jason’s story pitch. “I literally cried; I even cry right now when I start to think about it. It was a very emotional experience.”

Jason said for him, the experience was like “navigating the shadow of [your] parents.” The younger director noted that “no matter what your parents do, or who they are – that is the journey of being a child.”

The director is certainly no longer a child. His list of acclaimed credits is impressive. Subsequent to his highly successful 2005 debut Thank You For Smoking, he released several more that continued to get attention.

There was also Juno in 2007, Young Adult in 2011, and Tully in 2018. Jason’s dark sense of humor makes his movie’s deeply grounded, moving experiences. That’s one of the reasons fans are anticipating Ghostbusters: Afterlife so avidly.

‘Ghostbusters: Afterlife’ is a family legacy that ‘doesn’t belong to’ them

There’s no question that “family” is an enduring theme that bridges the generation between Ivan Reitman and Jason Reitman. In an interview with  ET Canada, original Ghostbusters co-star Sigourney Weaver said as much.

“I think that for us, it’s such a family legacy,” Weaver said. “That to work with Ivan Reitman’s son Jason, who’s done an amazing job; and this sort of came out of his thinking about Ghostbusters and what would make sense now.”