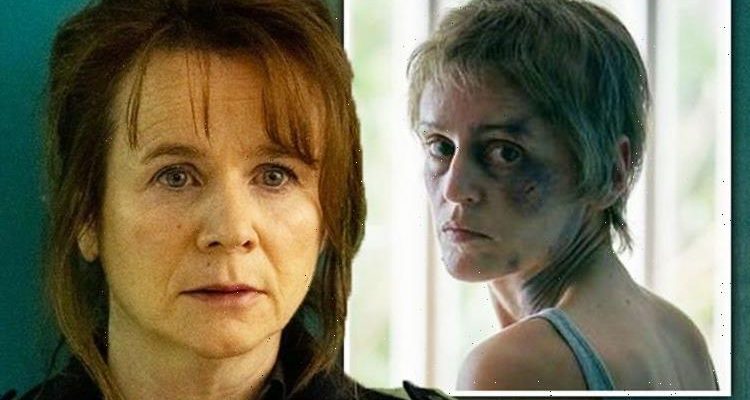 Too Close: Connie Mortensen lights a fire in her room

Too Close viewers have been tuning in over the last three nights to witness the complex tale woven between Dr Emma Roberts (played by Emily Watson) and troubled Connie Mortensen (Denise Gough) unfold. The latter became the subject of a high-profile case for committing a crime which resulted in her being put into a psychiatric unit. However, it was during some of the final scenes of the gripping ITV drama that transmission was cut short for some viewers as their television screens froze just before the concluding part. 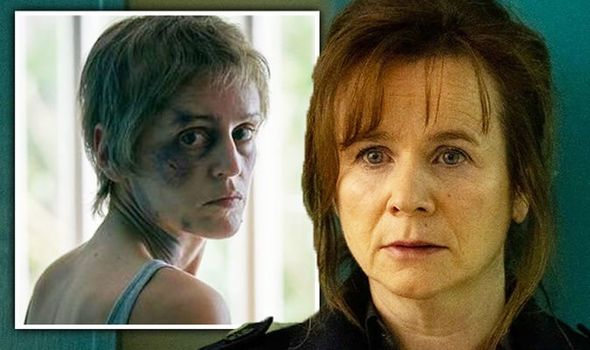 Taking to Twitter to report the blunder, one viewer wrote: “@itv #tooclose frozen just as it’s ending. Does anyone know what’s going on?”

Another posted: “@itvlondon there’s less than 10 mins left of #TooClose and you’ve decided to freeze. Someone sort it out.”

A third commented on the social media platform: “Are some staff @itvstudios on furlough still? Programme has frozen #TooClose.”

“Hey @itv I think someone has hit the pause button your end #itv #TooClose #fail,” a fifth decided to joke.