Netflix’s “Too Hot to Handle” presented an odd premise for a reality show: a batch of beautiful people vacationing on an island together are unable to have sex or they risk losing prize money. Yet when it premiered in the midst of the COVID-19 lockdown, the premise was eerily relatable. Most people weren’t vacationing on an island, sure, but the indefinite dry spell was something pretty much the whole world was able to relate to.

Rather than getting off on sexual chemistry, contestants were forced to bond emotionally. Yuck! Every time a contestant made a sexual advance towards another, the money in the prize pool would shrink. Nonetheless, some of the contestants were actually able to think with their heads instead of their pants and develop some strong connections. Are any of these lovebirds still together a year later, or have their primal instincts taken over and put them back on the market?

None of the couples are still together 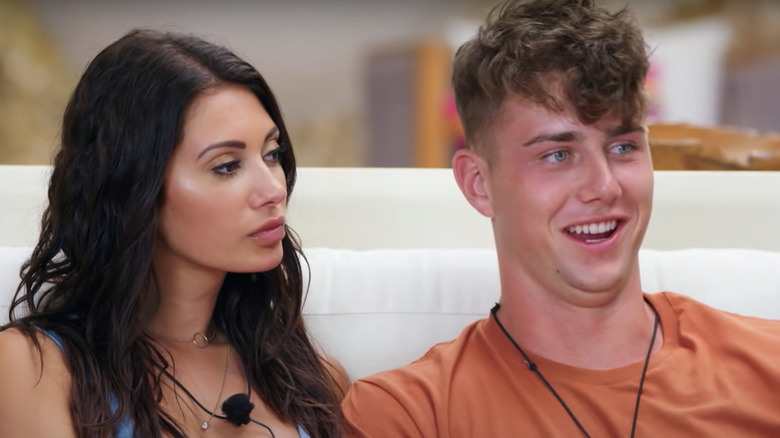 At the end of the show, there were two couples who vowed their relationship would continue: one pair was Francesca Farago and Harry Jowsey, the other was Rhonda Paul and Sharron Townsend, according to Capital FM. Francesca and Harry frequently broke the “no sexual contact” rules — like, pretty much every time they were together, lowering the total prize money for everybody.

Rhonda and Sharron, sadly, have also split. According to ScreenRant, Rhonda revealed on Instagram Live in spring 2020 that the couple had gone their separate ways. She also revealed that she had shacked up with a new man, Diante David Pablo. It is unclear if they are still together, as neither of them has posted any photos together on Instagram.