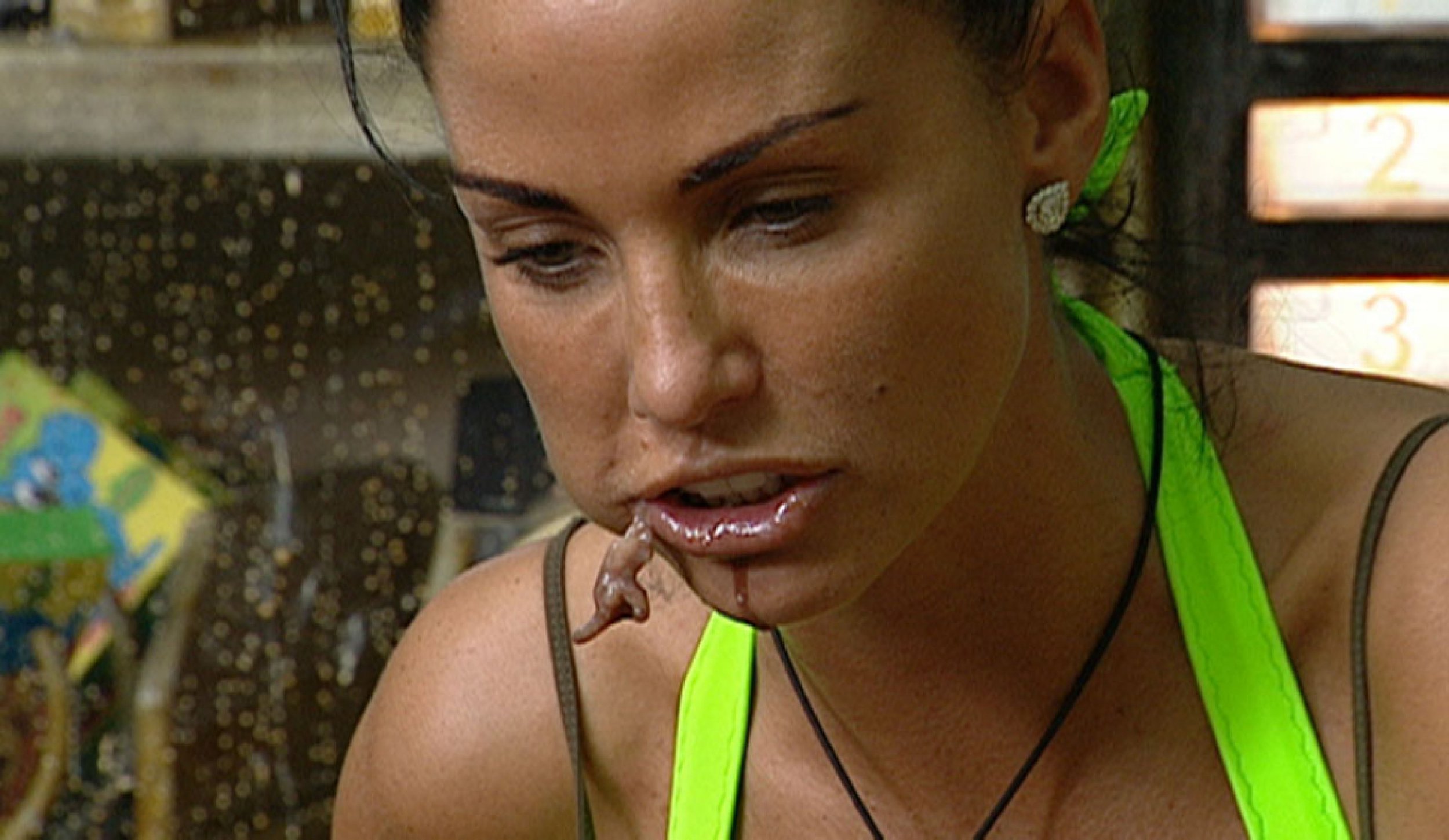 ‘It smells rotten,’ Gino D’Acampo remarked about a century-year-old egg on I’m A Celebrity in 2009.

There was music out of a horror film in the background as the celebrity chef tried not to throw up and added: ‘How can this be a delicacy? These people are crazy!’

I’m A Celebrity has been a staple for me growing up, but there’s one thing I always feel uncomfortable watching – the Bushtucker trial eating challenges.

This discomfort is not because I’m grossed out, it’s because some of the food featured as ‘weird and wonderful’ is what I’ve grown up with in my Asian culture. And it hurts to see that.

Growing up in a take-away that my parents owned and ran, as a child I would eat whatever they and the cooks working there made for dinner, which gave me a very open outlook to food. I would always try something at least once, whether that be fried pigeon or fermented tofu.

As I got older though, there were certain comments from peers – asking things like ‘do you really eat that?’ – or on TV, like I’m A Celeb, that made me feel that the food my family was eating was out of the ordinary and not the same as everyone else.

I’ll never forget watching a season of the show one year with my dad where century-old eggs – which are simply eggs fermented in clay, giving the whites a jelly texture and making the yolk creamy – and chicken feet were on offer. While the contestants retched, my dad turned to me and joked that he’d breeze through the challenge, and would actually love it because it’s all his favourite foods.

Both of those items are a regular in Chinese cuisine, with the eggs used all the time in a staple dish called congee – which I love and we had every Sunday as a family – and chicken feet is something that’s on every Dim Sum menu.

While my dad saw the funny side, I felt a bit embarrassed that the foods I’d grown up with were used as part of a ‘repulsive’ eating challenge. I thought: ‘Well, if so many people think it’s weird, then it must be.’

I started to downplay my love for these less conventional foods (according to Western standards). If someone mentioned a dish like tripe stew sounded a bit odd, I’d agree and reply: ‘It’s strange but I don’t eat it – it’s only people in Hong Kong really.’

I’d also hide certain ingredients in my parents’ kitchen – like the black fungus that was soaking away for dinner – so it didn’t gross them out.

Even going out for meals with friends, I wouldn’t order some of my favourite dishes – like jellyfish salad – I’d just stick to the sweet and sour chicken that my friends were more used to, even though it wasn’t something we ever ate at home as a Chinese family.

To be honest, I’m ashamed I behaved that way. Cooking and food is a big part of Chinese society and my life, and now that I’m older I love trying all sorts of different cuisines from around the world – it’s one of the main reasons I love going on holiday and travelling.

I’m particularly proud that I’m part of a culture that really doesn’t waste food, which is something that’s become ingrained in me now. I save all my veggie scraps in the freezer to make stock when we have bones from a roast, and I’d always buy a whole chicken to joint rather than just some breasts.

I’ve been taught that if you are going to eat something that’s been killed, then you eat and use as much of it as possible.

In the current climate crisis, it is more important than ever that if you are going to consume meat, you use every part of it that you can. Our food practices are those that should be admired and adopted.

So why do the Bushtucker trial eating challenges seem to heavily feature Chinese delicacies? There are plenty of dishes that are seen as ‘weird and wonderful’, like frog legs and snails in France, or even closer to home with haggis in Scotland black pudding here in England.

When you dissect these dishes, how different are they really to some of the things that have been on I’m A Celeb in the past?

As I’m A Celeb is back on our screens, I urge people to not immediately recoil when they see things like pig snouts and fish eyes and stop calling food ‘weird’.

It’s fine to not like something if you’ve tried it, but we should approach the food of different cultures with intrigue but also respect.

Often, it has been a big part of their heritage for generations, and just because it’s something you’re not used to, it doesn’t mean it’s disgusting.

While there are some dishes I’ve had and won’t be eating again, I will continue to try foods that other may find ‘gross’ or ‘weird’ because I don’t want to shut off a world of different cuisines just because I’m not used to it.