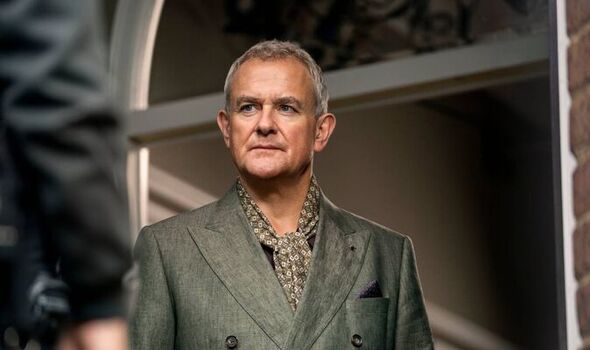 Known in the Press as “Saint Blake”, Bonneville’s Hector Blake quit his position as a high court judge to front an online campaign on behalf of those marginalised by “race, sexual orientation or transgender identity”.

“It’s a publicity stunt!” he screams after spotting what he assumes to be a poached ivory tusk in a photo of Blake’s living room.

Toby and his best friend Jay (Percelle Ascott) have been attracting some online attention too.

They have been anonymously terrorising the posher neighbourhoods of London, breaching the pricey security systems of the immoral rich to leave the tag “I Came By” on their walls.

Blake is next in their sights, although Toby ends up breaking into his plush pad on his own.

When Jay learns his girlfriend (Varada Sethu) is pregnant, he hangs up his spray can and the pair part ways.

Babak Anvari (director of the brilliant 2016 horror Under The Shadow) has made the self-righteous Toby a very difficult hero to root for. But we’re fully on his side as he creeps around Blake’s basement and follows muffled screams to a hidden metal door.

If you’ve seen The Collector or Don’t Breathe, the set-up will feel familiar.

But the script takes an unexpected turn at the midpoint, shifting attention to Toby’s put-upon single mum (Kelly Macdonald).

Anvari’s satire loses its focus as the plot builds towards an unsatisfying finale. But Bonneville is horribly memorable as the sinister toff who can tie the police in knots with his old school connections.

He may have just ruined Downton and the Paddington films.