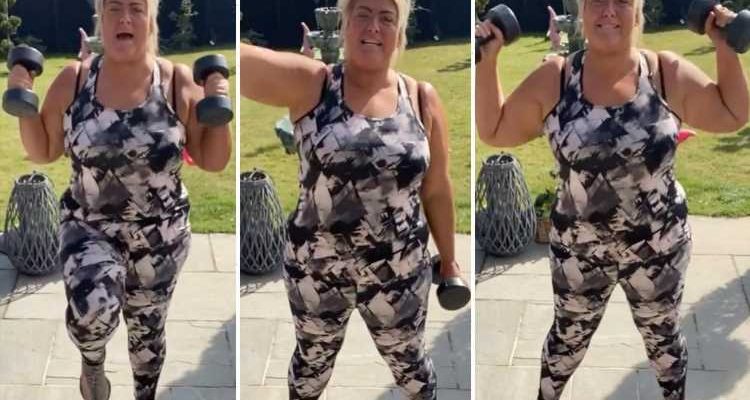 HUNGOVER Gemma Collins struggled through a sweaty workout on Instagram this morning after a boozy night out.

The reality TV star dragged herself out of bed at 8am today and slipped into a bold workout outfit. 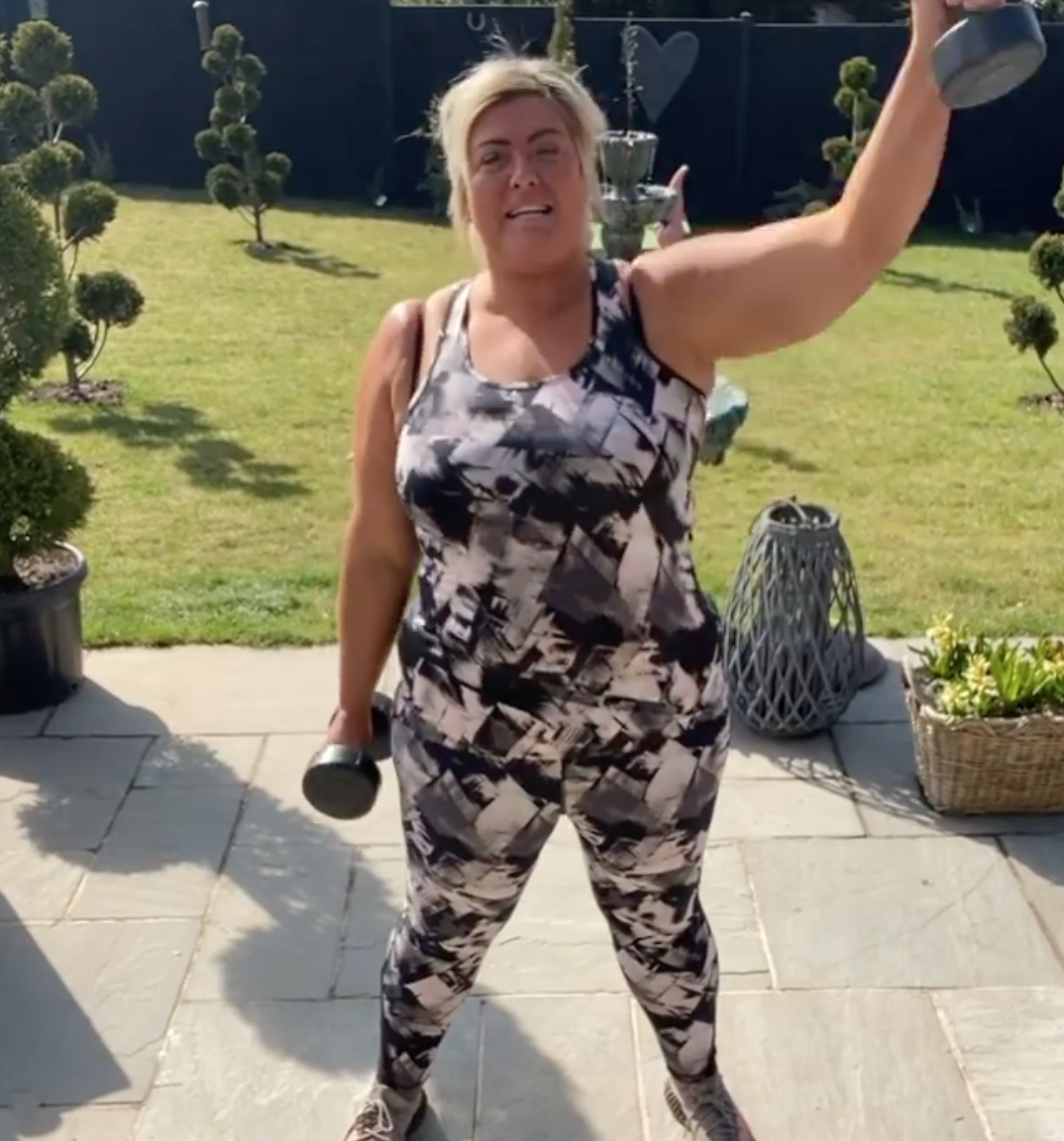 Gemma, 40, confessed she had a couple of glasses of wine on Friday, admitting they left her feeling ropey today.

But she said it's important to get up the next day and carry on as she motivated fans to stay healthy – after recently shedding another 5lbs.

Speaking about her health kick in her garden, the Towie star rallied her fans and said: "Yes we all went out yesterday, I did, everyone did but we've got to get back on it today so I thought I'm going to spoil you lot with a little video of what I do to hopefully keep you motivated.

"Everything's open now, can we resist the temptation? 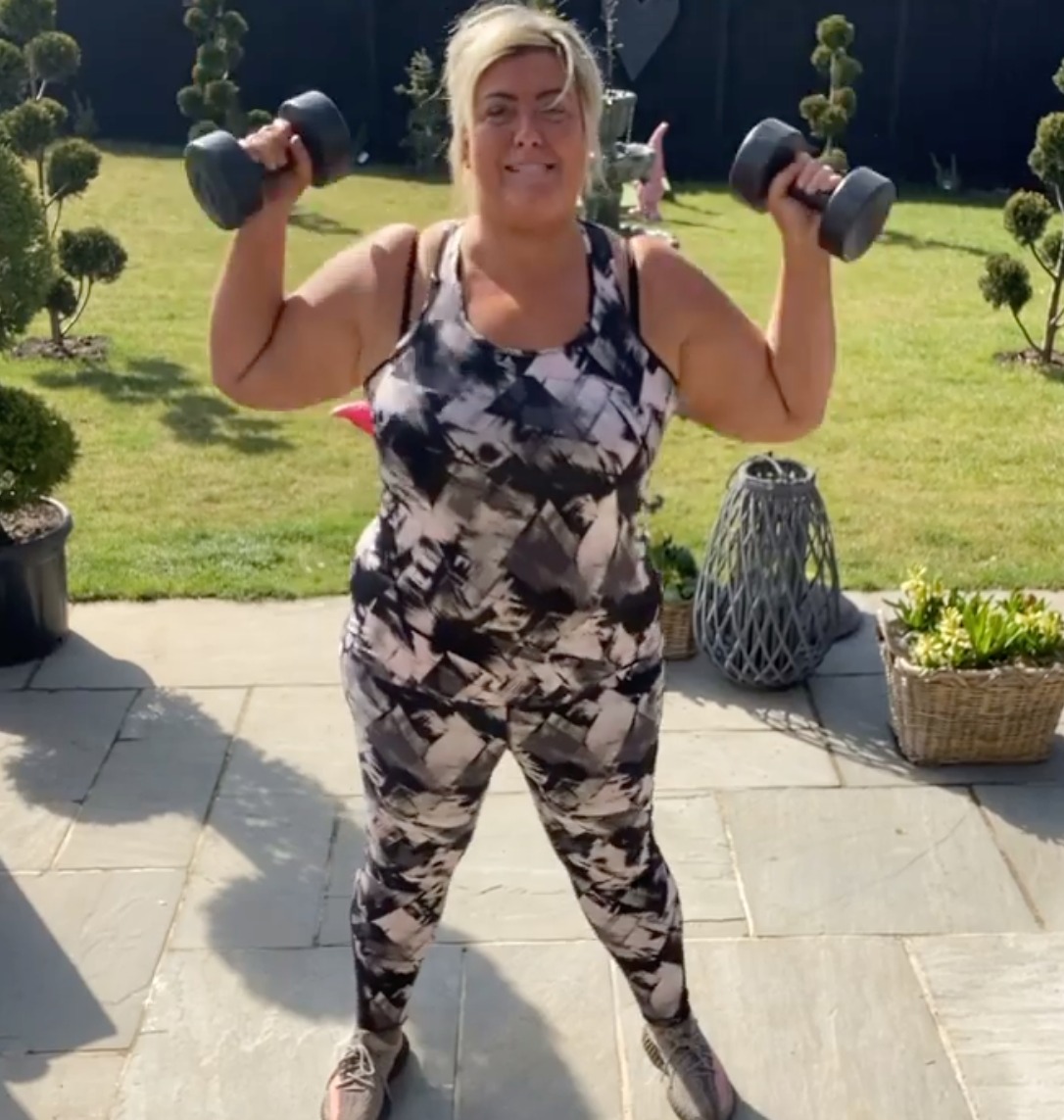 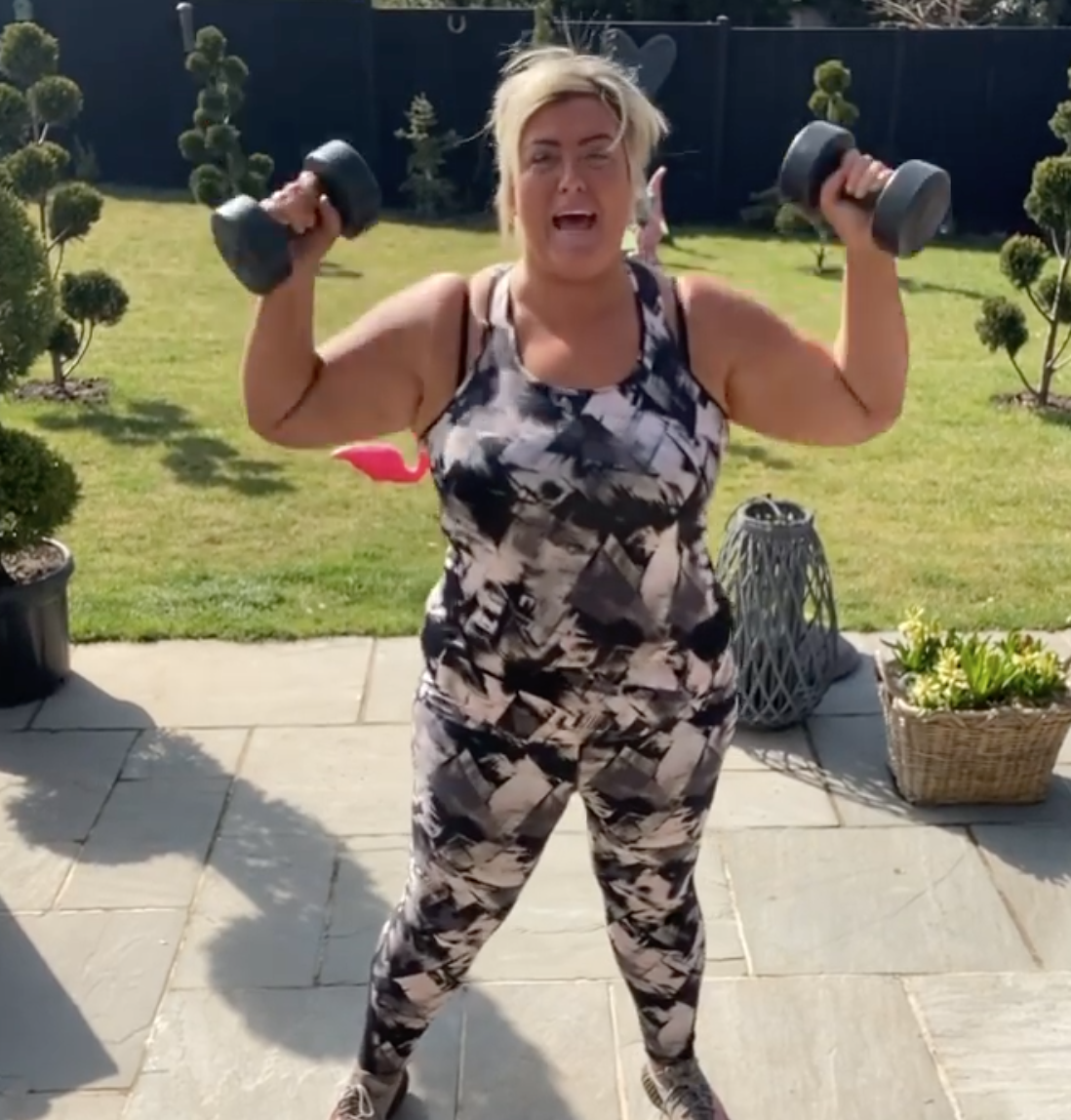 "I did go out last night and had two glasses of wine, and I feel it today.

"So I'm just putting this out there for anyone who had a few little drinks today because I'm going to be honest, well deserved, because part of a lifestyle change if you go too hard it's easier to fall of the wagon. And I just want to say, don't be hard on yourself.

"I'm just coming on here to say I can really feel it today."

She was quickly thanked by fans who also loved her workout look of black and white leggings and vest. 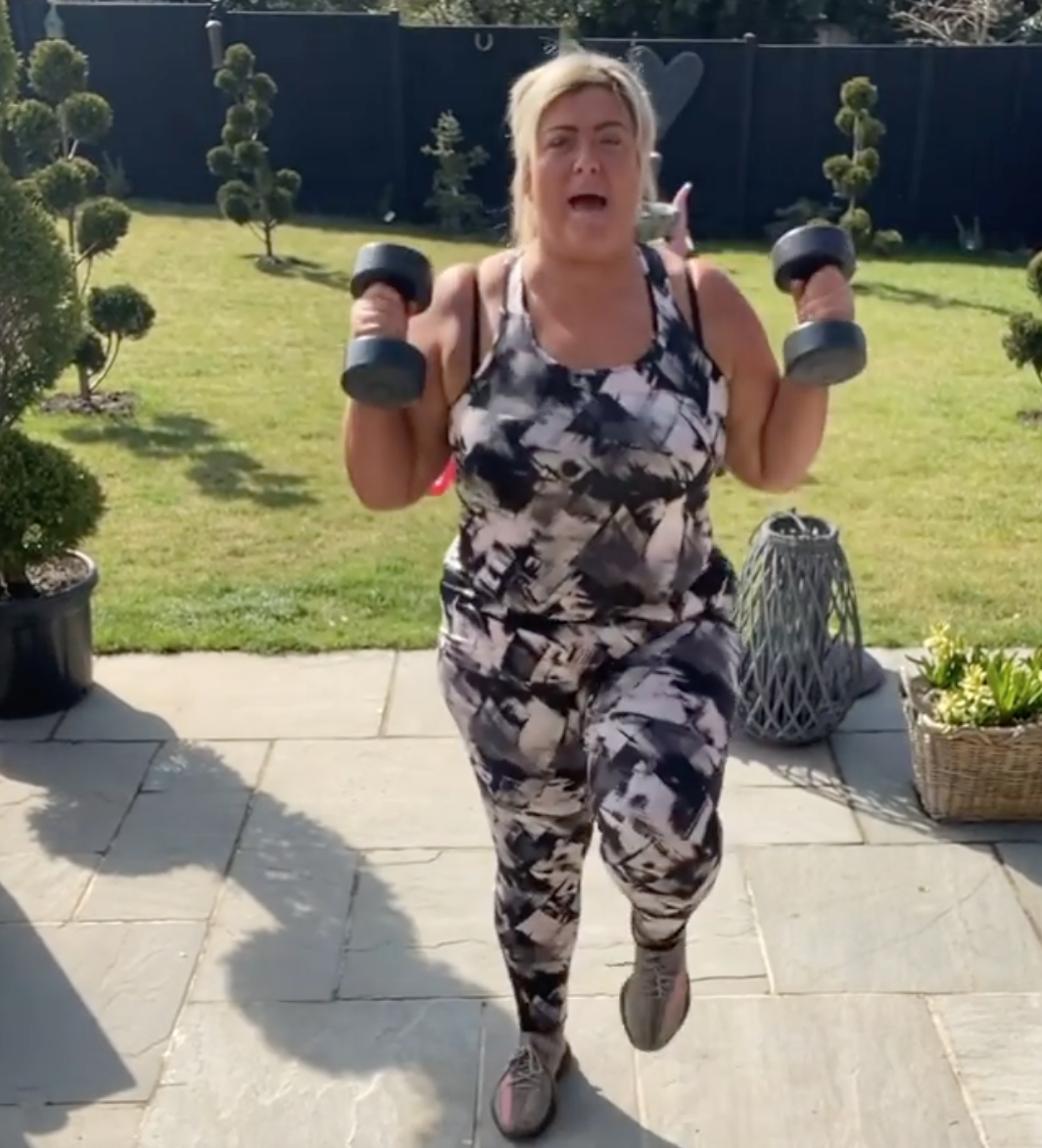 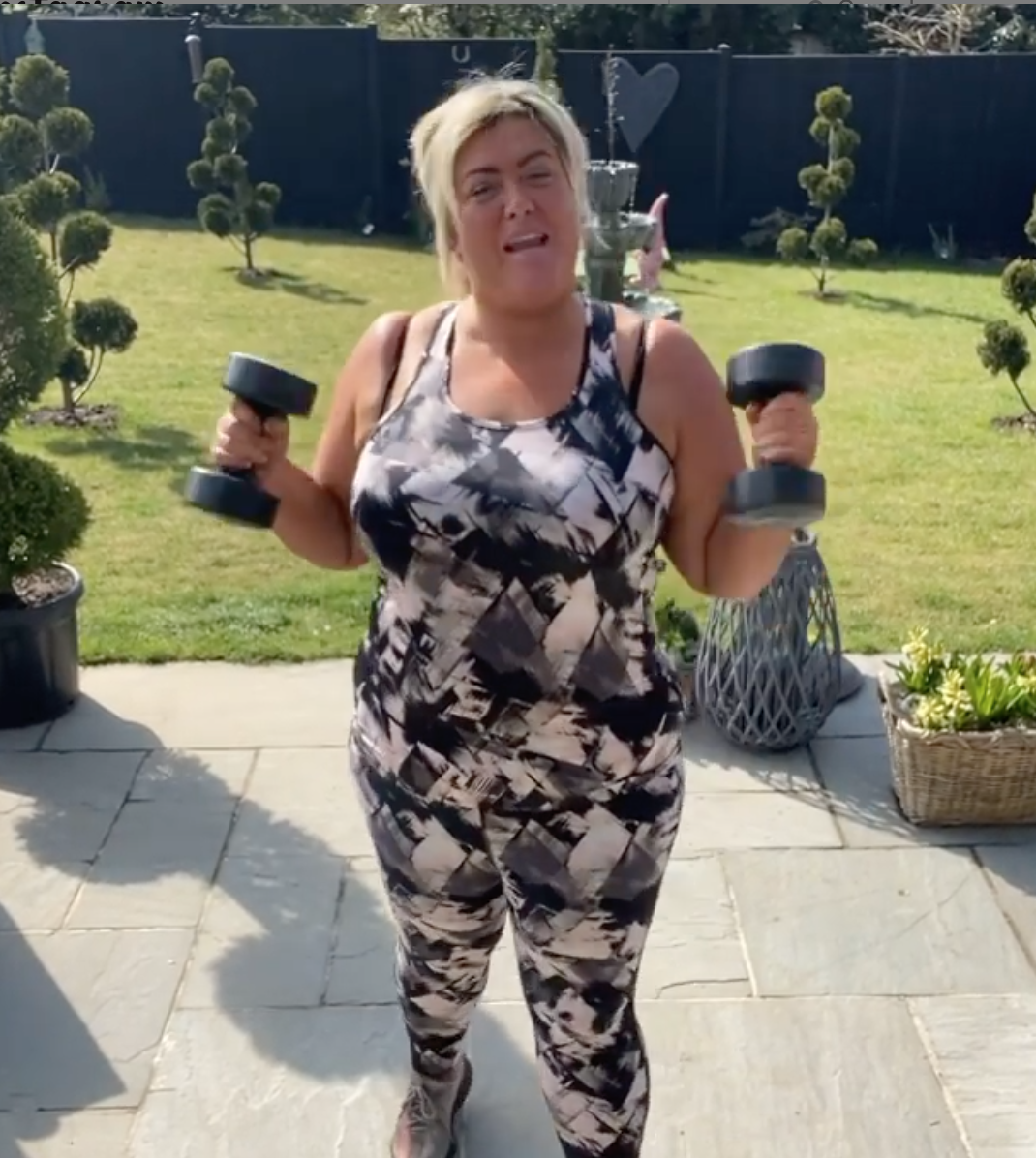 One said: "Go girl! Totally agree just because we go out now doesn’t mean we should slip! Where is your gym wear from? Xx"

Missing from her video was her old engagement ring, which Gemma has been spotted wearing again after rekindling her romance with ex fiance Rami Hawash.

The GC has reunited with her ex-fiancé Rami and has now been spotted wearing the diamonds he proposed to her with in 2013.

Gemma was snapped with the sparkler on her right hand – not her left – while out for a girls' dinner with her pals in London. 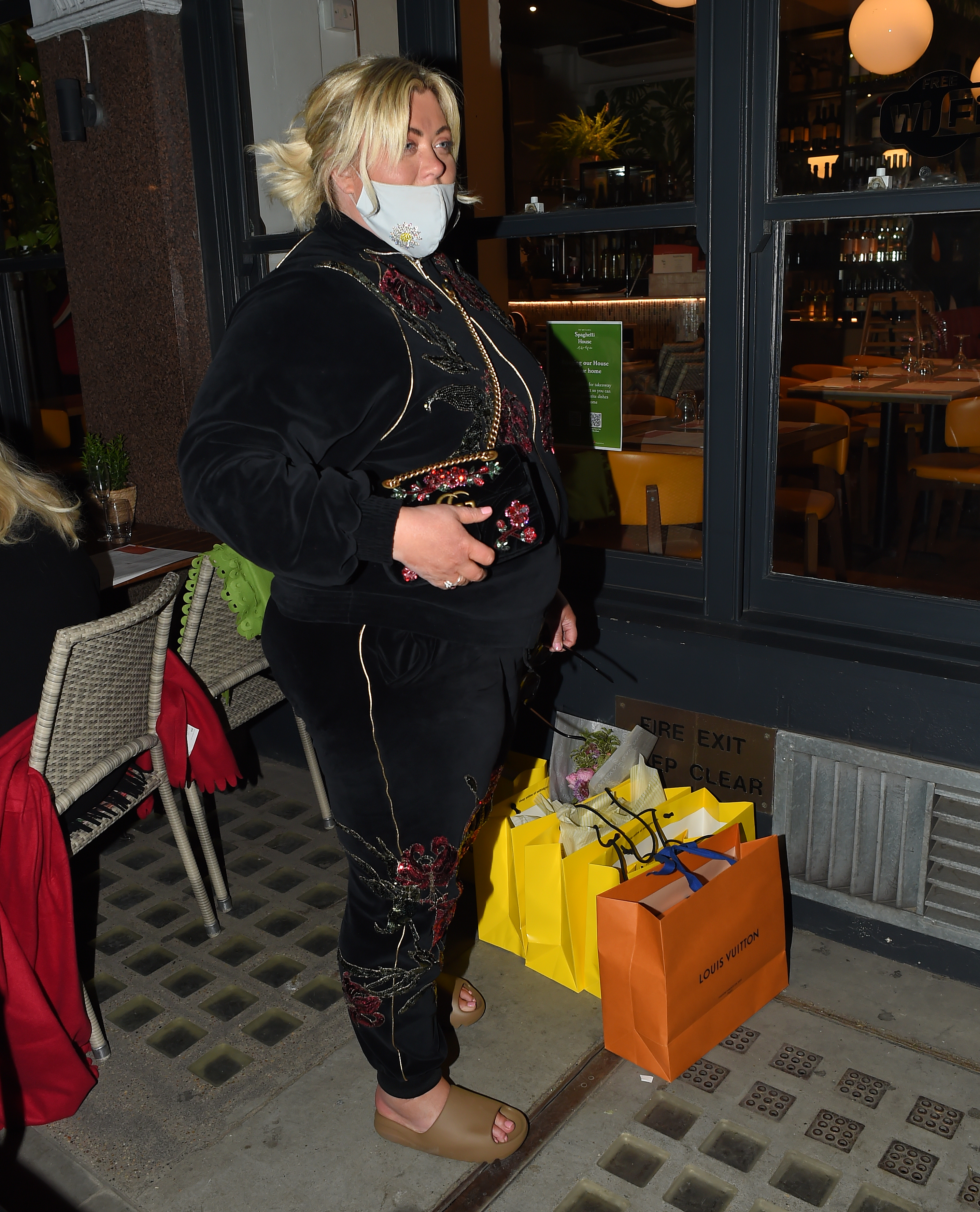 Although it is not on her wedding finger, the sight of Gemma's throwback jewels will get fans speculating about how serious her rekindled romance with Rami is.

On Sunday, the former Towie star was spotted kissing and cuddling Rami as they enjoyed a romantic sushi meal together.

The couple previously split in 2014 after three years of dating, but they grew close again during lockdown and following Gemma's break-up with James 'Arg' Argent. 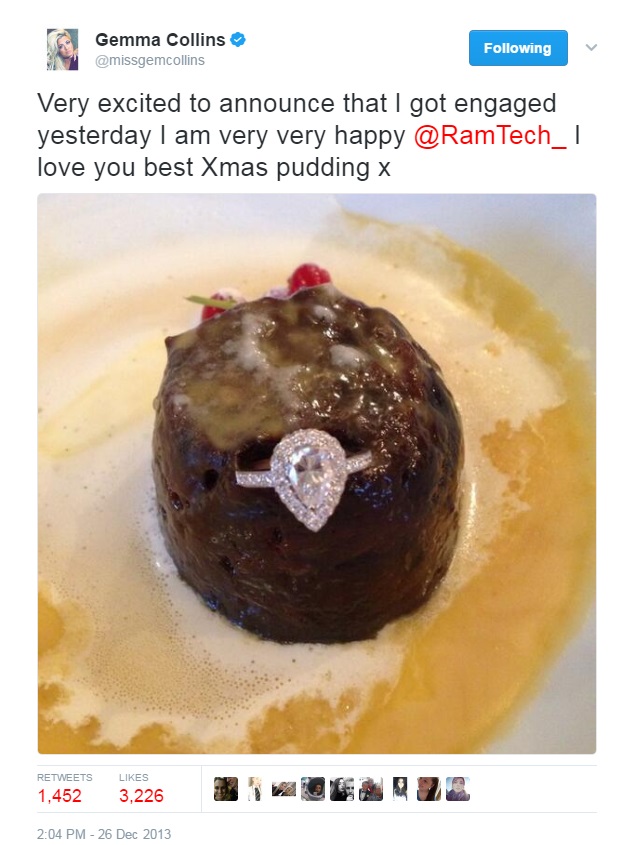