WHAT most people love about Roald Dahl is that even when he was writing about the most sickly sweet subjects, such as chocolate, there was always a bite to his tales.

That was reflected in the children’s author’s personality — because he had a reputation for moments of sourness and spite. 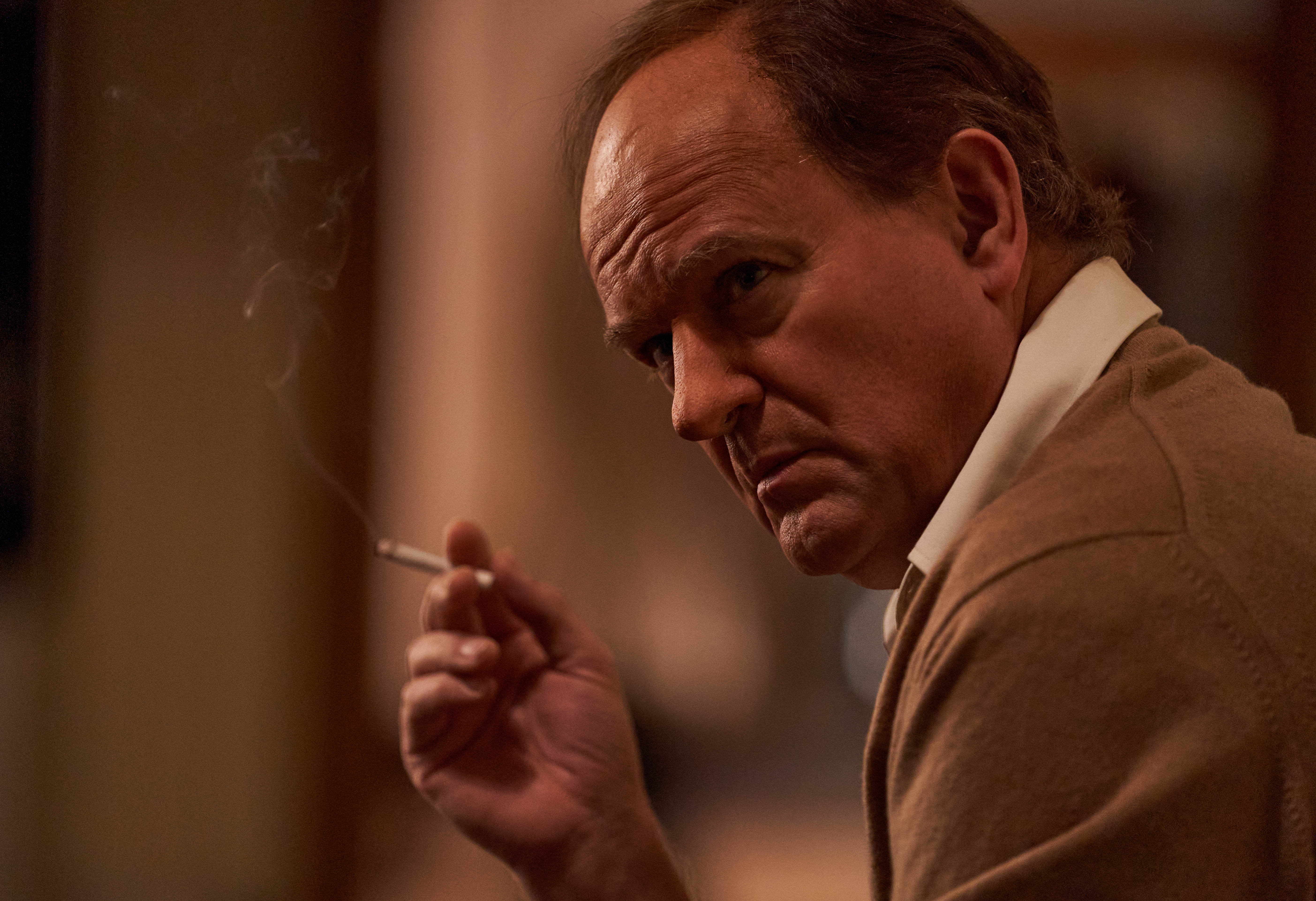 Unfortunately, Hugh Bonneville isn’t the natural choice to portray such a multi-dimensional character.

The Downtown Abbey star is to acting what candy floss is to confectionary — reliably light and fluffy.

That is not to say he doesn’t attempt to move away from his loveable Paddington and Notting Hill personas in this new Sky Cinema drama.

To Olivia recounts the darkest period of the life of Dahl and his wife, movie star Patricia Neal.

It tells how their marriage was tested to the limits when their eldest daughter Olivia died at the age of seven from measles.

The Charlie And The Chocolate Factory author goes from a playful father to a short-tempered, cruel and mean one, unable to escape his grief. 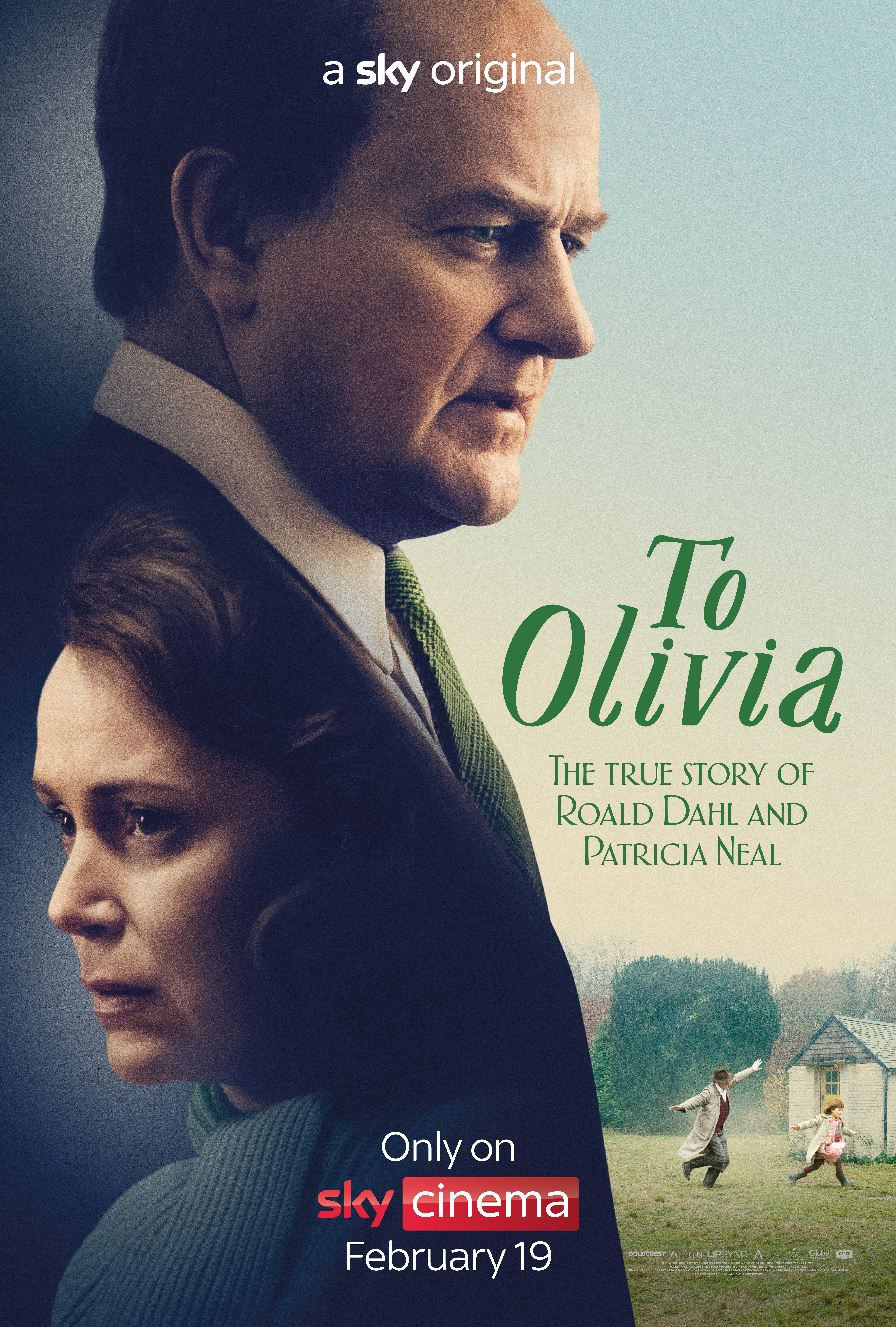 When Bonneville barks it is all too briefly believable, with the big, friendly giant lingering.

Fortunately, Keeley Hawes is much more at home in the skin of the strong, yet fragile wife.

Neal was a bona fide Hollywood idol, who had starred in several major movies before meeting Dahl and later went on to win an Oscar.

Here we see her pulled apart by her devotion to her young family in a rural part of Home Counties England and a desire to return to making movies.

Hawes radiates that inner turmoil and then notches up the I’m-not-taking-it-any more dial when her husband grows increasingly unreasonable.

Neal’s struggle to regain the confidence in her ability to return to her chosen career is undermined by Dahl, who these days would probably be accused of gaslighting. 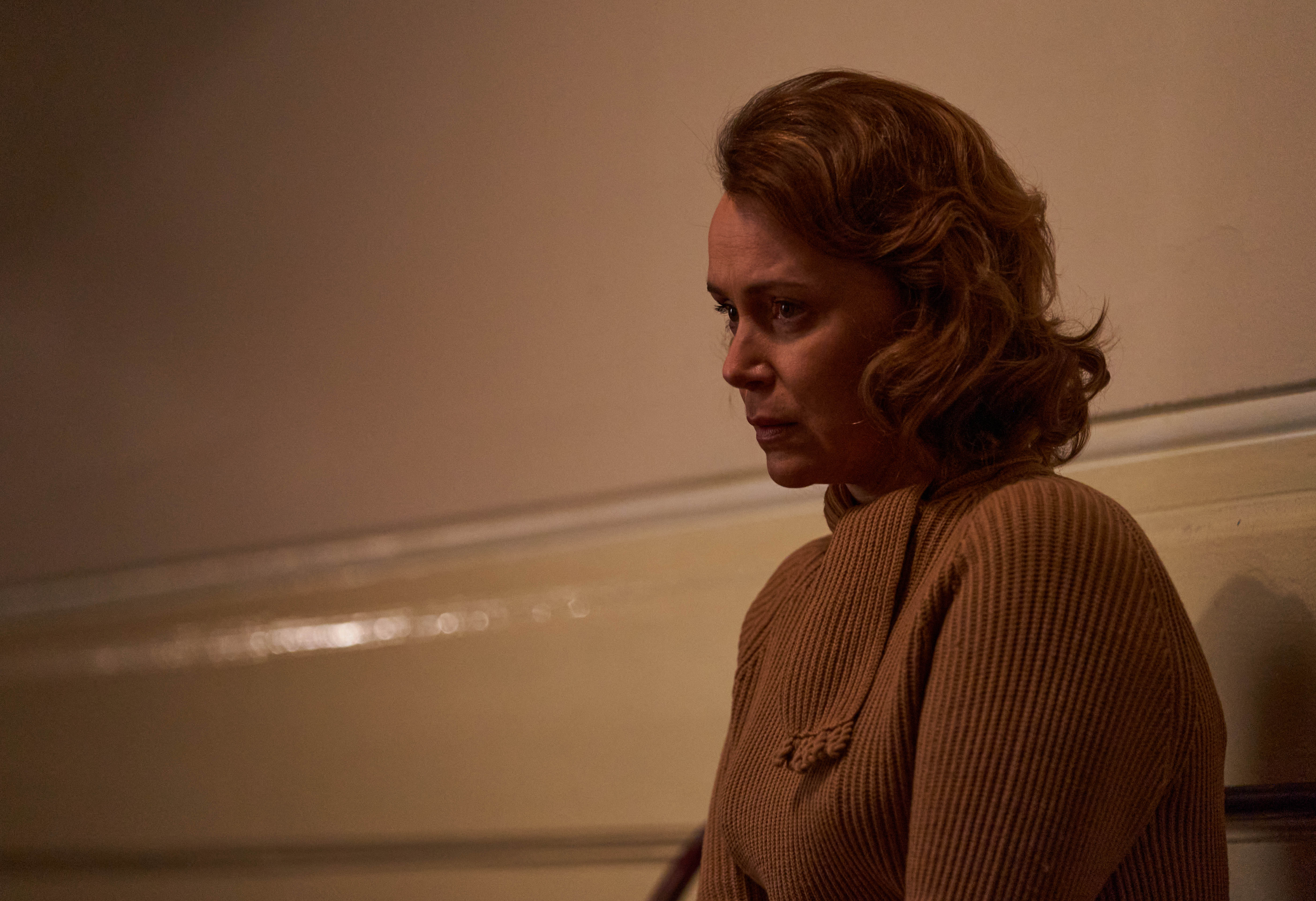 So, while this drama might be set in the early 1960s, it will certainly resonate with modern audiences.

And it’s Hawes’ edge which prevents this family-friendly production from becoming so light it floats away aimlessly.

Her performance suggests that she is the one who should be given a shot at making it in Hollywood.

Bonneville, though, isn’t worthy of that golden ticket.

IF you want the debate about who is the greatest footballer of all time to go on for ever, don’t watch this documentary.

Because once you have seen Pele, there is only one conclusion to reach. 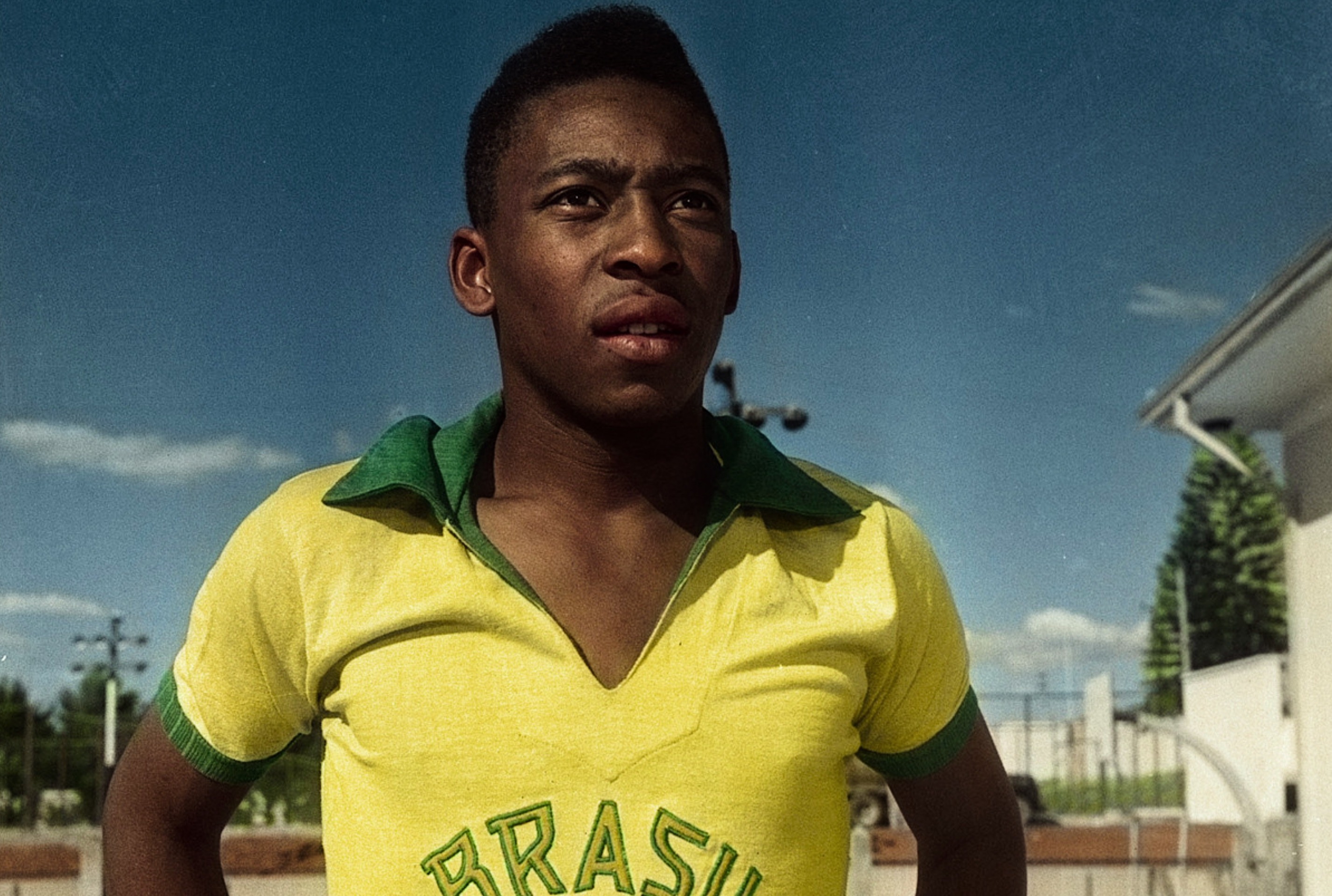 It’s not just that the Brazilian striker is the only player to win three World Cups or that he scored a remarkable 1,283 goals in 1,367 games.

And it’s not the way he dribbled past players, turned on a sixpence, shot from distance, passed selflessly and climbed majestically in the air that set him apart from other players.

No, it’s Pele’s humanity and humility which makes him the true king of the beautiful game.

His lack of vanity is shown when he arrives for his interview on a Zimmer frame, his absence of greed was demonstrated by his decision to stick with his boyhood team and his passion is revealed when he weeps about bringing the World Cup home to Brazil.

There is an attempt in this Netflix film, which airs from Tuesday, to tarnish Pele by linking him to Brazil’s former military junta. But that mud doesn’t stick to his unble-mished boots.

We also see how negativity about this superstar did, for a while, undermine his love for the game. But when you see Pele playing with a smile on his face, it lifts your spirits.

I CARE A LOT

THERE are a lot of Bond Girls whose Martini you would not want to risk shaking or spilling – but Rosamund Pike certainly has one of the most menacing auras.

In this darkly comical drama, the British actress plays corrupt court- appointed guardian Marla Grayson, who is supposed to care for vulnerable people. 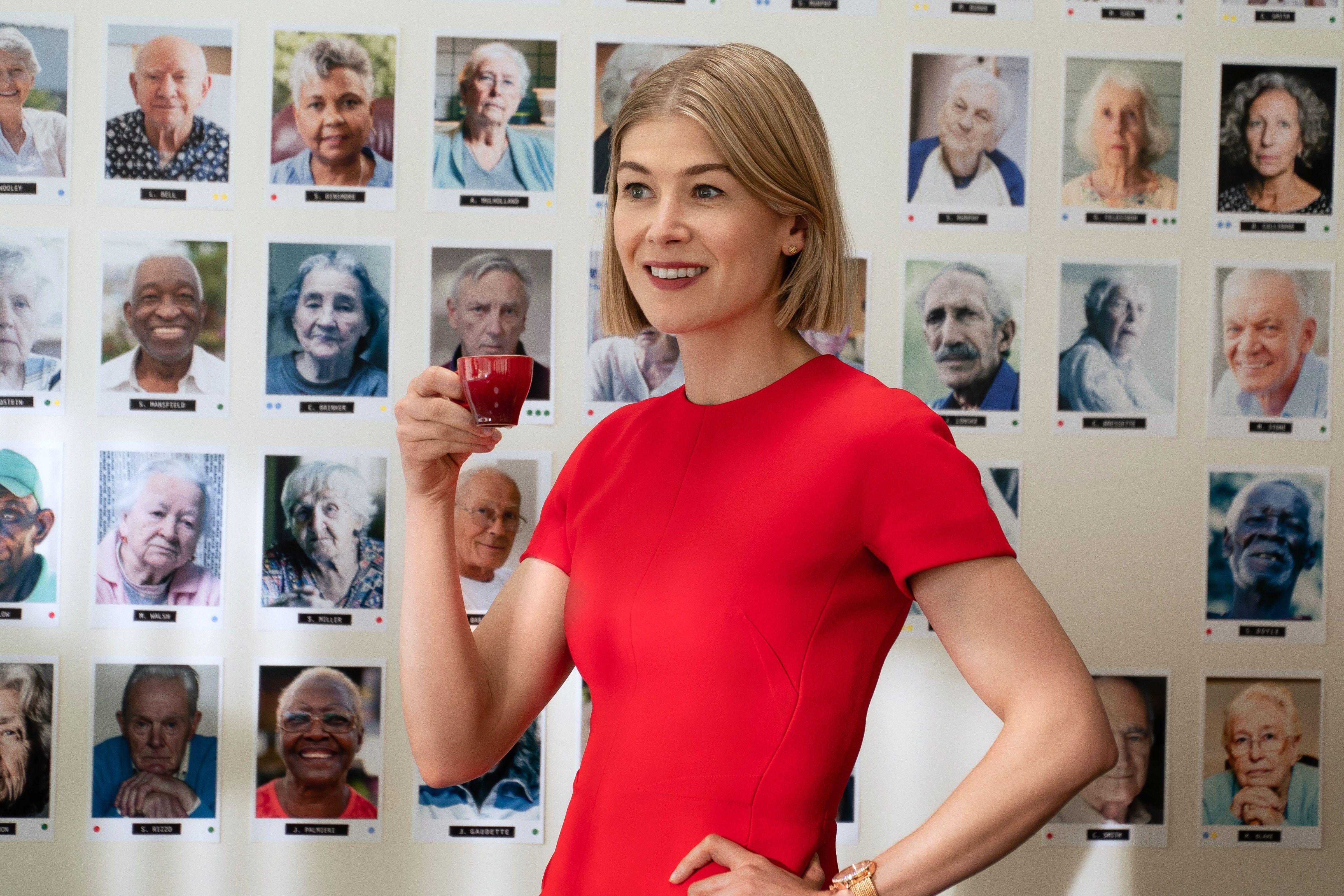 But instead, the immaculately dressed Marla is a predator who exploits them for her own financial gain.

Nothing, not even a very dangerous man called Roman Lunyov, played by Peter Dinklage, will halt her relentless pursuit of the American dollar.

When she tells a threatening chap, “Don’t touch me” you can see the fear in his eyes.

Nonchalantly tipping her shades when faced with death, Rosamund is more ice cool than the Scottish village Braemar last Thursday.

The actress makes the vape-smoking Marla chillingly calculating and charming all at the same time.

That tone is perfect for this Amazon Prime Video release, which mixes social commentary with outright action and entertainment. I Care A Lot is a movie deserving of your attention.