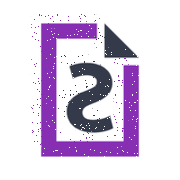 It seems these days that almost every TV show is getting some kind of revival, reboot, or spinoff. Falling back on familiar characters and already-beloved plot points makes it easier for creators to get buy-in, so hitching a ride on a popular show’s success can be a winning strategy. Some spinoffs even end up better than the original!

Whether or not that will be the case for the much-anticipated How I Met Your Father remains to be seen, but as details continue to emerge, fans are getting excited about the upcoming series. One thing they’re still anxious to know is just how much it will tie in with How I Met Your Mother and what guest appearances we can expect to see from the original series’ stars.

How I Met Your Mother was a consistently popular sitcom during its entire nine-season run. It premiered in 2005, and the 2014 series finale was a shocking reveal that had fans glued to the screen. In the years since, fans have missed the show’s impressive ensemble cast, and now they’re anxious to hear more details about the upcoming How I Met Your Father, a spinoff of the original.

The details about the upcoming Hulu series are still sparse, but we do know a little. First, we know that Hilary Duff will be starring as Sophie, the main character who is recounting tales of her youthful past (beginning in 2021). Like the original, the story is set in the future with the protagonist telling her children about her group of friends and how they figured out life, love, and everything in between while they were finding their footing in adulthood.

The formula for a successful sitcom is certainly present in this new effort. It brings the opportunity for an ensemble cast with great chemistry but also promises an updated premise that will make the show accessible to a new generation of viewers. When dating is more about phone apps, and friendships are forged and lost over social media, the landscape of young adulthood simply looks different.

Duff was coy when asked about how much the two shows will merge, but speaking in an interview for SiriusXM, she assured fans that the script is “so good” and that it will be a great continuation of the show they knew and loved.

“I don’t want to give it all away,” Duff went on. “It does tie in, and hopefully we’ll have some fun guest appearances from the original cast.” She points to the opportunities for love stories and says that Sophie is good friends with “three dudes,” and fans will be on the edge of their seats trying to figure out which one is “The One.”

Duff ended her interview by making it clear that “nothing is totally set” and that the script is still undergoing rewrites and revisions, so even she is in the dark about many of the details.

What guest stars would fans want to see?

With that promising — but cryptic — information from Duff, fans aren’t going to be getting a lot of confirmation about who will be appearing anytime soon. In the meantime, we’ll have to just speculate about who would be the best guest stars to return for the spinoff.

Fans have already started weighing in on their hopes. Of course, an appearance from the original’s main cast would be great, but viewers would likely be thrilled with some cameos from those in smaller parts as well. Seeing Sandy Rivers — the narcissistic journalist — make a return would be quite fun. Wendy the Waitress or George “The Captain” Van Smoot would also make fun nods to the original that might be easy to write into the new series.

Obviously, part of the fun of a spinoff is giving the original fans some Easter eggs to get them invested in the new show, so we’ll have to tune in to see how creators pull it off.