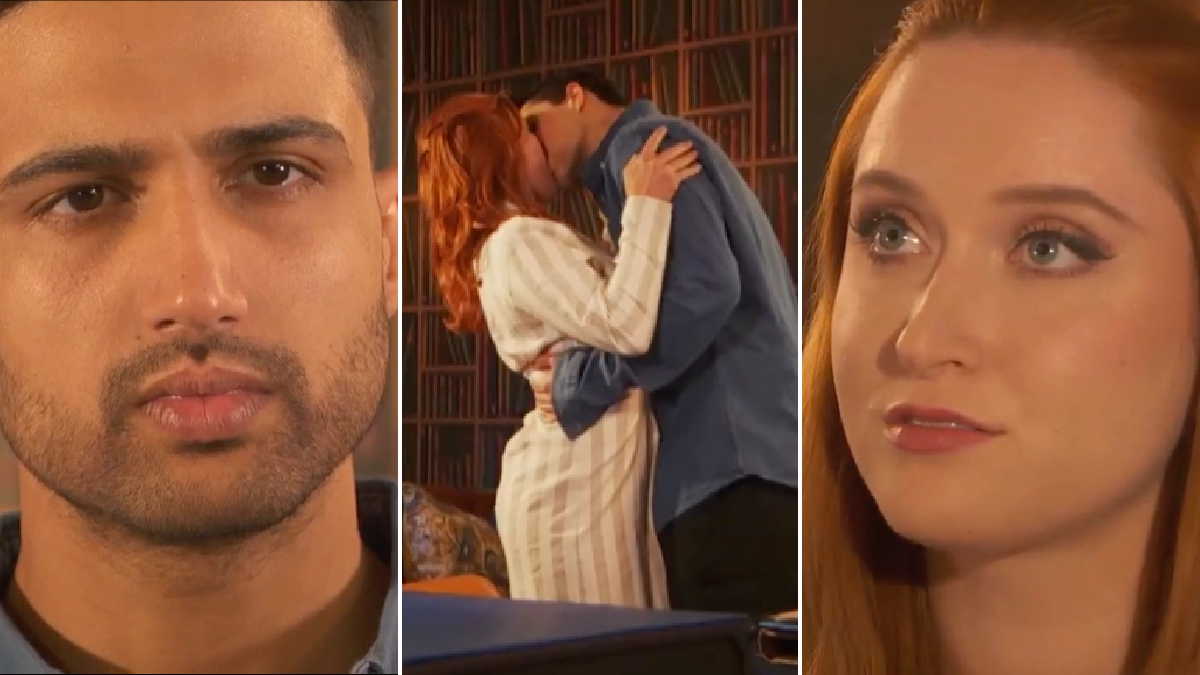 Shaq has been harbouring feelings for Verity for quite some time now, but he had been under the impression that these feelings were not reciprocated.

Verity, however, does in fact hold a candle for him, which she feels incredibly guilty about, given that she’s in a relationship with Sami.

The lawyer came clan about her feelings for Shaq to heartbroken Theresa McQueen (Jorgie Porter) earlier this week, but admitted that she has no intention of acting upon them.

But she evidently changed her mind.

Shaq, meanwhile, had other things on his mind during tonight’s (September 2) edition of the Channel 4 soap, as he attempted to process the news that he and Sami were not biological siblings after all.

Sami, Yaz (Haiesha Mistry) and Imran (Ijaz Rana) went out of their way to make sure Shaq, biologically or not, felt as though he was part of their family, and Shaq was noticeably touched by their efforts.

But he couldn’t shake the guilt over his feelings for Verity, which forced Verity to admit that she feels the same way!

‘What if [Sami’s] girl has got feelings for you too?’ she said.

Shaq was stunned to silence, as he watched Verity walk towards the door of the Dee Valley office, locking it shut, before shutting the blinds.

She returned to where she was previously and locked eyes with him, before placing her hand on his face and leaning in for a kiss.

Shaq reciprocated, and before long, the duo were embroiled in a passionate snog.

But does this mean that Verity has made her choice?

She went to the ends of the earth to win back Sami’s affection following her baby lie, so will she throw away what she has with him in favour of a romance with Shaq?

Actress Eva O’Hara weighed in on Verity’s dilemma, telling Inside Soap that the character is feeling very ‘guilty’ about her actions.

‘Verity has always had such a sweet romance with Sami,’ she said, ‘but I think it’s that kind of “forbidden feelings” thing that often happens in a relationship, where you risk something that’s good for the possibility of something that’s exciting and new.

‘Verity has lied to Sami before. So she is used to a bit of manipulation, whether she means it or not. And she does feel guilty.’